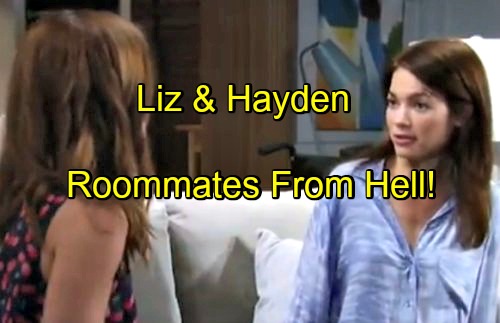 Liz advised Hayden to find another rich man to marry or, better yet, to go get a job. One of those is more appealing than the other. The problem is, Hayden is burdened by the Raymond Berlin legacy even though he’s no longer in the picture – and isn’t even her biological father. 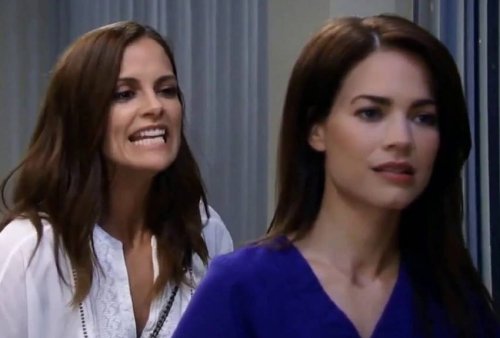 Hayden is falling for Hamilton Finn (Michael Easton) so hunting for a wealthy hubby isn’t what she wants to do. That means looking for a job. But Hayden will have more trouble coming soon because General Hospital spoilers tease that she’ll soon be kicked out of the castle.

Laura Spencer (Genie Francis) is back in Port Charles this week. With Spencer Cassadine (Nicolas Bechtel) off at boarding school and Nikolas Cassadine (Tyler Christopher) presumed dead, Laura might choose to shut down Wyndemere completely and move back into town. 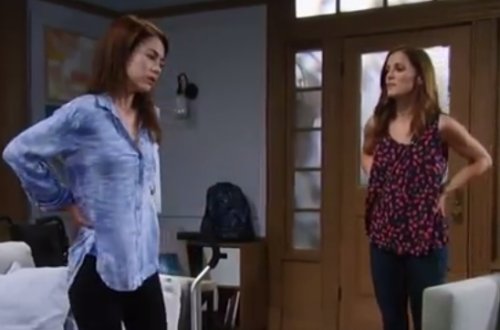 Even if Laura decides to keep Wyndemere open and live there, she doesn’t want Hayden lurking around as a reminder of her son’s bad choices. Laura will pack Hayden’s bags and tell her to hit the road – and she won’t care that Hayden has no place to go.

With her mom Naomi in jail and Raymond in jail and estranged, there aren’t many options. Finn and Hayden aren’t deep enough into their relationship for her to move into the MetroCourt with him. GH spoilers tease we’ll see Hayden on Liz’s doorstep in coming days looking for a place to live. 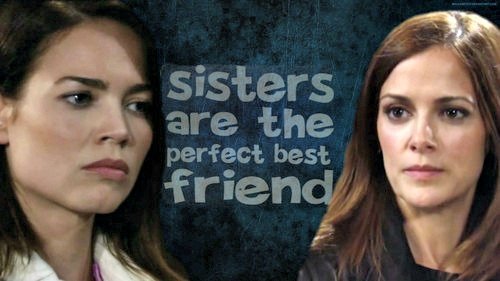 Liz was hoping the last time Hayden showed up that it might have been an attempt to get to know each other as sisters, but it was about a cash grab. Problem is, Liz has no cash to grab. Hayden now knows this and so when she comes knocking at Liz’s door again, it will be out of desperation.

Since Hayden did just save Liz’s life with a blood transfusion and Liz turning in the diamonds got Hayden’s mom locked up, Liz will feel guilty enough to allow her sister to stay – and that will be the start of tons more drama.

Liz never got along well with big sister Sarah Webber so this is a chance for her to try again for a real sibling relationship. However, we shouldn’t expect it to be hugs, love, and sisterly pillow fights anytime soon. But this is a big first step in the right direction for them.

Thank you so much for tweeting with me today! The constant support for Elizabeth never ceases to amaze me. #AskGH #GH

Hayden has made cracks before about Liz’s kids and her having three baby daddies, but now Hayden will realize those boys are her nephews and she’s “Aunt Hayden.” She did well with Spencer, so Liz’s boys might like having their aunt around since they’re short on family, too.

There’s lots to be explored here and it will be exciting to see Hayden and Liz under the same roof, fussing, bickering, and eventually bonding. What do you think GH fans? Are you ready for some sister sass as the two try to survive living together?

The results are in. pic.twitter.com/4mgDNnjT2z