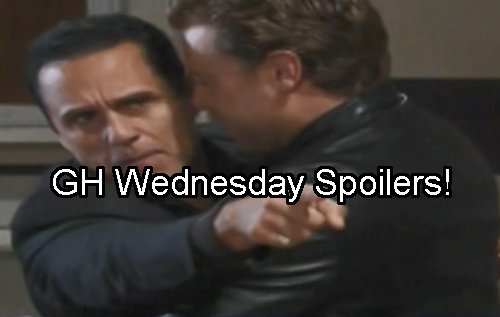 New General Hospital (GH) spoilers for the Wednesday, October 26 episode reveal Sonny out of control, Carly lashes out physically, Jordan gives Curtis a warning he doesn’t like, Franco gets jealous, and Nelle works on Michael while Maxie rages about Claudette.

At the MetroCourt, there’s drama galore. Julian Jerome (William deVry) and Alexis Davis (Nancy Grahn) get into a nasty conversation and Alexis tells Julian it’s all his fault that Morgan Corinthos (Bryan Craig) died. Julian says something about Morgan that sets off a nearby listener. 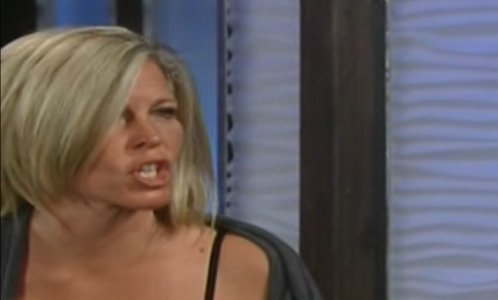 Carly Corinthos (Laura Wright) is there and hears the terrible thing Julian says and she goes off. Carly slaps Julian so hard it sounds like a whip snapping and all eyes turn to take in the spectacle. Alexis speaks to Carly after this ugly incident and offers her condolences. 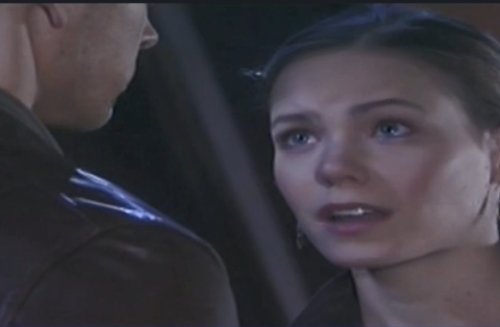 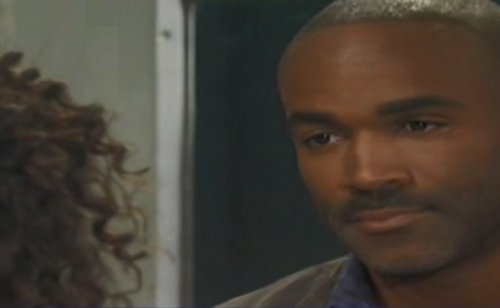 Nelle says if Sonny is left alone, she’s not sure he’ll make it. It seems doubtful that Michael is open to sympathizing with his dad about anything. Curtis Ashford (Donnell Turner) is hard at work on the case to prove Sonny planted the bomb in Julian’s car.

After Curtis grilled TJ Ashford (Tequan Richmond), he realizes he has to go to the source to get answers. Curtis shows up at the PCPD asking questions about the cops’ investigation into Morgan’s death. Jordan realizes that Curtis is looking into the case as well. 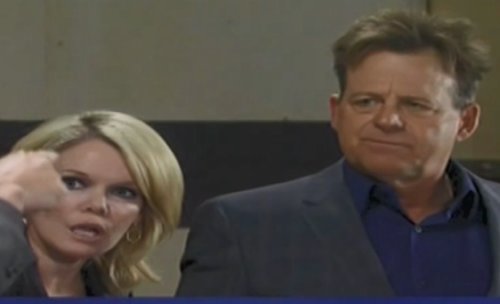 She doesn’t like it and tells Curtis to back off the investigation. He refuses. Jordan threatens to come after him at the same time she’s coming after Sonny. Does Jordan think assume that Curtis is working for Sonny and that’s why she’s being so hostile towards him?

Curtis will not back down no matter what Jordan says so Jordan tells Valerie Spencer (Brytni Sarpy) to keep a close watch on Curtis and let her know what he’s up to. Will Valerie agree to spy on her boyfriend for her boss?

Thanks everyone for chatting!! Enjoy @GeneralHospital today!! I had fun shooting w @TheRealStafford !! Keep eye’s open for #Julexis

Lots to see on the next GH. Share your comments on the spoilers for the Wednesday, October 26 GH episode and check back with CDL often for all the latest General Hospital spoilers and news.