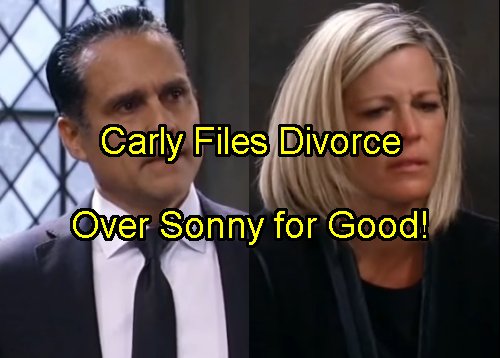 New General Hospital (GH) spoilers reveal that Sonny Corinthos (Maurice Benard) may assume things will be good between him and Carly Corinthos (Laura Wright) now that Jason Morgan (Billy Miller) is hot on the trail of the real bomber. But Sonny couldn’t be more wrong. His fifth marriage to Carly is doomed.

Sonny insisted he hasn’t decided yet what to do about the bombing culprit, but Carly is certain he won’t back down from revenge. Carly threatened Sonny that he has to change or she will. But Sonny won’t listen. Even though Carly walked out on Sonny once already, he doesn’t seem to take her seriously.

Their long history of Sonny engaging in crime and violence and her taking him back and loving him anyway has shown him that Carly never sticks to her ultimatums with him. Sonny is confident that he can do what he wants to the car bomber and Carly will eventually come back around. 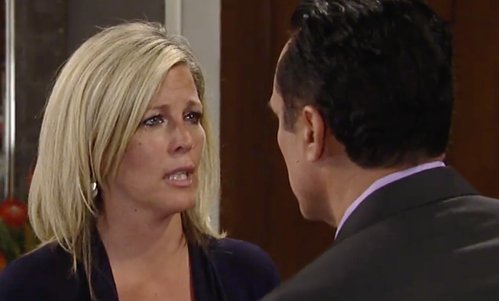 But is Sonny wrong? Has Carly finally hit a wall and she can’t muster up enough love to look past his crimes and the violence Sonny continues to bring into her life and the lives of her children? It’s one thing for Carly to forgive him for shooting her while she was giving birth, it’s another for her to lose a child.

Sonny is asking too much this time. General Hospital spoilers tease that the death of Morgan Corinthos (Bryan Craig) is the one thing Carly can’t forgive. She will soon file for divorce number five and it’s very likely she and Sonny might split for good unless the Morgan recast comes soon and stops the spiral.

Carly can’t forgive Sonny for Morgan’s death. Sonny now sees himself as innocent but Carly sees Morgan’s death still as Sonny’s fault in a way because his mob life choices are what brings this type of incident into their lives. 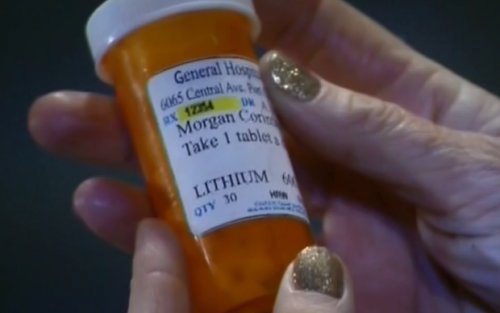 Even the eventual discovery that Ava Jerome (Maura West) tampered with Morgan’s meds might not change Carly’s mind. Ava is part of Sonny’s mob life and Sonny’s and choices resulting in him sharing a child with Ava is all part of it.

Is there anything that could redeem Sonny in Carly’s eyes? She admitted she loves him – the love isn’t likely to change. Love isn’t the problem. The problem is that Sonny won’t make a fundamental change to the way he lives his life. He’s a mob boss and doesn’t plan to stop.

If Sonny wants Carly back, he would have to make better choices – choices that he’s never been able to make and stick to in all the years he’s been in Port Charles. Does Sonny love Carly more than his way of life? If not, marriage number five seems to be dead with no chance of coming back. 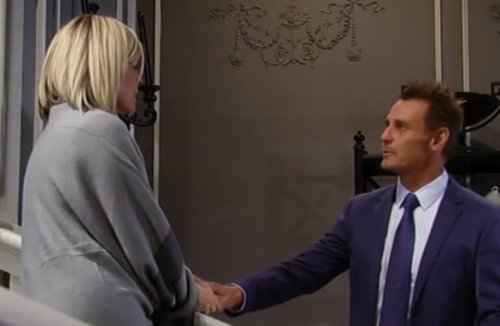 Jasper Jacks (Ingo Rademacher) being in town shows Carly that she has other choices and making better choices in her past might have kept Morgan alive. Will Carly try and convince Jax to stick around? Or will she leave town with him?

What do you think GH fans? Will it break your heart when Carly walks away from Sonny for good and files divorce papers to make the split with her hubby official? Will she turn to Jax to mourn the loss of her son and her marriage and wind up in bed with him?