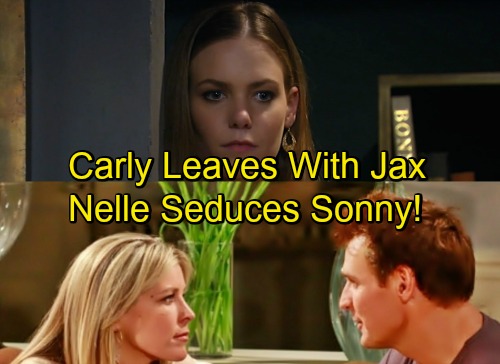 General Hospital (GH) spoilers reveal that Sonny Corinthos (Maurice Benard) confronts the people who are at his young son Morgan’s (Bryan Craig) funeral with his erratic, suicidal behavior. Sonny pulls out his own gun with the intent to kill himself to save the ones he loves from ever suffering because of him again.

Sonny’s estranged wife, Carly (Laura Wright) and his best friend, Jason Morgan (Billy Miller) have known since Morgan’s death that Sonny has been spiraling into a hole he might not be able to crawl out of. Carly has been too busy grieving for her son to reach out to Sonny and attempt to help him, especially since she blames him for Morgan’s death.

Carly’s knight in shining armor, Jasper “Jax” Jacks (Ingo Rademacher) arrived in town just in time for the funeral and to be the rock that Carly and their daughter, Josslyn (Eden McCoy), needed so badly. Their reunion couldn’t have come at a better time for her. Ultimately his presence gives her comfort and a sense of security, which shows her where she needs to be right now.

General Hospital spoilers sources reveal that Laura Wright is taking a few weeks away from filming to spend time with her family and pets. This tells us that it is a perfect time on-screen for Carly to choose to leave town with Jax, the safe and better choice for Joss. Carly no longer wants to subject her young daughter to the mob life of Port Charles, so they pack up and move back with Jax to Australia; but what does this mean for Sonny? 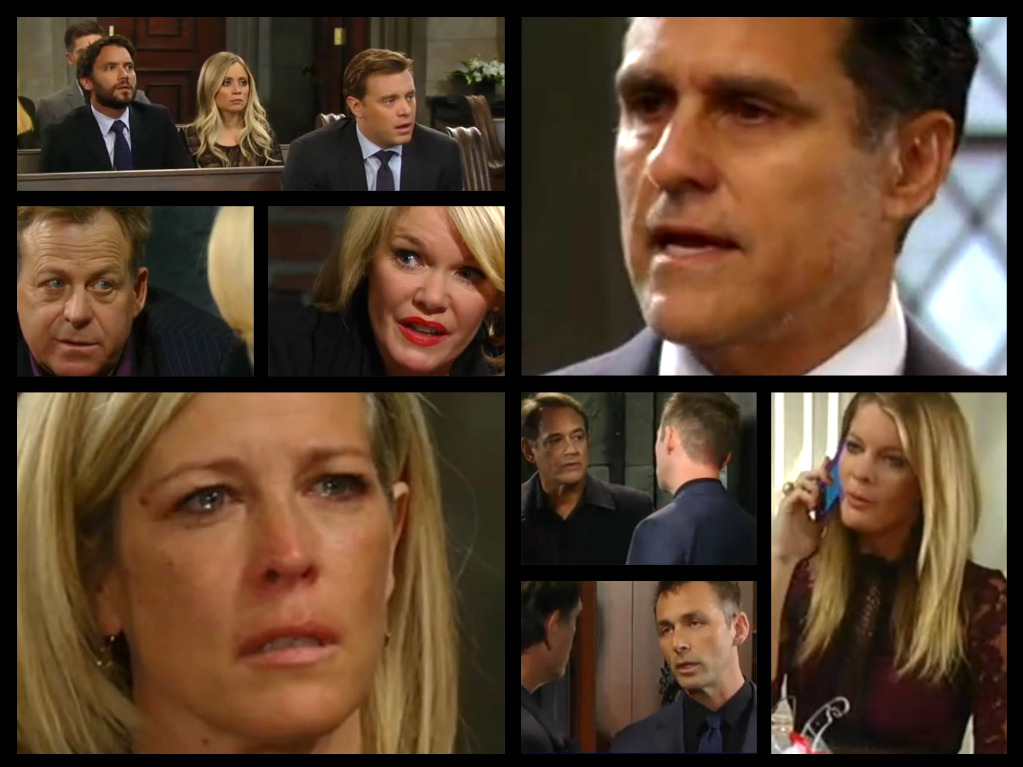 Sonny is destroyed because up until the moment Carly announces she is leaving with Jax, he felt there was hope for their marriage; that Carly would return to him like she has done time and time again. Left at home alone with his demons, Sonny may have been convinced not to kill himself, but he is still in a deep manic depressive state, very vulnerbale and using alcohol to self-medicate.

Ever since Nelle Hayes (Chloe Lanier) arrives in Port Charles, she has been entwined with the Corinthos family, and has become the one person Sonny has been able to rely on, for whatever he needs. Will Nelle use the opportunity of Carly’s absence to seduce Sonny? 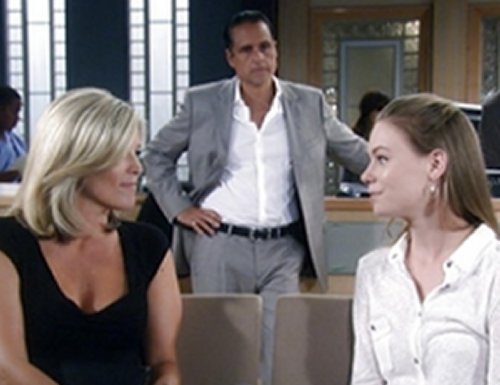 Nelle almost seems to be around too conveniently, and GH fans think that was exactly her plan from the beginning. Sonny becomes an easy target after he has drunk himself into a stupor, and literally falls into bed with Nelle.

How will Sonny react when he awakes in the morning to see a young Nelle in his bed, or maybe the real question will be, whether they actually slept together, or did Nelle just make it look like they did? Either way, Sonny is going to be very conflicted, guilty and possibly fall deeper than he’s ever been before – and without Carly, who will be there to lift him up?

Thank You Massachusetts –❤️🙏🏻 heading back to California 🌴🌴 #grateful #LaurasWorld