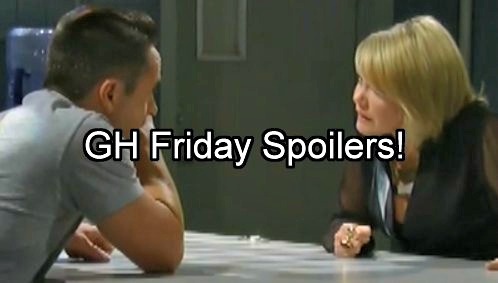 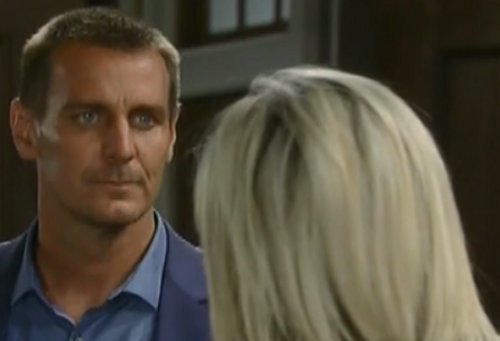 Looks like Jax will discover that Carly lied to his face, too, and doesn’t plan to stop. Carly reassures Jax that they’re both on the same side, but it doesn’t look like he’s buying her line.  Also, Curtis Ashford (Donnell Turner) may have made some headway.

Remember Nina had Curtis looking into shady doctors, and it looks like the former cop has found a solid lead. If Nina reports to Carly and Jax overhears, that might be what sets Jax off. General Hospital spoilers reveal that Jax will threaten Carly, likely with taking Josslyn back to Australia with him. 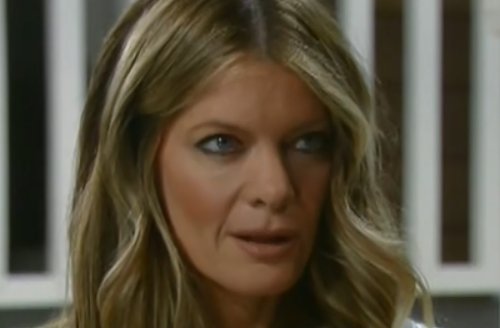 After Ava Jerome (Maura West) makes her official statement about Nikolas Cassadine (Tyler Christopher) being alive, but then dead again (as far as she knows), she visits with her brother Julian Jerome (William deVry). Julian feels the walls are closing in – and he’s not wrong.

General Hospital spoilers reveal that Julian tells Ava he has to escape and she’s got to help him. Julian also has to deal with Sam Morgan (Kelly Monaco) who comes at him furious over what he did to Alexis Davis (Nancy Grahn). Sam and Alexis talk about the Cassadines. 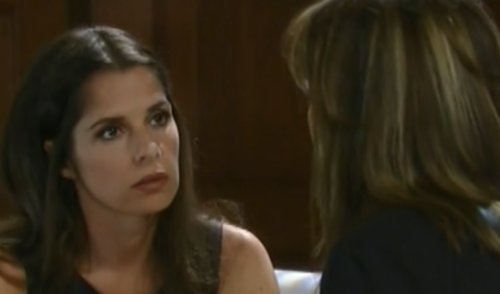 Alexis tells Sam that Cassadines don’t ever die, they rise from the ashes. Sam has to break the news to Alexis that Nikolas was alive but is “dead” again and about Valentin. Alexis will be stunned to find out her half-brother is in Port Charles. Alexis starts to crack from all the stress.

At the PCPD, Jordan Ashford (Vinessa Antoine) gives Jason Morgan (Billy Miller) an ultimatum that he has to stay put while they deal with Valentin. Jason doesn’t want to stick around, but Jordan threatens to toss him in the slammer if he doesn’t. 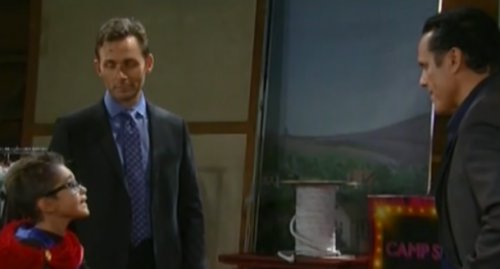 Backstage at drama camp, Spencer Cassadine (Nicolas Bechtel) is convinced that Valentin is there to take him to his father but Sonny Corinthos (Maurice Benard) shows up. Spencer introduces “Uncle Sonny” to “Uncle Theo” and then things turn bad.

Sonny blocks Valentin’s effort to kidnap (and perhaps kill) Nikolas’ son. Things could turn violent between the two men unless Jordan show up in time to arrest Valentin. Looks like Valentin could be headed to jail unless he can make an escape – or explain himself. 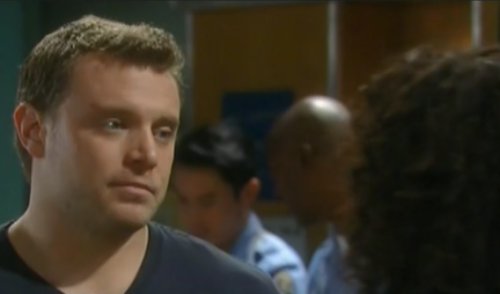 Jordan just pointed out that Valentin has no criminal record and there are no outstanding warrants. But if Kevin Collins (Jon Lindström) testifies that Valentin shot him and the others back him up, that could be enough to hold him. Is this the end of Valentin?

Lots happening on the big Friday, August 5 GH cliffhanger episode. Watch and then check back with CDL for all the hottest General Hospital spoilers and news.