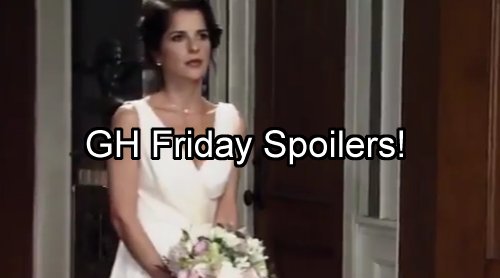 New General Hospital (GH) spoilers for the cliffhanger Friday, September 2 episode reveal that Jason and Sam’s wedding begins, The Jackal is back, Finn scrambles to help Hayden, Naomi comes at Franco, and Nina has a meltdown thanks to evil Ava.

Damien Spinelli (Bradford Anderson) is in Port Charles for the JaSam wedding and The Jackal will officiate the ceremony. We’ve already seen in GH spoilers video it will be an intimate and traditional affair hosted by the Corinthos clan. 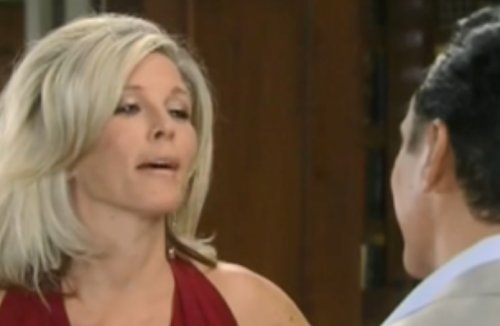 Carly Corinthos (Laura Wright) tells Sonny Corinthos (Maurice Benard) that she wants today to be all about Jason and Sam. However, Carly is still working a side agenda as she plans to keep Nelle Hayes (Chloe Lanier) in town and will hook her up with a job.

Jason Morgan (Billy Miller) and Sam Morgan (Kelly Monaco) snuggle on their wedding day and he tells her he’s got a surprise waiting for her. What could it be? Jason also owes Franco (Roger Howarth) a call, but will he phone his nemesis before the ceremony? 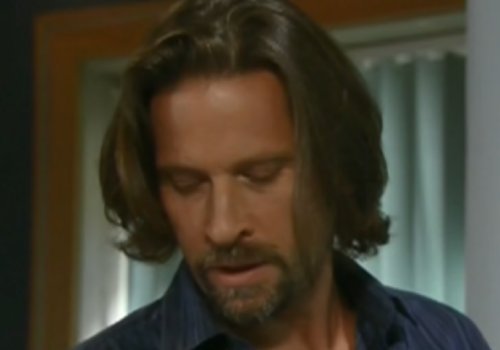 At GH, Franco promises that he will make whoever hurt Elizabeth Webber (Rebecca Herbst) pay. Problem is, Franco is focused on the wrong target. He thinks it was Hayden Barnes (Rebecca Budig) who’s chilling in a PCPD interrogation room.

Hayden expected to be arrested, but not for attempted murder. Naomi Dreyfus (Robin Riker) heads to Port Charles to defend her daughter and Hamilton Finn (Michael Easton) is also hard at work to save Hayden starting with a phone call. 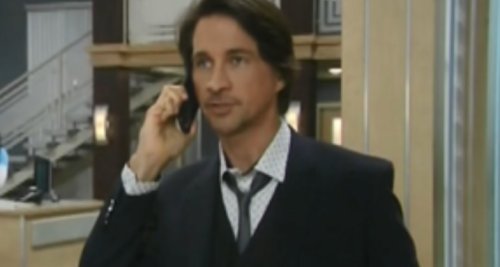 Finn phones up someone about their “mutual friend.” Sounds like he’s talking to Tracy Quartermaine (Jane Elliot) who is the only person Finn and Hayden have in common. Can Tracy get Paul Hornsby (Richard Burgi) to drop the charges?

Interestingly, Paul is the one that pushed Liz, so he might be happy to let Hayden take the heat for him. Naomi talks to Franco and gives him a warning. Will Hayden’s mom tell Franco to back off making accusations against her daughter? 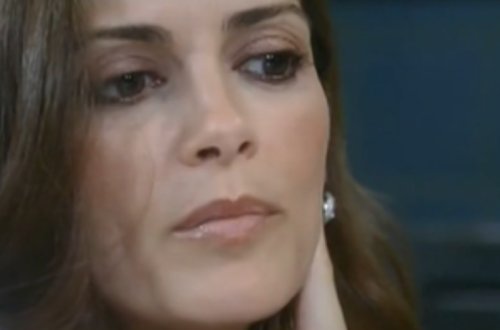 We’re also wondering if Franco will let Naomi know that he knows the Hayden-Liz sister secret or if he’ll remain quiet for now. Paul also gets a call from Ava Jerome (Maura West) who wants to talk about her demands.

Ava wants Paul to wreck the case against Julian Jerome (William deVry) and asks about the game plan to get her brother out of jail. Ava also sees something else going on that she feels the need to meddle in uninvited. 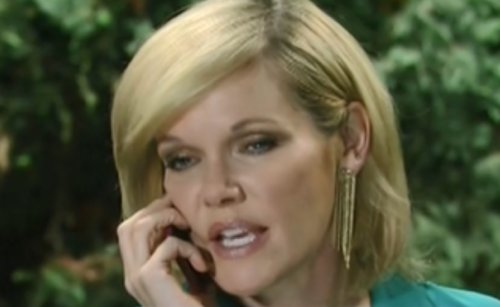 Nina meets with Curtis Ashford (Donnell Turner) who has found a woman that might let Nina adopt her baby. But when Ava finds out what’s going down, she goes off. Since Nina stole Ava’s baby, no way will Ava stay quiet. 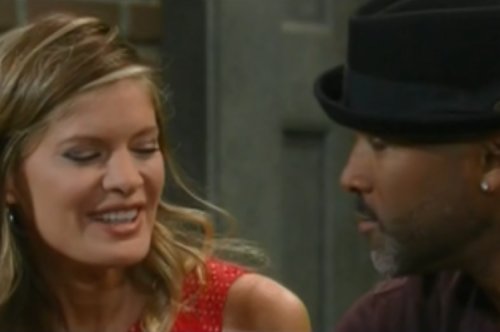 Ava ruins Nina’s chances of getting the baby in question and Nina’s emotions overwhelm her. It turns into a major meltdown. Back at GH, Sabrina Santiago (Teresa Castillo) makes a good impression on Monica Quartermaine (Leslie Charleson).

Lots happening including the kick-off of the JaSam wedding event. Share your comments below on the action on the Friday, September 2 GH cliffhanger episode and check back with CDL often for all the latest General Hospital spoilers and news.