‘General Hospital’ Spoilers: Helena Cassadine Threatens From Beyond the Grave – Is She Alive or Dead? 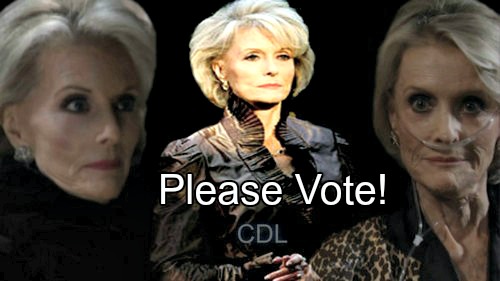 General Hospital (GH) spoilers reveal that Helena Cassadine (Constance Towers) has left traps and trouble on Cassadine Island for those that venture there but the adventure kicking off in Greece has many GH fans wondering whether the evil matriarch is dead or alive. Vote in the CDL POLL – is Helena live or dead?

What do you think? If you remember when Helena “died,” it seemed awfully convenient that Helena kicked the bucket right before she could reveal secrets about Jake Doe, aka Jason Morgan (Billy Miller), and exactly who know what about Jason and when.

That could have been bad for Nikolas Cassadine (Nick Stabile) and Liz Webber (Rebecca Herbst), so Helena’s “death” was great timing – if that’s the way it went down at all. We only have Nik’s word that Helena died – he said he buried her himself, but Nik can’t be trusted.

Nikolas had exiled Helena to Cassadine Island and it would have been an easy matter to fake her death to shut down the questions posed by Jason and Sam Morgan (Kelly Monaco). What also didn’t make sense was Helena’s very specific and creepy video will. 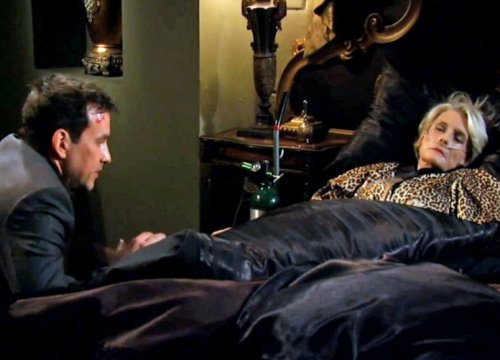 Granted Helena had been sick, but her death seemed out of the blue and surprising to her, so was she preparing to die and that’s why she recorded the video will. Or was Helena, with or without Nikolas’ knowledge, plotting to fake her death and the will was to set up her enemies?

We also have to consider that Helena (and many others on GH) has faked her death before. So, all things considered, a fake death would be par for the course in Port Charles, so a resurrection wouldn’t be a huge shocker.

You’ll recall that Helena left mysterious items to various persons and these will draw more and more people to the island in coming days. Was all of this an elaborate trap by Helena to get her enemies to come into her lair? Or is she legit dead and just tormenting others from beyond the grave?

One thing is for certain – evil is lurking on Cassadine Island. We’ll soon meet “Theo” aka Valentin Cassadine (James Patrick Stuart) and he was the only person that Helena was terrified of – so we know he’s a bad, scary dude. 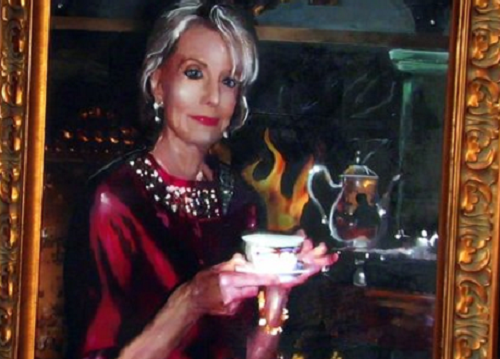 The portrait of herself that Helena left to Nik showed a man’s reflection in the teapot – was that Valentin or Nikolas? Is it a warning that someone was doing something to her against her will? Could Valentin have faked Helena’s death and is holding her hostage on the island?

General Hospital spoilers reveal that there are secrets on Cassadine Island that even Nik doesn’t know about – could the secrets include that Helena is alive, but perhaps not well, and is being held captive by her evil stepson?

We’ll find out as summer sweeps unfold whether Helena set schemes up before she passed, whether she’s still pulling strings, and if she’s not as dead as people suspect. General Hospital spoilers reveal that no matter who’s behind it, danger lurks on Cassadine Island.

So what do you think? Is Helena alive or dead? If Helena is alive, did she fake her death? Or did Valentin fake her death to trap her on the island with everyone assuming she was alive so he could do something foul to his stepmother?

Vote in the POLL on whether you think Helena is really dead or still kicking round – and share your comments below. Plus, be sure to come back to CDL often for all the latest General Hospital spoilers and news.