General Hospital (GH) Spoilers: Is Nikolas Victim or Perpetrator – Who Helped Him Fake His Death? POLL 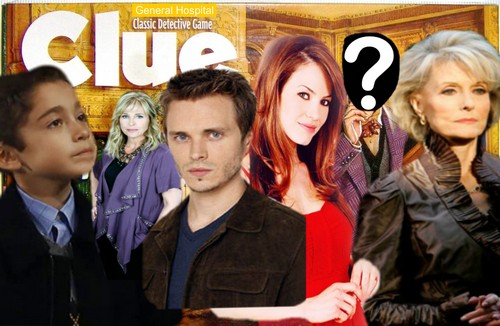 “General Hospital” (GH) spoilers tease that Nikolas Cassadine (Tyler Christopher) may have set the events in motion on the night of the Nurses Ball to make it look like he was dead, likely so Hayden Barnes (Rebecca Budig) would be implicated in his apparent death. But did Nik act alone?

Is Nikolas the victim or perpetrator in this “crime” and if he did set it up, who helped him? Was it Liz Webber (Rebecca Herbst) in the drawing room with a rope? Or perhaps Laura Spencer (Genie Francis) in the dining room with a candlestick? Let’s look at the clues and consider.

Below is a list of suspects that may have helped Nikolas set up his wife and, in a random twist of events, Jason Morgan (Billy Miller) as well. Check out the roster then vote in the CDL POLL on who could have helped Nikolas leave clues and set up this possibly trumped up murder mystery.

Spencer seems more curious than upset at the news that his dad might have kicked the bucket and that seems strange. But perhaps he’s playing along and is really his dad’s eyes and ears since no one pays attention to kids. Spencer could be monitoring police activities and updating his dad on the sly.

If anyone would help Nikolas get out from under Hayden’s yoke, it would be Laura. She thinks Hayden is pure poison and the worst thing for her son, but how far would Laura go to protect her son? If she thinks this plot is just to scare Hayden away, she might help Nikolas out so long as no one was physically hurt.

Of all the names on this list, Liz would be at the top to help Nikolas get rid of Hayden and make her pay for her scheming ways. Could that be why Liz will go to the PCPD to throw shade at Hayden? The trap may have been set for Hayden, but then Jason walked into it and Liz wants Hayden to take the fall…

Maybe she’s dead, maybe not – who knows with that evil old bat. But she could have helped Nikolas set up this scheme before she died when he knew he might need to make a hasty exit from Port Charles if the whole Jake Doe and ELQ scheme came crashing down around his ears.

Although Lucky is rarely seen, he might lend a hand to help his brother get rid of a terrible wife and sneak his way out of a scrape. Lucky could have waited in a boat off Spoon Island to scoop up his brother then escort him to Cassadine Island – or to hide out at his place in Ireland. Anything is possible.

Sure we haven’t see Alfred in years, but Nikolas still makes casual reference to his loyal manservant every now and then. As a long-serving minion to the Cassadines, no doubt Alfred would help Nikolas set up a scheme to fake his death and send his wife to prison – or packing – whichever way it worked out.

The bottom line is that even if Nikolas couldn’t convince a family member or friend to help him fake his death and ditch Port Charles, he has enough money to buy help from any number of Cassadine family criminal contacts. Nik could have easily staged his death and escaped from Spoon Island.

GH spoilers reveal that in coming days, we’ll find out that Nikolas is indeed alive, but was he a hapless victim in an attack that was made to look like murder and was really a kidnapping? Or was Nikolas the mastermind and perpetrator of a scheme to take down Hayden once and for all?

Vote in the POLL below – who would have helped Nikolas fake his death and run this scheme? Vote, share your comments, and check back with CDL often for more “General Hospital” spoilers and news.