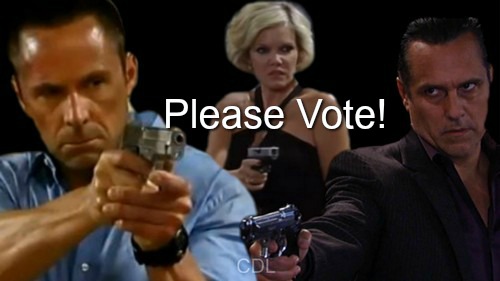 General Hospital (GH) spoilers tease that the drama over Julian Jerome (William deVry) is far from done and he may yet evade justice. Some equate him to Sonny Corinthos (Maurice Benard), but is this a fair comparison? Are Julian and Ava Jerome (Maura West) the same as Sonny and should all pay for their crimes? Let’s take a look then vote in the CDL POLL.

There’s no doubt that Julian is a dirt bag for killing off his loyal sidekick Carlos Rivera (Jeffrey Parise). Carlos would have kept quiet and covered for Julian and was also no threat yet Julian wouldn’t take the chance. And even though Duke Lavery (Ian Buchanan) was also a mob man whom he ordered assassinated, Duke was no immediate threat to Julian, so why kill him at that moment? 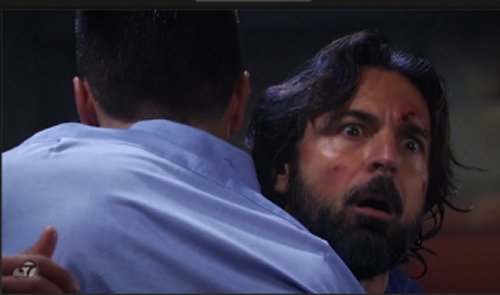 Is cold blooded the difference?

You could say that killing is killing is killing. If so, then there is no difference between Sonny killing a rival and Julian killing a rival. However, if you look at the degrees of the homicide and the motivation for killing there is a difference. Sonny doesn’t kill those loyal to him. He wouldn’t kill Jason Morgan (Billy Miller) for instance and would trust that if Jason was arrested, he wouldn’t rat Sonny out.

In fact, Jason has been arrested a number of times and Sonny has trusted that Jason would be loyal. He would never have knifed him in the back like Julian did to Carlos. Sonny kills when it’s necessary and doesn’t seem to relish the kill. Julian seems to be much more cold-blooded about his homicidal intentions. He even embraced Carlos like a friend as he stabbed him in the back literally and figuratively. 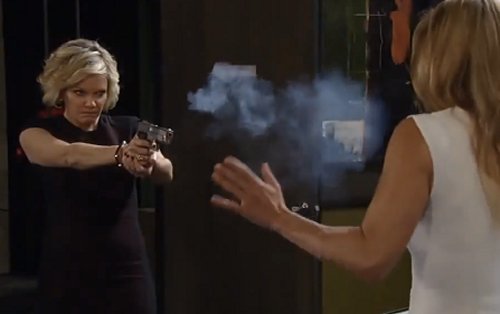 Killing the innocent is also a factor

When it comes to Ava versus the guys, she’s killed innocents. Connie Falconeri’s (Kelly Sullivan) only crime was knowing that Derek Wells was Julian Jerome – a fact that was inevitably going to come out anyway. Ava killed Connie to protect Julian’s secret and then to keep that murder secret, Ava conned Sonny into killing AJ Quartermaine (Sean Kanan).

AJ was not the most innocent of guys, but when it came to that matter, he was an innocent and didn’t deserve to meet an end that way. Let’s face it, Ava and Julian are snake-like siblings that seem to have ice water in their veins. They are practical when it comes to killing and would kill anyone. Julian was ready to run a knife through his baby mama Alexis Davis (Nancy Grahn) to keep his freedom. 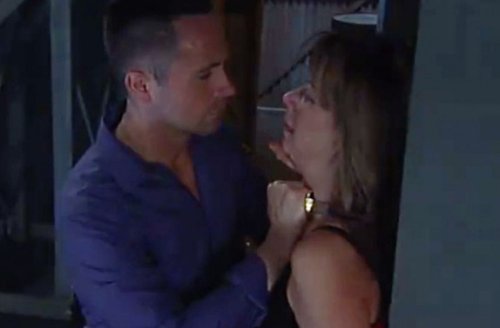 Anna Devane (Finola Hughes) echoed GH fan opinion this week when she explained to Julian why he’s different than Sonny even though both are mob men, criminals, and killers – it’s the concept of self-sacrifice. Julian would let Alexis go to jail rather than him pay for his crimes – or he would kill her in order to get away. Sonny would not have done either – and has been in a similar circumstance before.

Sonny will always put himself in the line of fire for his loved ones while Julian will use anyone as a human shield, even those he loves. That’s what makes Julian and Ava true villains and Sonny an anti-hero (he can’t be a true hero because he’s a criminal, but an anti-hero is a heroic person that lacks conventional heroic qualities and are flawed and a bit villainous). 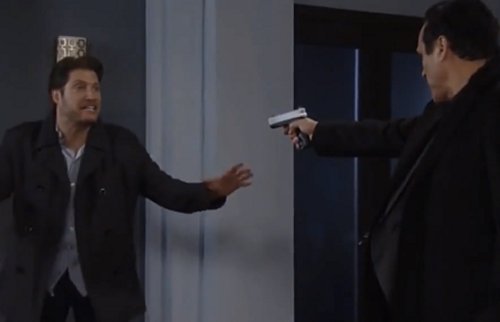 What do you think – should Sonny pay for his crimes?

General Hospital spoilers tease that Julian still has some tricks up his sleeve and may not pay for his crimes, but should he? And should Sonny pay for his? Sonny was convicted for shooting AJ and was sent away but then scored a pardon from the Governor but that was far from his only crime. Do you think Sonny should pay for his other crimes?

What about Ava? The only reason Ava isn’t in jail right now is that Paul Hornsby (Richard Burgi) is holding back the recording of her murder confession. Should Ava be in Pentonville for her crimes too?

After all is said and done do you think that Sonny is intrinsically different from Ava and Julian – who are without a doubt pure cold-blooded killers. Is Sonny a better person or is he just as bad as they are? Please vote in the CDL POLL and share your comments below. Plus, check back with CDL often for all the latest General Hospital spoilers and news.