‘General Hospital’ Spoilers: Is the GH Serial Killer a Woman – Has The Murderer Been Revealed? 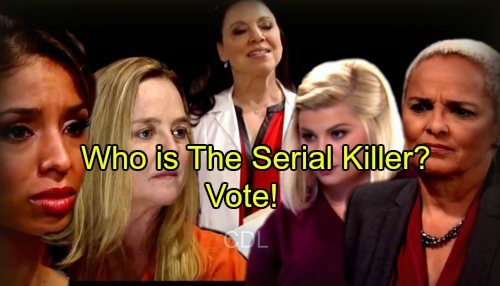 General Hospital (GH) spoilers tease that the GH serial killer may not be a man at all, but a woman! Could the “angel of mercy” roaming the hospital halls and murdering patients (and now a doctor) be a lady rather than a guy as most have suspected? Check out these candidates and vote in the CDL POLL.

Many GH fans thought it was Dr Mayes (Matt Riedy) that was doing the killings. Liz Webber (Rebecca Herbst) took particular interest in his comments about putting the elderly out of their misery. But then the grouchy doc was taken out of his own misery and now we know that he was just a red herring. 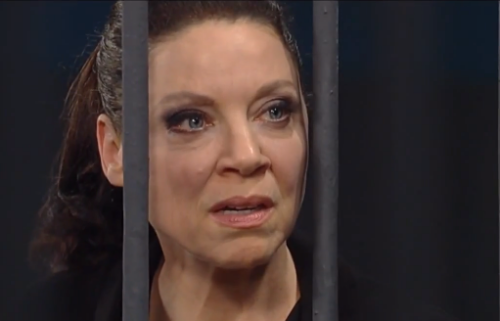 Could Dr Obrecht be killing again?

While Dr Liesl Obrecht (Kathleen Gati) suspected it was Dr Hamilton Finn (Michael Easton) doing the killing, perhaps all that fuss was to cover up her own dirty deeds. After all, we’ve seen her kill before – remember how she offed Victor Cassadine (Thaao Penghlis)? And he’s not the only one. Plus, Franco (Roger Howarth) noticed that she didn’t have an alibi for when Mayes died. Is Dr O the GH death dealer? 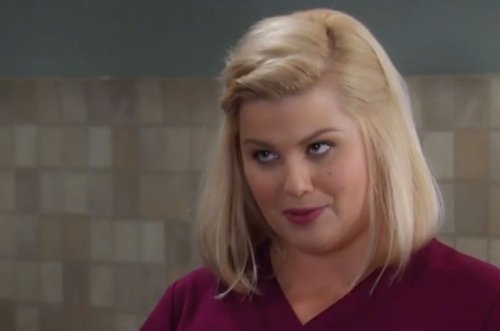 What about new Nurse Amy?

Beneath the dreadful, overbearing gossipy exterior of Amy Driscoll (Risa Dorken), could there be a killer lurking? We first met Amy just before the Nurses Ball and that’s when the killings started. Is Amy spreading more than rumors – could Amy be sharing derisifol too? In a way, she’s a great choice as the killer because who would miss her if she’s sent to jail (or killed by a cop). 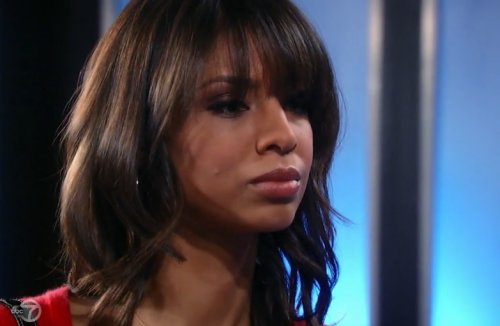 Is Valerie the GH killer?

General Hospital spoilers indicate that it will be Valerie Spencer (Brytni Sarpy) that cracks the GH serial killer case, yet many fans think she’s the culprit since she was working for the PCPD at the hospital. Could losing her mom and blaming Luke have snapped Valerie’s mind? Is that why she targeted Bobbie Spencer (Jacklyn Zeman)? The Spencers do have a crazy gene… Has Val lost it and is killing? 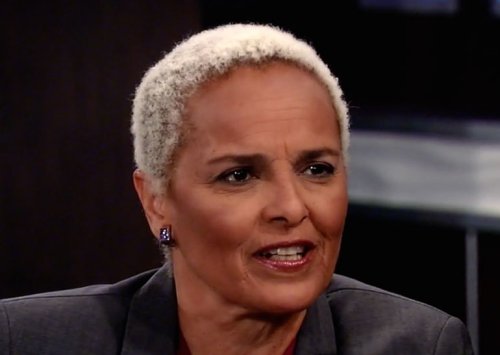 What about Mayor Lomax?

We all know that Mayor Janice Lomax (Shari Belafonte) is a corrupt piece of work, so would it be a stretch for her to also be a killer? She’s a crony of Paul Hornsby (Richard Burgi) who’s a killer, so it doesn’t seem that big of a stretch. Perhaps Lomax has a grudge against someone at the hospital, or maybe she’s a sociopath. It would be a coup to have nabbed Shari Belafonte for a “killer”  storyline. 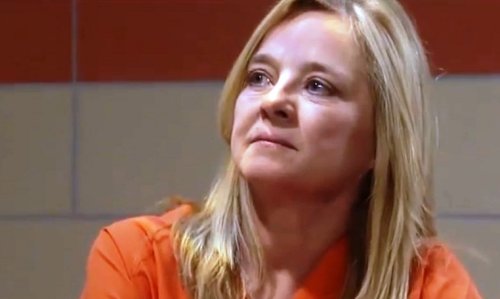 But could it be Heather?

Sure Heather Webber (Robin Mattson) is in a psychiatric prison of sorts, but we all know she walked in and out of Shadybrooke like it had a revolving door. If Heather wants free, she finds a way. Heather definitely can kill, but why would she? One notion is that she’s jealous of Dr O’s motherly relationship with Franco and is killing to implicate Liesl to get her sent to jail and out of Franco’s life.

Who do you think is the killer? General Hospital spoilers reveal that this murder mystery will roll on throughout July before we find out whodunit. Don’t look for it to be a main character, but let’s hope it’s not a throwaway “red shirt” that no one cares about. One of these five ladies would be solid choices as the serial killer – vote for your choice and share your comments below.