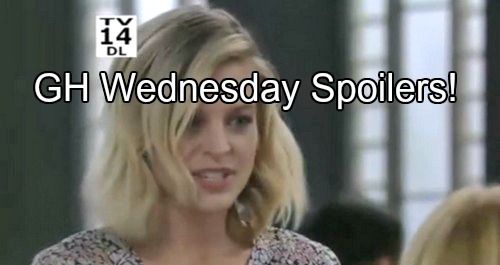 General Hospital (GH) spoilers for the Wednesday, August 3 episode indicate that Franco needs legal assistance and Kirsten Storms returns as Maxie. Morgan stuns Kiki with a big move while Dillon confesses heartbreak and Griffin is in for a stunning reunion.

Kirsten Storms is back as Maxie Jones, just in time for a showdown at GH with Claudette Bolland (Bree Williamson). Nathan West (Ryan Paevey) and Claudette get unstranded and he brings his ex to GH to get her injured leg checked out.

Maxie absolutely hates knowing that Claudette and Nathan were alone together and she gets into Claudette’s face and asks “are you ever just going to get the hell out of our lives?” Clearly, Claudette is not going down without a fight, but she’s got a shocker coming. 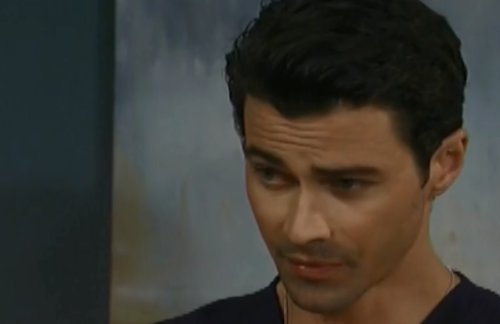 Griffin Munro (Matt Cohen) chats with Liz Webber (Rebecca Herbst) about Franco (Roger Howarth) being rounded up by the cops. Griffin asks Liz, “Could Franco be responsible for all the murders?” Liz doesn’t think so – will Griffin encourage her to stand with Franco if she truly believes him innocent? 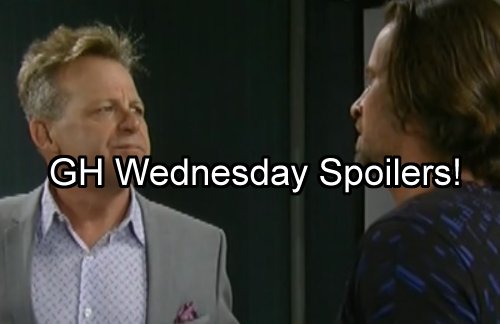 Franco is at the PCPD and his dad Scott Baldwin (Kin Shriner) shows up to represent him but first Franco wants to know if his dad believes he’s innocent. What will Scotty say? No doubt he’ll defend his son either way, but Franco needs his father to have faith in him – is that possible? 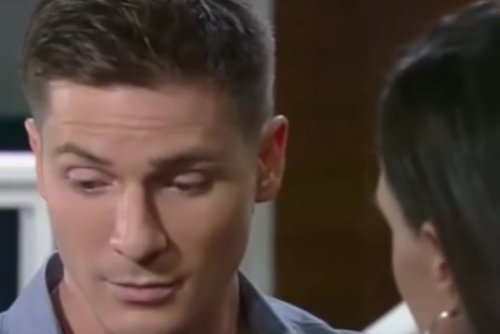 Later, Lucy and Scotty meet up and chat. Scott tells her about helping out Franco and then the two talk a lot and drink too much. General Hospital spoilers tease that Scott and Lucy might cross a line and get intimate. Will these two be “exes with benefits” soon?

That won’t last long since Kevin Collins (Jon Lindström) is on his way back from Greece and Lucy still wants to reconcile with her most recent ex-husband. Will Scott get one night of passion out of Lucy only to be kicked to the curb once again? Or will Lucy stop before things go too far?

Nathan and Valerie talk at GH – no doubt she’s filling him in on the latest GH serial killer case and it looks like Nathan, as lead detective on the case, gives her a direct order which she grudgingly obeys. Valerie also acts as a sounding board for Dillon as he vents about Kiki. 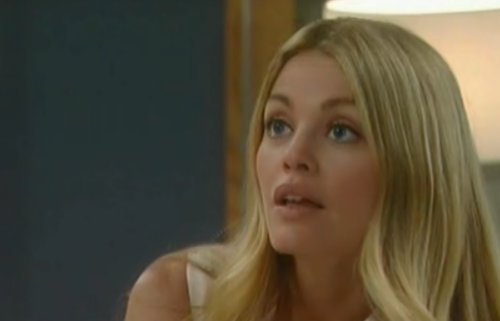 Dillon tells Valerie he’s upset about Kiki and wishes things would have worked out differently. But things may yet go Dillon’s way when Morgan alarms Kiki with his behavior. Fresh off his talk with Kristina Corinthos (Lexi Ainsworth) about her lost loves, Morgan takes a bold step.

Could Morgan be ready to propose to Kiki? Morgan clearly wants to lock Kiki down and move things forward, but this is such a shocker that Kiki wonders whether Morgan is having a manic episode. Will Kiki ask about his meds and set Morgan off when he thought he was doing good?

What’s next for Valentin Cassadine (James Stuart)? Will he creep out of Nina Clay’s (Michelle Stafford) room or will he be there when she wakes? General Hospital spoilers hint that Valentin has another scheme on his mind that involves Spencer Cassadine (Nicolas Bechtel) that unfolds later this week. 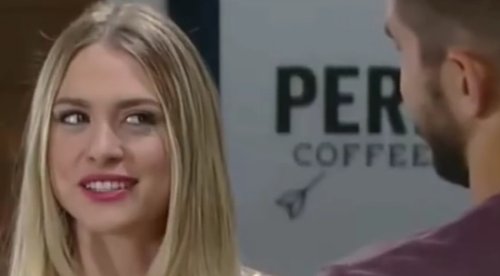 What do you think GH fans? Will the PCPD have to let Franco go or will they make a formal arrest in the GH serial killer case? Will Morgan and Kiki be on the rocks after his romantic gesture goes awry? Is Nina destined to be attracted to troublemakers? Is Morgan off his meds?

Share your comments below on these hot spoilers for the Wednesday, August 3 GH episode and be sure to check back with CDL often for all the latest General Hospital spoilers, news and more.