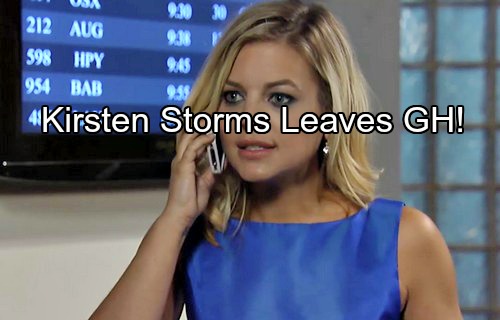 “General Hospital” (GH) spoilers indicates a big story coming for Maxie Jones (Kirsten Storms) and Nathan West (Ryan Paevey) with their wedding that will be derailed by Claudette (Bree Williamson). And now there’s shocking talk that Maxie may be recast temporarily.

Daytime Confidential reported from insider sources that ABC showrunners are shopping for a recast because Kirsten Storms needs time off. This seems like a most inopportune time for Storms to take time off given the heightened visibility of her role right now.

Does this have something to do with her split from Brandon Barash (ex-Johnny Zacchara)? The two played nice when they announced their divorce, but you never what’s going on behind closed doors. Or perhaps Storms has a health issue…

Storms took almost a year off from 2011-2012 on medical leave while Jen Lilley (Theresa, Days of Our Lives) took over the role of Maxie. But since Lilley is busy over at DOOL on NBC, the network is casting a wider net looking for a replacement.

Daytime Confidential cites Molly Burnett (ex-Melanie, Days of Our Lives) as a possible fill-in for Storms. We have to wonder what’s going on with the rail-thin Kirsten Storms. Is this reported leave of absence about mental health, physical health or both? 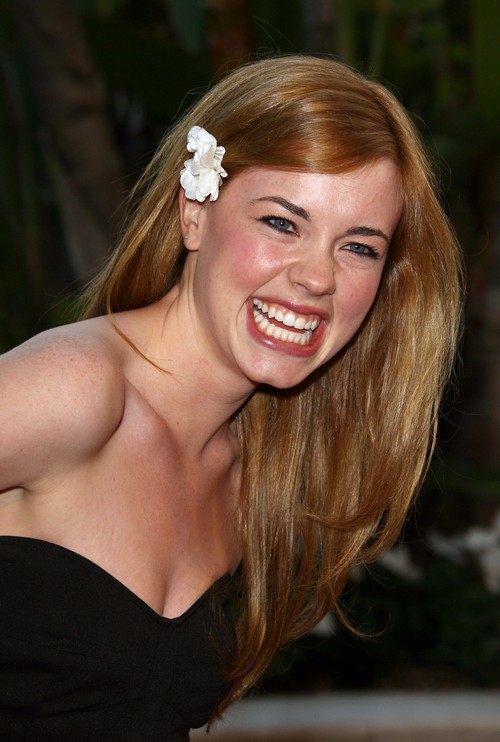 Storms is usually very active on social media but her Twitter feed @teenystweeting went radio silent about a month ago. Her ex Barash, though, is remains very active on Twitter and his Instagram feed shows tons of pics with him and daughter Harper Rose Barash out and about.

But there are no pics of Kirsten with them and no pics of daughter Harper on Storm’s Instagram feed for the past two months. Whatever is going on with Kirsten Storms, we wish her well. And we’re kind of excited to see who’s stepping into the part given the big action coming.

It’s likely we won’t see her replacement for six to eight weeks since “General Hospital” tapes so far ahead. What do you think GH fans? Why is Kirsten Storms stepping away from her role as Maxie Jones? Who do you hope comes in to replace her?