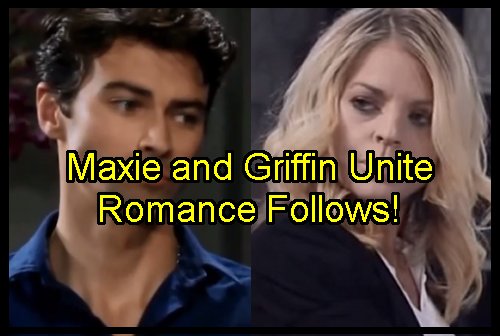 New General Hospital (GH) spoilers reveal that Maxie Jones (Kirsten Storms) will refuse to accept that Charlotte is Nathan West’s (Ryan Paevey) daughter and this leads to a split in their coupling, their wedding called off and Claudette Bolland (Bree Williamson) in a fit of jealousy at what comes next.

Nathan will be hurt and angry that Maxie doesn’t accept Charlotte as part of his life. It’s not that Maxie has anything against the kid, but she truly believes that Claudette is lying to Nathan and that is NOT his daughter. But to Nathan, this is a violation of their faith in one another. 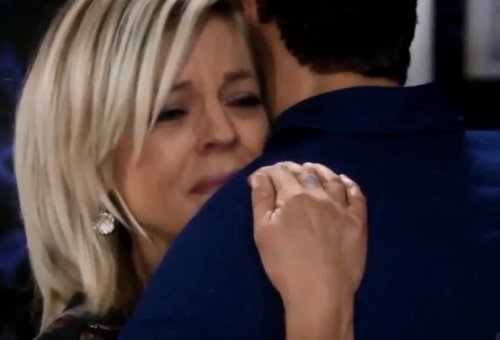 Nathan has been loving and accepting of Georgie, Maxie’s kid with Damien Spinelli (Bradford Anderson), and sees this as the same situation. But where Nathan has gone out of his way to continually welcome Georgie into his life and accept Maxie’s kid, Maxie does the opposite with Charlotte and that hurts Nathan.

To make things worse, Griffin Munro (Matt Cohen) sees eye to eye with Maxie on all this and doesn’t believe that Claudette is being honest with any of them. In coming days, Claudette will come clean to Griffin about many of her illegal and dastardly activities she engaged in with her ex. 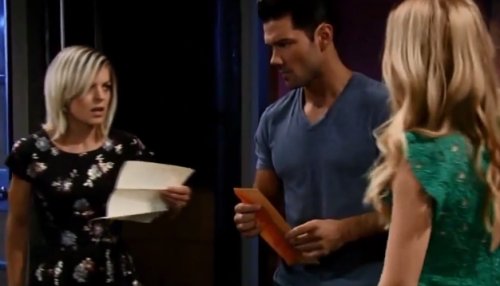 The very fact that Claudette was involved with someone as horrid as Valentin Cassadine (James Stuart) is cause for concern and Griffin thinks there is more that Claudette is hiding and also has his doubts about Charlotte’s parentage despite what the paternity results indicated. This lays critical groundwork.

General Hospital spoilers reveal that Nathan falls head over heels for his kid once he meets Charlotte and that puts him in constant and close contact with Claudette. Maxie sees them bonding as a family and is angry that Claudette is getting away with her lies. 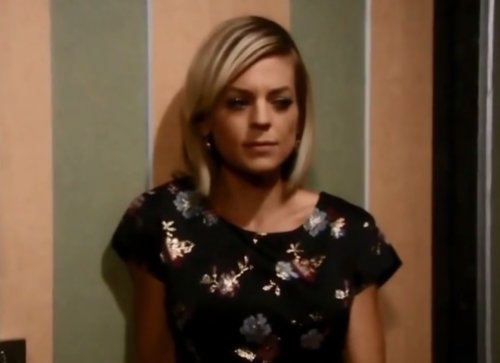 Griffin is equally frustrated that Claudette is taking Maxie’s man. Complicating things, though, is that Claudette remains torn between her affections for both Nathan and Griffin. But with Nathan close at hand thanks to Charlotte, Claudette will take advantage.

That leaves Griffin and Maxie on the outs and growing closer, united by their dislike and distrust of Claudette. Will Griffin do the unthinkable a second time and bed Nathan’s woman? Could this be a déjà vu and Griffin is responsible for another woman betraying Nathan?

Further complicating things is that Claudette will notice Griffin and Maxie getting closer and will be torn. She also wants to keep Griffin as a backup plan for herself even though Griffin has said he’s done with her for good.

Claudette may leverage Griffin and Maxie’s growing closeness to split Naxie for good so she can keep Nathan for herself. Of course, all of this will come to a head when Valentin comes to town and things become life or death – and all of Claudette’s dirty laundry comes spilling out.

What do you think GH fans? Will Claudette wreck Nathan and Maxie for good or can they find their way back from this? Share your comments below and check back with CDL often for all the latest General Hospital spoilers and news.