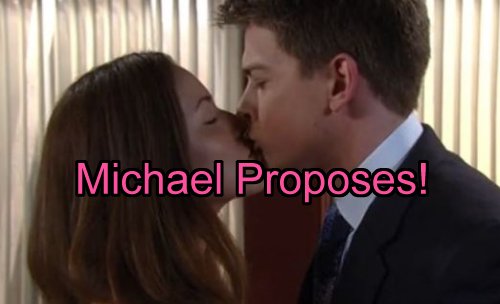 New General Hospital (GH) spoilers hint that Michael Quartermaine (Chad Duell) has big plans for his future with Sabrina Santiago (Teresa Castillo). When he reveals his big news, Carly Corinthos (Laura Wright) snaps and they have a major showdown.

Michael wants to commit to Sabrina and plans to propose. In coming days, he’ll show the engagement ring to Felix DuBois (Marc Samuel) who will be thrilled for them. Carly, however, is far from excited – she’s furious.

Carly also gets Sonny Corinthos (Maurice Benard) involved. When Sonny saw Michael and Sabrina at The Floating Rib, he had some words to say about Sabrina “cheating” with Carlos Rivera (Jeffrey Parise). 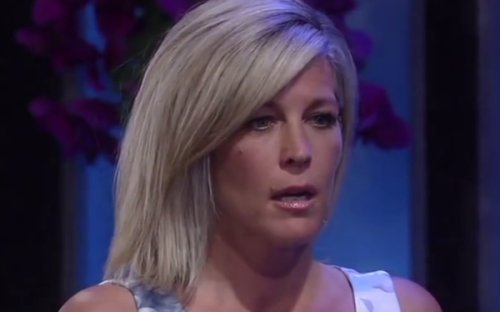 It’s rather shocking that Sonny has the nerve to say anything about cheating considering his history. Carly thinks Michael is moving too fast by proposing to Sabrina and Sonny chimes in with his disapproval as well.

Michael won’t take this from his mom and dad. They have no room to talk about marriage since they are on go-round number five together. Carly and Sonny have each had four spouses, other engagements and cheated on many loved ones.

Neither Carly nor Sonny are relationship experts. Michael will be angry that they have the audacity to criticize his choices when they have such terrible and tumultuous romantic histories. This could be a breaking point for the Corinthos clan. 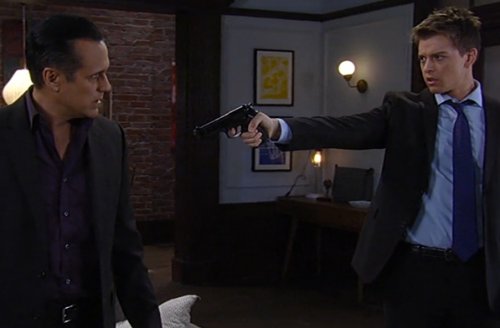 They have all come a long way since the days when Michael took custody of baby Avery from his father in revenge for Sonny murdering Michael’s dad AJ Quartermaine (Sean Kanan) and Sonny and Carly lying to Michael about the crime.

If Sonny and Carly aren’t careful, they might lose Michael again over this Sabrina battle. Technically, Sabrina didn’t cheat on Michael with Carlos. She slept with Carlos right before she and Michael had their first date and, after that, Carlos was presumed dead.

And Sabrina only left town with Carlos because Michael dumped her over her baby lie. It is fair to say that Sabrina was in the wrong to lie to Michael and let him think he was the father of her child. But Carly is the queen of that kind of scam. 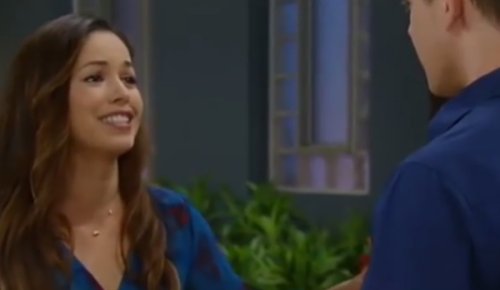 It’s ironic Carly lied about Michael’s paternity and then is judging Sabrina. Carly and Sonny should recognize that they were in a similar position when Michael was a baby and made much worse choices than Michael is making now.

It’s doubtful that Carly bickering with Michael and attacking Sabrina will sway him. In fact, it might encourage Michael to fast-track the wedding. GH spoilers hint Sabrina might be in danger this week thanks to serial killer Paul Hornsby (Richard Burgi).

Assuming she survives whatever sketchy plans Paul has, we might see a Michael-Sabrina wedding in the near future and Michael adopting baby Teddy just as Sonny adopted Michael. This is very much history repeating itself. 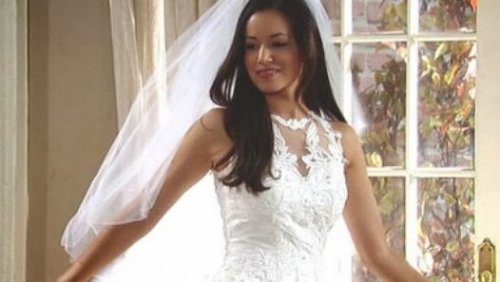 What do you think? Will Carly and Sonny back off of Michael or will they push too hard and lose their son? Share your comments below on the brewing Corinthos clash and be sure to check back with CDL often for the latest General Hospital spoilers and news.