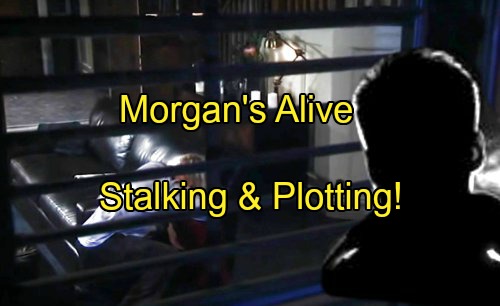 New General Hospital (GH) spoilers tease that Morgan Corinthos (Bryan Craig) is alive and lurking around Port Charles. Everyone wants Ava Jerome (Maura West) to pay for what she did to Morgan, but no one suspected it might be Morgan himself that makes his ex-lover pay.

There are two mysterious occurrences that cropped up recently in Port Charles that hint that Morgan might be around. The night that Morgan supposedly “died” someone was on the back porch of the home of Sonny Corinthos (Maurice Benard) watching him.

Sonny broke the news of Morgan’s death to Carly Corinthos (Laura Wright) and then she broke down crying. Some suspected it might have been Nelle Hayes (Chloe Lanier) stalking the Corinthos clan, but what if it was Morgan? 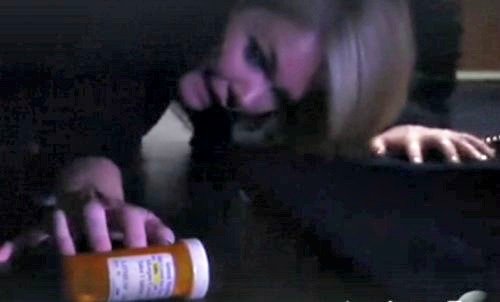 They have still not found a body at the site of the car explosion. Morgan was out of the car and a few yards from it when it blew up. Morgan could have picked himself up and walked away from the accident without noticing Jason Morgan (Billy Miller) was there looking for him.

He could have fallen partially down the hill or behind an obstacle then when he came to, he just got up and walked home. It seems like home is where Morgan would go based on instinct even if he was shaken up the by the explosion.

Once there, Morgan could have seen his parents talking about his death. Morgan has been terribly depressed and just a few months ago, he tried to commit suicide because he was sick of the effect his illness was having on himself and others. 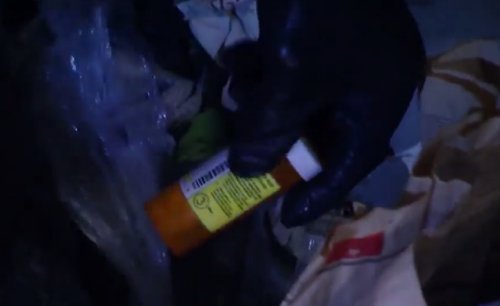 This accomplishes the same thing without him having to jump. As far as Morgan’s family is concerned, he’s dead and that leaves him with options. He can leave town and get his life together. That way, Morgan can come back from the dead anytime he wants.

So if Morgan was keeping an eye on the family home trying to decide what to do, he would have seen Ava stop by and the big fight she had with Sonny. If Morgan followed her to see what she was up to since she was looking super shifty, he could have seen her throw away the pills.

That would have caught his eye since there is no reason Ava should have a bottle of his pills. Morgan could easily figure out what Ava did to him if he found the medication she stole. Why else would Ava take them unless she had something to hide? 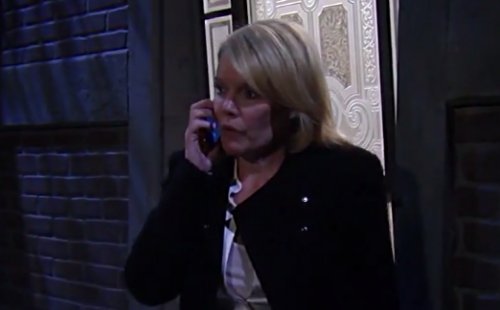 Morgan knew he felt “off” for the past few weeks but was taking his pills as scheduled. Morgan could, in effect, solve his own “murder” if he is the one who’s been lurking around and discovers the missing meds. It would be cathartic if it was Morgan that brings Ava’s downfall.

Next week, General Hospital spoilers reveal that Ava gets a terrifying message. Will Morgan text her a pic of the medicine bottle to let her know he has it and she hasn’t gotten away with what she did? Will Morgan force a confession? Blackmail her? Punish her?

What do you think GH fans? Bryan Craig revealed he still has a few episodes left yet to air that will screen into November. These could be flashbacks, dream sequences, ghosts (GH loves ghost scenes), or of Morgan threatening Ava.