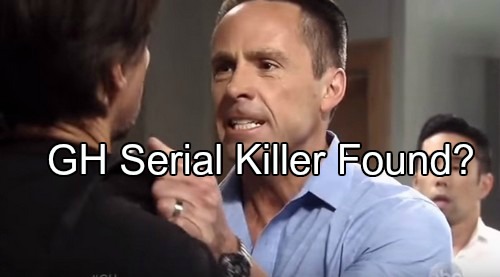 “General Hospital” (GH) spoilers from a new ABC video show amazing action going down on GH this week. GH showrunners are keeping the momentum going from May sweeps – as Nathan makes a startling confession, Julian goes on a rampage at General Hospital, and a fight gets ugly at Wyndemere.

At the hospital, Brad Cooper (Parry Shen) gets a troublesome update about Lucas Jones’ (Ryan Carnes) condition and calls to catch up Julian Jerome (William deVry) on what’s happening with his son. Things do not look good for the doc – can Lucas survive this? 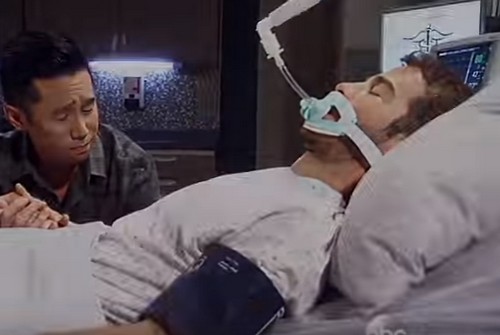 Dr Obrecht (Kathleen Gati) is certain that Hamilton Finn (Michael Easton) is the culprit and won’t miss the chance to share her suspicions with Lucas’ family. General Hospital spoilers say that Julian snaps and comes at Finn accusing him of the attack on his son that’s left him on life support and in dire condition.

Interestingly, Finn won’t defend himself like he should and Carly Corinthos (Laura Wright) will step up to protect him. We’ll soon have confirmation that a serial killer is roaming the halls of General Hospital, but it’s not Finn and dwelling on him as the suspect could cost more lives.

Nathan West (Ryan Paevey) tells Maxie Jones (Kirsten Storms) that he killed someone and we’ll be treated to a flashback of the incident. Did he shoot someone that was cheating with Claudette (Bree Williamson)? The flashback shows Nathan in a home firing his pistol. 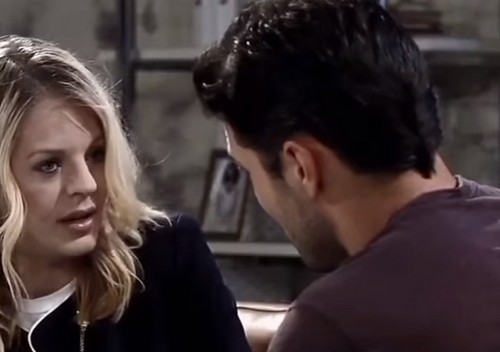 GH spoilers ask if it was Griffin Munro (Matt Cohen) he shot? Why does Nathan think he killed rather than wounded? How will Maxie handle the knowledge that she’s engaged to an alleged killer? When Claudette comes to town in a few weeks, no doubt we’ll find out more about the incident.

Another attack is also under investigation by the cops – the apparent murder of Nikolas Cassadine (Tyler Christopher). All signs points to Jason Morgan (Billy Miller) as the culprit, especially when surveillance video makes him look even worse.

However, Liz Webber (Rebecca Herbst) is eying another suspect – Hayden Barnes (Rebecca Budig). Liz knows about the diamonds that Nik stole from Hayden and will tell Jordan Ashford (Vinessa Antoine) that Hayden had a motive for murder. 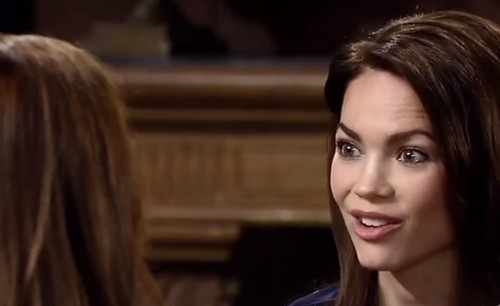 Liz promises that Hayden is going down and the two women get into a major physical altercation. This is a catfight you can’t miss. By week’s end, though, Hayden and Liz may find out they’re sisters after a revelation from Hayden’s mom Naomi Dreyfus (Robin Riker).

Share your comments below on this hot summer promo plus don’t miss a moment of the killer action on GH. Check back with CDL every day for detailed “General Hospital” spoilers plus news and more.