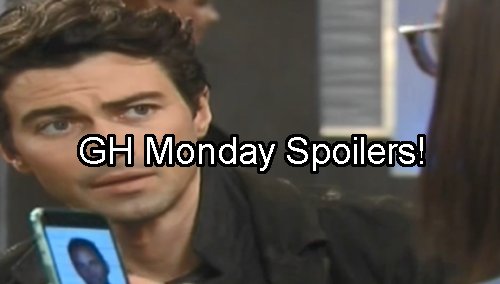 New General Hospital (GH) spoilers for the Monday, October 24 episode reveal Nathan is in a race to find his fiancée, Griffin is stunned when Claudette pulls a fast one and blindsides him and Charlotte, Carly shuts down Sonny for good, and Hayden presses Finn.

Nathan West (Ryan Paevey) realizes quickly that Claudette Bolland’s (Bree Williamson) past has caught up with Maxie Jones (Kirsten Storms) in a karmic twist of fate. Nathan confronts Claudette who thinks Maxie is in danger thanks to Valentin Cassadine (James Stuart). 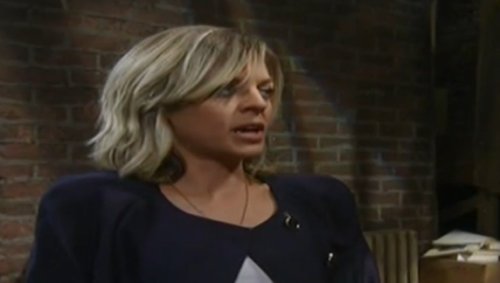 Nathan races to find her while Maxie tries to rescue herself from death by gas leak. Claudette, however, races to get herself out of dodge because she’s selfish. Griffin Munro (Matt Cohen) is stunned to realize that Claudette ditched him and Charlotte Munro (Scarlett Fernandez) to save herself.

Anna Devane (Finola Hughes) recognized Valentin, but where does she know him from? Also at the MetroCourt are Laura Spencer (Genie Francis) and Kevin Collins (Jon Lindström) who are out for their second date. Laura is distracted by Charlotte and gets an introduction. 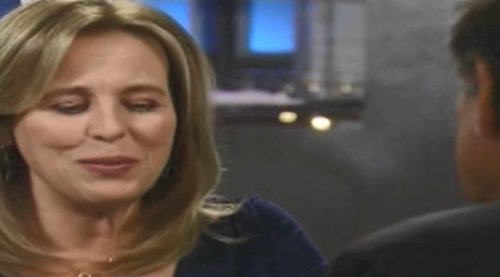 Laura feels like Griffin’s daughter is very familiar to her. Is this about Lulu Spencer (Emme Rylan)? Has Claudette told yet another fib about that little girl’s origins? Hamilton Finn (Michael Easton) is with Hayden Barnes (Rebecca Budig) when she wakes from her night of drinking.

Hayden has a nightmare and Finn comforts her. He owes her big for pulling that stunt to get him the medical research money. Finn and Hayden have a serious talk and things heat up between them when she challenges him on his feelings for her. 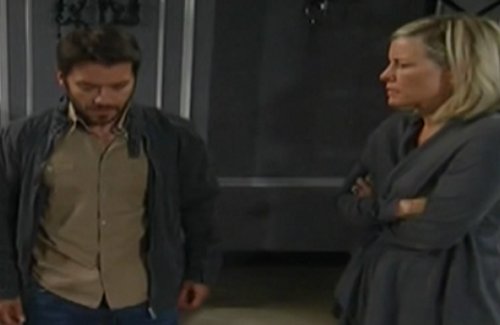 Dante Falconeri (Dominic Zamprogna) has evidence from the exploded car that was found in the river. It’s the jade necklace that Carly Corinthos (Laura Wright) had just given to Morgan Corinthos (Bryan Craig) in the days prior to his death. This is a major blow for Carly.

Sonny Corinthos (Maurice Benard) is on hand for the conversation and he thought he was making progress with Carly, but she snaps at him. Carly lays down the law and wants Sonny out of her life. She cannot stop blaming him and doesn’t want him around – she’s past her breaking point. 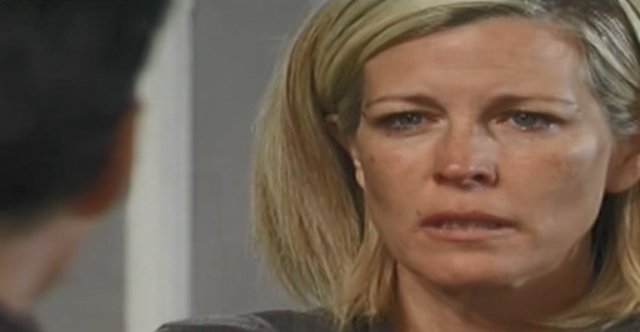 Dante also is certain at this point that his father is to blame for his brother Morgan’s death and he can’t see his way clear to forgive him. Dante gets back to work on the investigation but he knows where it’s leading him. Carly wants Sonny out of her house and life.

Don’t miss a moment of the GH action coming on the episode on Monday, October 24. Share your comments below and check back with CDL often for all the latest General Hospital spoilers and news.