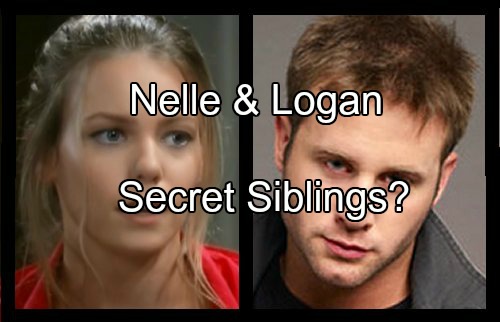 Hot General Hospital (GH) spoilers hint that new character Nelle Hayes (Chloe Lanier) may have more ties to the community than we expect. Michael Quartermaine (Chad Duell) mentioned her by full name when he introduced her to his family, but no one picked up on her last name – “Hayes.” Is Nelle the sister of Logan Hayes (Josh Duhon)?

With thousands of last names to choose from, why would the GH writers go with Hayes? One other major character had that last name in recent Port Charles history – Logan Hayes – son of Scott Baldwin (Kin Shriner) – who ended up dead at the hands of Lulu Spencer (Emme Rylan). Given the same last names, we have to wonder if the two are related.

Could Nelle have had a dual purpose in coming to Port Charles? Nelle may have come to Port Charles to find out if Josslyn Jacks (Eden McCoy) got her kidney and to look into her brother’s death. If you’re a long-time GH watcher, you’ll recall that Logan came to Port Charles after he got out of the Army and ran a scam on his biological father Scotty. 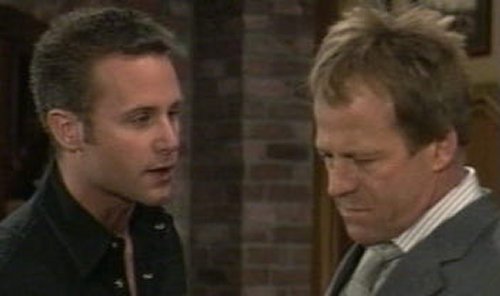 But then Logan fell for Lulu and also slept with Maxie Jones (Kirsten Storms). Lulu and Logan split and Logan was consumed with jealousy, stalked her and tried to force a reunion. They struggled and Logan was accidentally stabbed. Lulu escaped prosecution for his death because Johnny Zacchara (Brandon Barash) lied to cover for her and there was a mess in court.

Scotty is still furious that Lulu got away with killing his son. No doubt Scotty would welcome Nelle with open arms if he found out she was his son’s sister. Logan’s mom was Jacqueline Hayes and was from the South and she raised Logan apart from Scotty, but Logan knew that Scotty was his father. That means Nelle also might know that Scotty was her half-brother’s bio dad (assuming they’re related).

Perhaps GH writers plucked the name out of thin air and Nelle Hayes has no tie to Logan Hayes. But it would be far more interesting if she did. Nelle was the victim of horrible parents who sold one of her kidneys to save their home from foreclosure, as it was revealed on the August 9 episode of GH. Nelle also said they’re dead now which means she has no one to go back to. 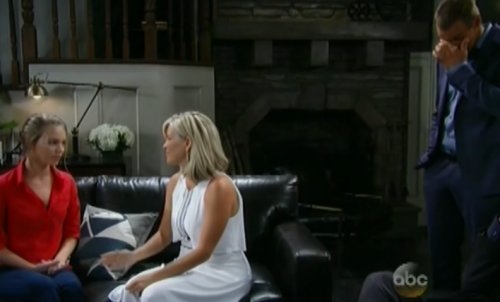 If Nelle is Logan’s sister, staying in Port Charles to be near Scotty would make sense. Although he wouldn’t be her dad, he’s the dad of her brother, and that’s close enough to make them pseudo-family. If true, this twist would give Nell some significant ties to Port Charles since she’d have a link to Scotty and, through him, a link to Franco (Roger Howarth) who was Logan’s half-sibling as well.

It’s not clear yet if Chloe Lanier has been brought in for a short arc to reveal that Jasper Jacks (Ingo Rademacher) bought her kidney from her parents or for a longer storyline. Clever GH viewers would have noticed that when she told the story about how her parents sold her kidney and she still has side effects that Jax looked sickened – and it might be his guilty conscience kicking in.

What do you think GH fans? Do you think Nelle Hayes’ last name is just a coincidence or is she Logan’s sister come to investigate her brother’s death as well as her kidney mystery? Will Jax have to pay her off again to keep from being prosecuted for organ theft? Buying an organ like that is not kosher or legal, so Jax might be facing some hefty consequences – no wonder he wants her gone…