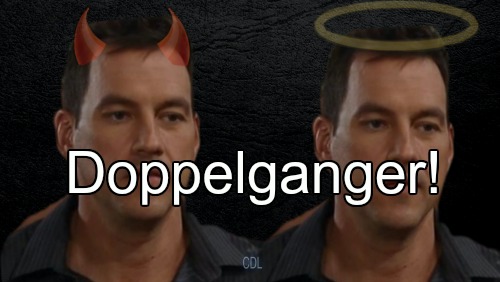 General Hospital spoilers explore a shocking change in one of our favorite Port Charles characters that observant GH viewers have been aware off for quite some time. General Hospital sweeps are over but stories are just heating up. A few months ago the character of Nikolas Cassadine (Tyler Christopher) fell/jumped through a glass window at Wyndemere. We all saw in horror that Nikolas’s lifeless body was at the bottom of the sharp rugged terrain. As fans all know, Nikolas survived and eventually ended up on Cassadine Island. A Cassadine Island storyline means more drama and more shocking discoveries!

On the Aug 8 General Hospital episode, Sam (Kelly Monaco) tells Elizabeth (Rebecca Herbst) that “Nikolas died like a hero like the Nikolas we used to know.” That comment makes it clear that the people who really know Nikolas noticed the huge change for the worse in him. As PC residents mourn Nikolas, GH viewers will find out that he’s alive and survived a bullet and yet another deadly fall thanks to Uncle Valentin (James Patrick Stuart).

General Hospital spoilers remind us that the character of Nikolas has evolved over the past year into somebody none of us recognize. He has turned into a true sinister Cassadine… or has he? The answer is that Nikolas has not been himself since the bomb incident on the Haunted Star back in February 2015. You’ll recall that Helena (Constance Towers) had Nikolas detained to keep him off of the boat because it was going to blow up and she knew it. 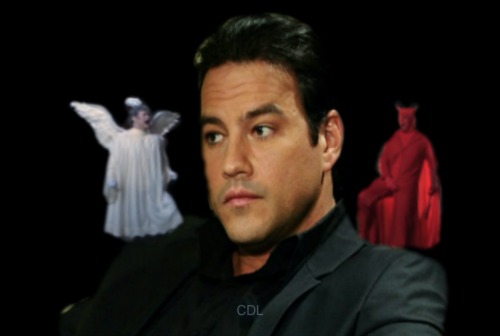 During the time Nik was knocked out, a doppelganger switch was made. It seemed after that incident that Nikolas progressively got darker and darker doing dastardly deeds. He was the polar opposite of the guy who dumped his fiancé because she lied.

The time of the switch is right on target because in December 2014, Helena told Nikolas about the true identity of Jake Doe (Billy Miller). Nik’s first reaction was to run to tell cousin Sam that her husband was still alive, which tells us, at that point, Nikolas was still the “real” Nikolas. But Helena threatened him into silence and he kept the Jake Doe secret.

Yes, Nikolas showed some sheisty behavior before the doppelganger switch while trying to steal ELQ, but that was just business. He was securing Spencer’s (Nicolas Bechtel) future since the Cassadines made a lot of bad investments and needed this ELQ deal. Being a shrewd businessman and being outright evil and trying to get people killed are two totally different beasts.

Dark Nikolas has lied and plotted for over a year, even ordering the assassination of Hayden Barnes (Rebecca Budig) just to keep the Jake/Jason secret… Dark Nikolas also poisoned his own grandmother’s tea supposedly killing her. 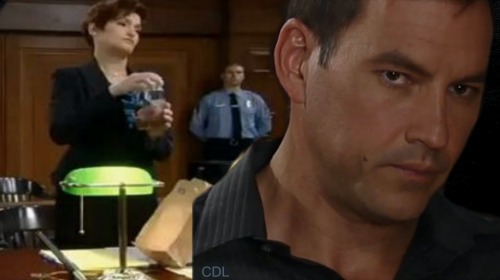 Nikolas’s dirty deeds will catch up with him but does that mean Nikolas is going to do hard time? Sources say no. General Hospital spoilers predict that the revelation that Nikolas was not “himself” will get Nikolas off in the same manner that Diane Miller (Carolyn Hennesy) got Franco (Roger Howarth) off in his trial with “the tumor made me do it!” excuse. Because Nikolas was not himself during all of his scandalous deeds he will get off Scot free.

This Fall promises to be full of GH excitement and mystery with Tyler Christopher’s Prince Nikolas back from the “dead”! The Prince will be his old sweet self – but don’t be surprised if that evil doppelganger rears his ugly head. Sources say Tyler Christopher loves playing dark Nikolas. Buckle up GH fans, it looks like the next few months are going to be quite bumpy!

What do you think CDL’ers? Do you think Helena switch the Good Prince Nikolas with an evil doppelganger, or did she implant a chip, or just brainwash him? Please leave your thoughts in the CDL comments below and check back often for the latest General Hospital spoilers.