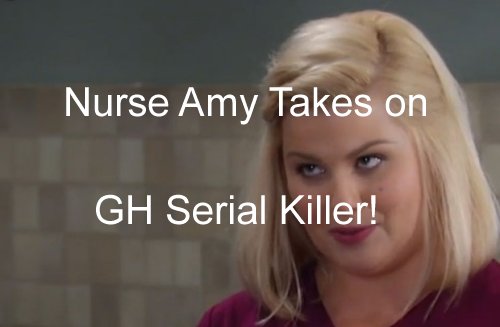 General Hospital (GH) spoilers reveal that Nurse Amy Driscoll (Risa Dorken) will get tangled up in the GH serial killer drama next week. The killer has been on his (or her) best behavior since offing Dr Mayes (Matt Riedy) but will have the urge to kill again soon in coming days.

A couple of weeks ago, Nurse Amy mentioned that she is carrying pepper spray in her scrubs pocket because she’s prepared to fight back in case anyone comes after her. Given the General Hospital spoilers that Amy has a terrible revelation at GH, might she come upon the killer hurting someone?

There are lots of patients to choose from for the GH killer to exercise the dark desires. Julian Jerome (William deVry) is handcuffed to a bed and helpless and already weak from the drug he took to fake a cardiac episode. No one would blink an eye if the killer got him. 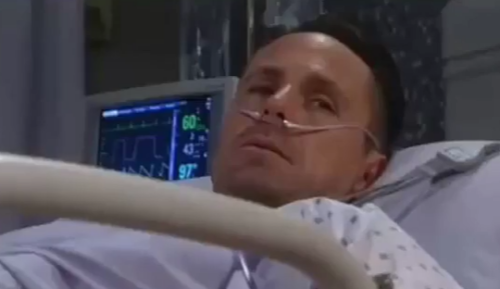 Plus, Naomi Dreyfus (Robin Riker) has checked into GH and it’s doubtful many people would do more than shrug if something terrible happened to the wife of horrid Ponzi schemer Raymond Berlin. Likely only Hayden Barnes (Rebecca Budig) would miss her.

There’s also reams of nameless, faceless, generic patients played by extras that could be offed, so it need not be a named character that falls victim to the killer in their next round of violence – although many GH fans have complained that the cast is swelling to ridiculous proportions…

Could Amy run off the killer and save the victim? She’s certainly loud enough to make a scene, draw a crowd, and make it impossible for the GH angel of mercy to finish the kill. Will Amy’s annoying loudness be the very thing that saves a life? 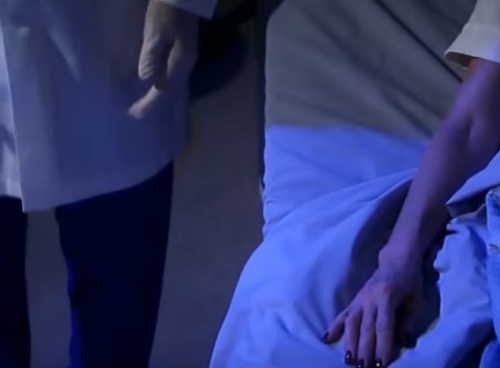 Other General Hospital spoilers tease that the next GH serial killer victim will not go quietly and fights back. That could fit with either Naomi or Julian if the killer comes for one of them because both of them are scrappy and wouldn’t go down easy.

Most of the time, the GH serial killer seems to prey on patients that are elderly and infirm and that he (or she) can take out without any resistance. But this individual has also attacked Lucas Jones (Ryan Carnes) and Dr Mayes who are young and healthy.

But since the killer is probably someone on staff there, it may have been that moment of recognition of a colleague that allowed the angel of mercy to get the drop on them rather than some sort of ability to physically overpower these two men.

Nurse Amy is a lot of fun and is an interesting (and much-needed) addition to the hospital staff so it will be interesting if the nosy and gossipy nurse turns out to be a hero that saves the next victim of the GH serial killer. 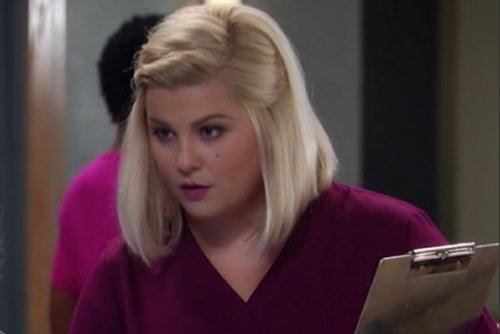 What do you think GH fans? Is the GH serial killer any match for cheeky Nurse Amy armed with her pepper spray and sass? Will she thwart the GH killer’s next attempt to take a life? Share your comments below and check back with CDL often for the latest General Hospital spoilers and news.