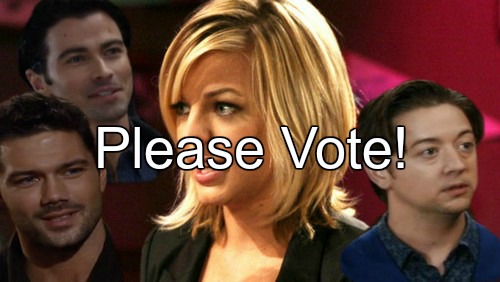 “General Hospital” (GH) spoilers reveal trouble ahead for Maxie Jones (Kirsten Storms) and her brand new fiancée Nathan West (Ryan Paevey). It looks like there may be NO wedded bliss but instead a romance miss. Who do you think Maxie really belongs with – Nathan, Spinelli or Griffin?

Consider the pros and cons of each and vote in the POLL below!

First and foremost, we must consider Damien Spinelli (Bradford Anderson) as Maxie’s true soul mate. They have a long history of friendship and affection plus The Jackal worships the ground his Maximista walks on and we can’t forget, they have the cutest baby in the world together in little Georgie.

The cons against this happening is that Maxie is shallow and Spinelli is cute but not handsome in the traditional matinee idol sense – and he’s got a good thing going with Ellie Trout (Emily Wilson). But I think we can all agree that Spinelli would be thrilled if he and Maxie ended up together – and fans would be too. But Ellie would be heartbroken… 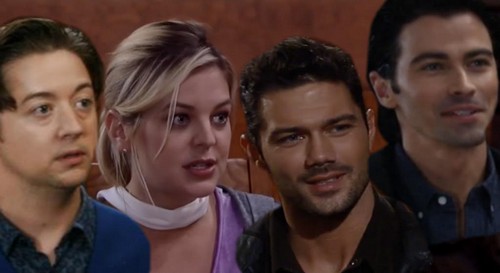 Nathan definitely seems to care about Maxie and we can’t deny that Nathan is eye candy any woman would love. Plus, he’s a cop and the hero thing is a definite turn-on. Nathan and Maxie triumphed together over rotten-to-the–core Levi Dunkleman (Zachary Garred) and Nathan loves Georgie too.

But on the flip side, we found out Nathan was not the 100% good guy we thought and he’s been telling fibs to Maxie about being married before and to a cheating French-Canadian no less. And there’s still some dirt there to be uncovered plus he said “I love you Claudette” when on drugs – not cool.

Of the three men we’re considering, only Griffin Munro (Matt Cohen) has not shared a romantic interlude with Maxie, but there’s chemistry galore there from the moment Maxie ran into his dripping wet hot bod wearing just a towel in the GH locker room. You could ignite a bonfire with that heat! That’s a plus.

The cons to Maxie and Griffin are two-fold. First, he told her outright he doesn’t want to be around her because she’s attractive and in a relationship. But second and most importantly, Griffin has a past with Nathan we don’t yet understand that has the potential to be a very big deal. That’s not good. 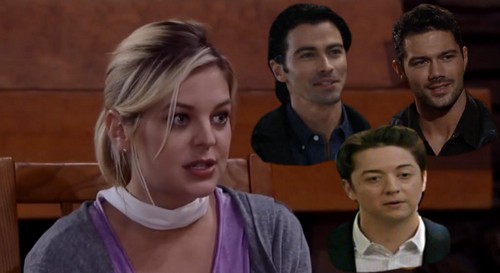 So who do you think Maxie should be with when the dust settles?

Can Maxie get past her shallow impulse to only settle down with a guy who looks model-delicious? Or can she appreciate Spinelli’s inner beauty and live without rock hard abs in her bed? Or is new guy Griffin the perfect blend of a body built for sin along with a beautiful mind?

Vote in the POLL below on who you want to see Maxie settle down with once and for all.

Be sure to share your comments below on Maxie’s love life and check back with CDL every day for more “General Hospital” spoilers and news.