‘General Hospital’ Spoilers: Should Murderers Julian and Ava Pay for Their Crimes? 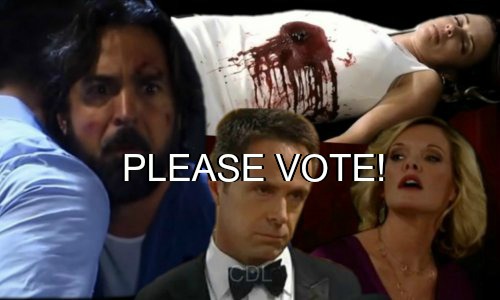 General Hospital (GH) spoilers reveal that even though Julian Jerome (William deVry) has been arrested because the cops have his confession for both the Carlos and Duke killings, that doesn’t mean he’ll necessarily be brought to justice.

Remember Paul Hornsby (Richard Burgi) also has Ava Jerome (Maura West) on tape confessing to a killing and she’s free. Is it high time that Julian and Ava pay for their many crimes? Vote in the CDL POLL.

Are Julian and Ava the worst criminals in Port Charles?

Sonny Corinthos (Maurice Benard) and Anna Devane (Finola Hughes) are obsessed with making Julian pay for his crimes – and Sonny would love to see Ava behind bars for killing Connie Falconeri (Kelly Sullivan), but are Anna and Sonny hypocrites? Are Julian and Ava really the worst people in town?

We’ve seen Sonny gun down plenty of people over the years and Anna is trying to avenge Duke Lavery (Ian Buchanan) who had a hit out on Jordan Ashford (Vinessa Antoine) not too long before he died. Duke was a stone-cold killer too. If you kill a killer, isn’t that different from killing an innocent person?

Should Julian and Ava pay while other killers go free?

There are plenty of other killers walking free in Port Charles – Sonny, Jason Morgan (Billy Miller), Michael Quartermaine (Chad Duell), Laura Spencer (Genie Francis), Alexis Davis (Nancy Grahn) and many others. They have all killed people yet are NOT in jail – many haven’t even faced charges.

General Hospital spoilers hint that many think that Julian and Ava are much worse than other killers in Port Charles. Clearly, Sonny sees all of this through a tilted lens – he thinks that if you kill people he values, then you’re bad. But if he kills someone, it’s totally justified. 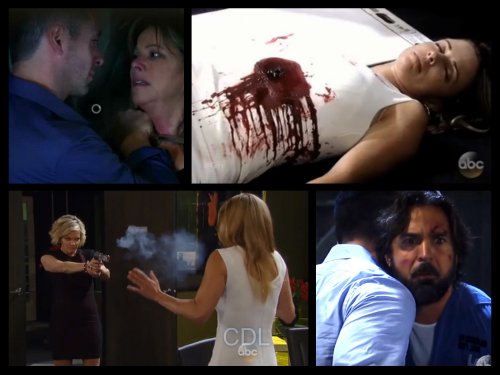 Why is Port Charles so lax on crime?

Granted Sonny was pardoned for the killing of AJ Quartermaine (Sean Kanan), but for the most part, his crimes have gone utterly unpunished. But then again, we have to consider that if Ava hadn’t prodded Sonny, he likely never would have shot AJ, so that one is mitigated by her guilt.

Things are also dodgy because the DA running Port Chuck is a murderer himself. It seems like there are few in town that have clean hands. Will the city ever make criminals pay for their crimes? And, if so, should it be just the Jerome siblings that pay – or all the criminals around PC?

There have been DAs in the past that have promised to clean up Port Charles, yet Sonny continues to run a cartel under the PCPD’s nose and the Jerome mob is active too. Clearly, there are flaws in the way the PCPD is running things – and the DA is dirty himself.

Do GH fans see things the way that Sonny does?

Do you think Julian should be sent to jail for killing Carlos and Duke while other killers are on the loose in Port Charles? At least in Franco’s (Roger Howarth) case, he was exonerated because of his tumor defense, but most of the other Port Chuck killers don’t have such a defense for their criminal actions.

Clearly, the way that Sonny and Anna see things is skewed based on their loyalties and preferences. But do GH fans agree with this? Do you think that Ava and Julian are worse than the others that have gone unpunished for their murderous deeds?

Vote in the POLL and share your comments on whether you think Julian and Ava should face justice for their kills or if they should get the same breaks that other GH killers do. Plus, check back with CDL often for more General Hospital spoilers and news.