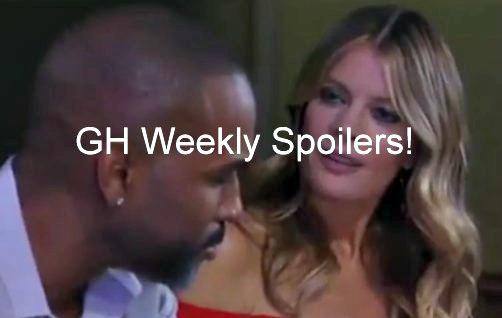 General Hospital (GH) spoilers for this week’s episodes from Monday, August 1 through Friday, August 5 tease that there’s plane crash drama and Franco is brought in for serial killer questioning. We’ll see Nina gets some action, Jax is back, and someone tries to kidnap Spencer. Here’s what to expect this week.

As the week kicks off, things look dire for Jason Morgan (Billy Miller) after the plane crash. Ava Jerome (Maura West) is sure he’s dead but, of course, he’s not. You can’t kill Stone Cold! Lulu Spencer (Emme Rylan) shares with Dante Falconeri (Dominic Zamprogna) about the body that she found in the tunnels on Cassadine Island.

Dante advises her to keep that secret since things aren’t going so well for the group. Did Kevin Collins (Jon Lindström) live through the crash? Will they get him medical attention in time to save his life? The survivors continue to face danger even after they make it out of the crash.

Also, Valentin Cassadine (James Stuart) makes a shocking discovery. What will this drive him to do next? Jason makes it back to the other crash survivors but has bad news for them. What is it and how do they get out of Greece and back home?

Back in Port Charles, the lab results are back and Franco (Roger Howarth) becomes the prime suspect in the GH serial killer case because his prints were on the drug vial. Jordan Ashford (Vinessa Antoine) asks Andre Maddox (Anthony Montgomery) to create a psych profile of the GH serial killer.

Franco will be brought in for questioning and Liz Webber (Rebecca Herbst) stands up for him to defend him against the accusations he’s facing. Scott Baldwin (Kin Shriner) steps up to represent his son as he faces legal scrutiny. 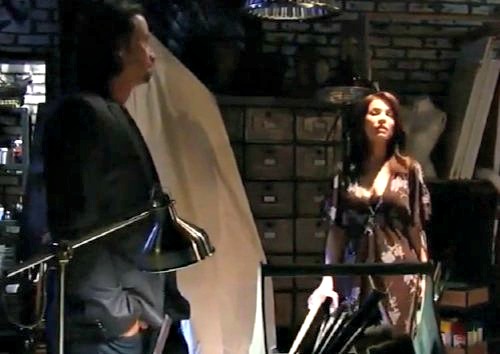 Scott also tells his son he’s better off with Nina Clay (Michelle Stafford). Nina meets with Curtis Ashford (Donnell Turner) and shares a tidbit of a past conversation with Franco that makes Curtis think that Franco is the GH killer.

Nina also has a task for Curtis and later encounters Scott who tells her that he likes her paired up with his son. General Hospital spoilers hint that Nina falls prey to a seduction, but who does she get with, and is it a bad or good thing?

Nina takes matters into her own hands this week after overhearing something that sparks her interest. Also, Scott and Lucy Coe (Lynn Herring) get tipsy together and things get intense. How heated will their reunion become? Is it game on for the exes?

Jasper Jacks (Ingo Rademacher) is back on Monday and Jax has a run-in with Hamilton Finn (Michael Easton) and lizard Roxy then later he confronts Carly Corinthos (Laura Wright) for continuing to dig into the kidney mystery. Does Jax have a guilty conscience because he was involved in the organ purchase? 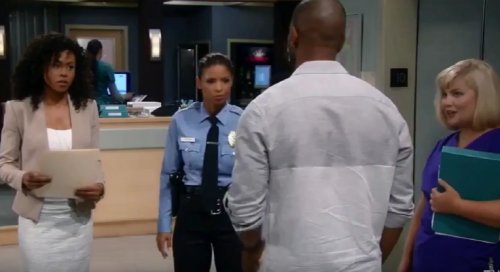 Josslyn Jacks (Eden McCoy) gets face time with her dad and Jax gives Carly an ultimatum, but will she bend? Jax and Sonny Corinthos (Maurice Benard) also face off, but General Hospital spoilers indicate that it won’t be as acrimonious as past encounters.

The Cassadine Island group makes its way back to Port Chuck and Lulu and Dante go to the PCPD to vouch for Jason’s innocence so the warrant can be swept away. Sam Morgan (Kelly Monaco) heads over to confront Julian Jerome (William deVry) for his recent actions.

Julian needs legal assistance later in the week and begs Ava to help him out of the jam he’s in right now. Also, Alexis Davis (Nancy Grahn) has a total breakdown this week when everything that’s been going on hits her hard and all at once.

Kristina Corinthos (Lexi Ainsworth) confides in brother Morgan Corinthos (Bryan Craig) about the sad state of her love life now that she’s been double dumped. General Hospital spoilers hint that Kristina continues to obsess about Parker Forsyth (Ashley Johnson) and this will blow up the following week.

Morgan’s love life goes off the rails as well. GH spoilers tease that Morgan will propose to Kiki Jerome (Hayley Erin) or make another equally serious romantic gesture that Kiki misinterprets. Kiki decides that Morgan might be in a manic phase and worries.

Dillon Quartermaine (Robert Watkins) complains to Valerie Spencer (Brytni Sarpy) that he’s disappointed things didn’t work out with Kiki and then he gets some bad news from Darby Collette (Jesica Ahlberg) and then breaks some unwelcome news to Morgan. 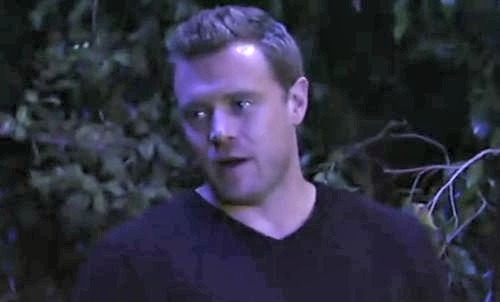 Kirsten Storms is back as Maxie Jones on August 3 to replace recast Molly Burnett. Claudette Bolland (Bree Williamson) is hurt and Nathan West (Ryan Paevey) gets her help at GH after they take care of the Jeep breakdown. Is this when Claudette and Griffin Munro (Matt Cohen) have their reunion?

Nathan asks Maxie to forgive and trust him again and then they make a decision about their wedding and update their loved ones – was Maxie furious to find out he’s been all alone in the woods with Claudette? How close did the exes get while stranded?

Also, someone tries to kidnap Spencer Cassadine (Nicolas Bechtel) this week. General Hospital spoilers tease that Sonny will thwart the kidnapping attempt. Jason meets up with Sonny this week and may be on hand when things turn dangerous.

Lots happening on the episodes in the week of Monday, August 1 thru Friday, August 5. Watch every day and then come back to CDL for the hottest General Hospital spoilers and news.