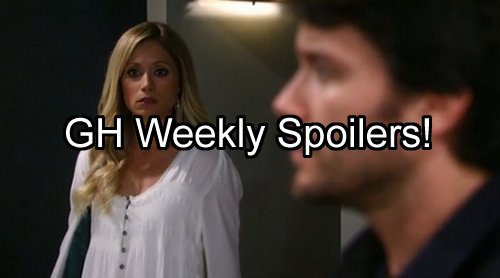 New General Hospital (GH) spoilers for episodes the week of Monday, August 22 thru Friday, August 26 reveal crushing news for Dante and Lulu, Julian and Alexis spiral, Laura terrorizes Hayden, Naomi is back and Tristan Rogers returns as Robert by week’s end. Here’s a look at all the action.

Dante Falconeri (Dominic Zamprogna) and Lulu Spencer (Emme Rylan) are happily making baby plans but when they get devastating news this week, Lulu will be crushed and all their plans will seem to be for nothing. Looks like baby number two may be an unfulfilled wish (for now).

Elizabeth Webber (Rebecca Herbst) has a big week. She gets a mysterious package that stirs her curiosity. Laura Spencer (Genie Francis) reaches out to Liz to discuss what to do about Spencer Cassadine (Nicolas Bechtel) since his dad is “dead” and they need to sort out his future. 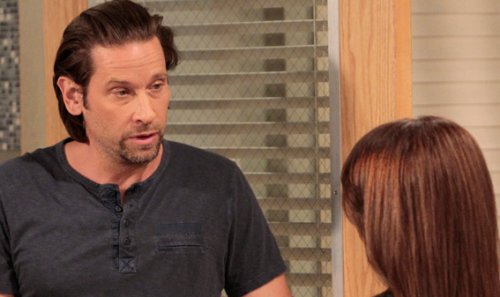 Liz is faced with a life-changing decision that will complicate her life and she finds herself needing Franco (Roger Howarth) and reaches out to him. Franco will step up and be a sounding board and source of comfort despite Liz breaking things off with him recently.

Franco talks to Nina Clay (Michelle Stafford) about his frustrations that Liz crushed his hopes of them having a future and the two of them commiserate on things not working out like they want. Franco chats up Kevin Collins (Jon Lindström) for help getting his GH job back.

Liz and Ava Jerome (Maura West) find out something of interest this week and Ava hatches another scheme to break up Morgan Corinthos (Bryan Craig) and Kiki Jerome (Hayley Erin). Ava is also worried about Julian Jerome (William deVry) who is growing depressed in jail. 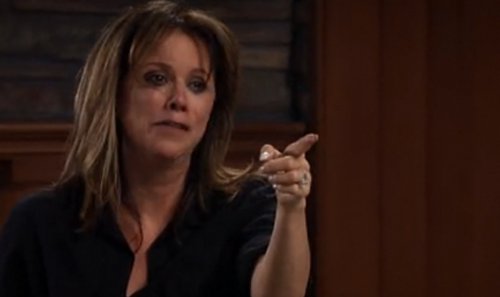 The Davis ladies are still at war and Molly Lansing (Haley Pullos) tries to make peace between her mom and Kristina Corinthos (Lexi Ainsworth) but Kristina is still furious that her mom broke up her and Parker Forsyth (Ashley Jones) and can’t let things go.

Alexis Davis (Nancy Lee Grahn) sees her week go from bad to worse when Jordan Ashford (Vinessa Antoine) angrily confronts her. Alexis is spiraling and behaving erratically and Sonny Corinthos (Maurice Benard) also has something to say that Alexis doesn’t want to hear.

Over at Casa Corinthos, Morgan and Sonny have a serious talk and then later Carly Corinthos (Laura Wright) has to fire the nanny that cares for baby Avery and Nelle Hayes (Chloe Lanier) steps up to help out which results in major bonding between Carly and Nelle. 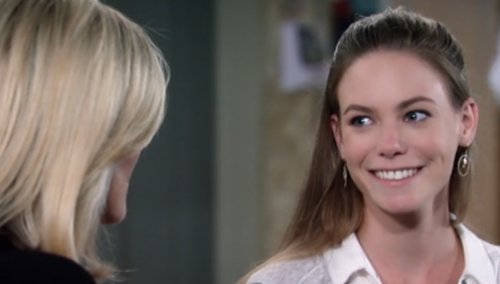 Naomi Dreyfus (Robin Riker) has dinner with Hayden Barnes (Rebecca Budig) and advice is on the menu. Hayden wonders about the sincerity of her mother’s intentions. Later, Hayden gets a phone call that worries her greatly.

Also, Laura finds out something about Hayden and doesn’t like it. Laura comes at her hard again and Hayden is stressed out. Hamilton Finn (Michael Easton) is her only source of comfort. Kevin and Laura enjoy their first official date.

Finn and Dr Obrecht (Kathleen Gati) have a major showdown at GH. He’s sick of her snark and Obrecht goes off on him. By Friday, we’ll get a glimpse of Robert Scorpio (Tristan Rogers) and he’ll kick into action the following week. 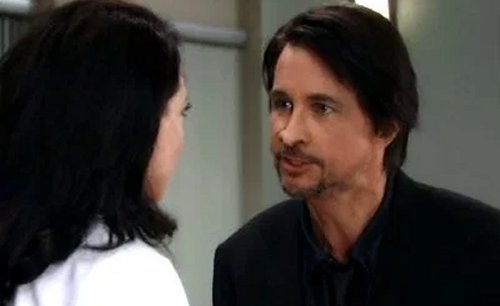 There’s lot to see on the episodes the week of Monday, August 22 thru Friday, August 26. Share your comments below on the action to come and check back with CDL often for the latest General Hospital spoilers and news.