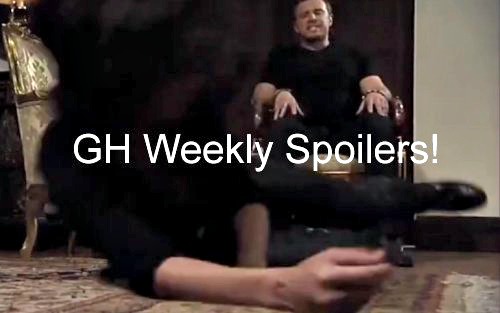 General Hospital (GH) spoilers for episodes the week of Monday, July 25 to Friday, July 29 reveal that Kevin may not make it, chaos breaks out on the island, Julian hatches a risky escape plan, Maxie schemes to trash Claudette who grows closer to Nathan – plus action on the secret sister and kidney storylines.

Carly Corinthos (Laura Wright) is surprised by how invested Nina Clay (Michelle Stafford) is in helping her find Josslyn Jacks’ (Eden McCoy) kidney donor. Carly and Nina make a plan on how to dig up the truth but will Josslyn’s passionate plea to her mother derail their investigation?

Will Curtis Ashford (Donnell Turner) figure out that the kidney case is why Nina had him looking into shady doctors at GH? Also this week, Curtis and Jordan Ashford (Vinessa Antoine) get closer. Maxie feels a little guilty, particularly after Claudette offers Nathan West (Ryan Paevey) an apology and offers Maxie a gift. 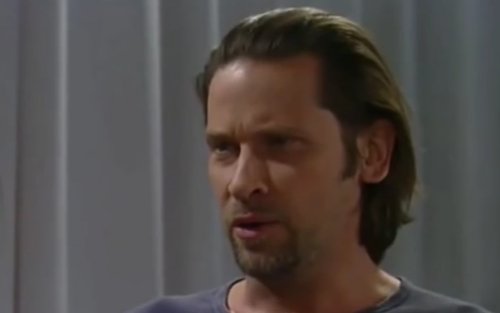 General Hospital spoilers tease that Nina applauds Maxie Jones’ (Molly Burnett) efforts to put Claudette Bolland (Bree Williamson) in her place. Nathan appears to soften a bit and by the end of the week, Claudette is confident her plan to win him back is working when Nathan offers her a ride.

An upset Maxie turns to Griffin Munro (Matt Cohen) to talk about her woes – will she mention that Nathan’s ex is in town and stun the sexy doc? How long until Griffin runs into Claudette or hears someone say her name?

Julian Jerome (William deVry) hatches an escape plan but Nina makes a move to ruin his plans and later, Sonny Corinthos (Maurice Benard) stops by to mock Julian and make it clear to his enemy that he can’t wait to see him behind bars for life. What will Julian try next? 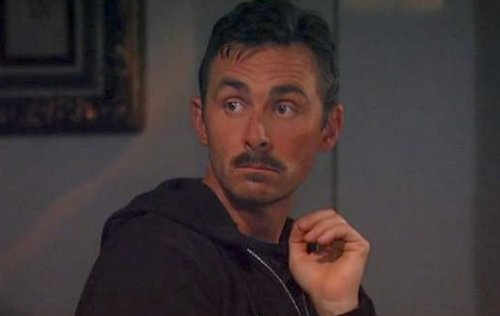 Over at GH, Valerie Spencer (Brytni Sarpy) can’t let go of her suspicions that Franco (Roger Howarth) is the GH serial killer particularly when she sees him somewhere shady. Franco has to defend himself against the accusations and later scares Liz Webber (Rebecca Herbst) when they go on their date.

Franco takes Liz somewhere unusual and she wonders if agreeing to a date with the reformed serial killer was a serious mistake on her part. General Hospital spoilers also reveal that FBI subpoenas will be served this week, but on whom? Naomi Dreyfus (Robin Riker)?

Naomi keeps freaking out over names from her past and Heather Webber (Robin Mattson) gets a surprise visitor in jail – is it Naomi who wants to discuss her murky history and Jeff Webber? Hayden Barnes (Rebecca Budig) gets the brush off from Hamilton Finn (Michael Easton) when she asks about his health. 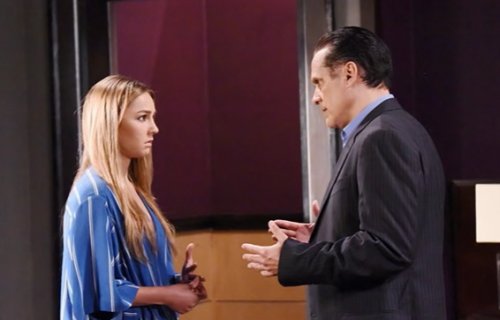 Back at GH, Amy Driscoll (Risa Dorken) finds something that shocks her – is it a serial killer victim? Has the GH angel of mercy struck again? What could it be? Will Valerie be on duty that night to help out? Jasper Jacks (Ingo Rademacher) is back for an arc soon and could pop up for just a few moments on Friday.

General Hospital spoilers reveal that things are bad on Cassadine Island. Kevin Collins (Jon Lindström) is bleeding out, Valentin Cassadine (James Stuart) is waving his gun around and making threats, and Lulu Spencer (Emme Rylan) flips out over the body she found.

Dante Falconeri (Dominic Zamprogna) and Ava Jerome (Maura West) team up to deal with a threat and Sam Morgan (Kelly Monaco) and Jason Morgan (Billy Miller) make a stunning discovery then make a move to save themselves. Also, a mystery woman makes her first appearance. 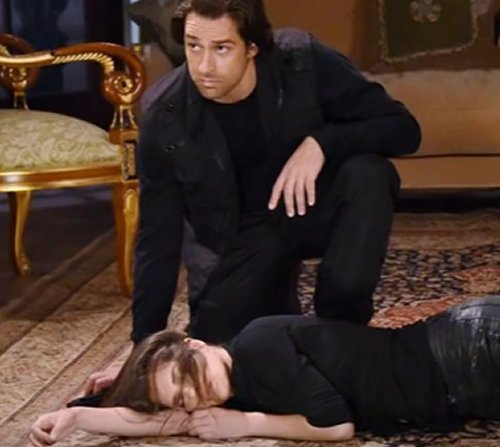 Sonny Corinthos (Maurice Benard) confronts Kristina Corinthos (Lexi Ainsworth) on her cheating and an argument breaks out. Alexis Davis (Nancy Grahn) hears the news that Kristina got with Parker Forsyth (Ashley Johnson) and goes to confront the professor.

Sonny and Alexis have a tense talk and it looks like Parker isn’t ready to deal with Kristina’s confusion and complicated life. Parker writes Kristina a long letter then leaves Port Charles, but is it for good? Will Kristina’s night of passion with Parker change her life?

All this and more happening on the GH episodes the week of Monday, July 25 thru Friday, July 29. Share your comments, watch GH every day and be sure to check back with CDL often for the latest General Hospital spoilers and news.