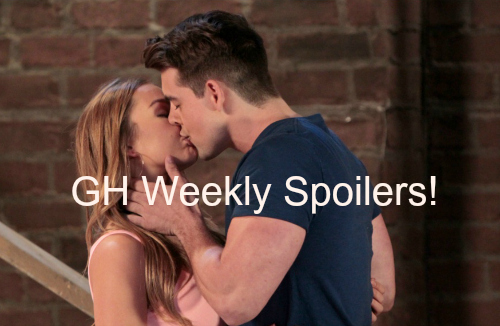 General Hospital (GH) spoilers for the episodes the week of Monday, June 27 to Friday, July 1 reveal that Ava has to help Nikolas, Jason is in danger, Kiki has to mediate Morgan and Dillon’s jealousy, Julian has to decide to do bad or not and lots more action.

Finn Hamilton (Michael Easton) is risking his medical license to save Sabrina Santiago’s (Teresa Castillo) baby but he doesn’t care. Monica Quartermaine (Leslie Charleson) will come down on him hard and will set off Finn’s allies who are ready to defend him.

Finn offers a diagnosis that stuns about baby Eduardo. Also this week, Finn wonders if he can trust Hayden Barnes (Rebecca Budig) to have his back and finds out something about the medicine he needs to keep himself alive while he searches for a cure.

Monica will question Tracy Quartermaine’s (Jane Elliot) motives when it comes to this matter and Hayden will be stunned to find out that Nikolas Cassadine (Nick Stabile) has a connection to her father Raymond Berlin that she never suspected. 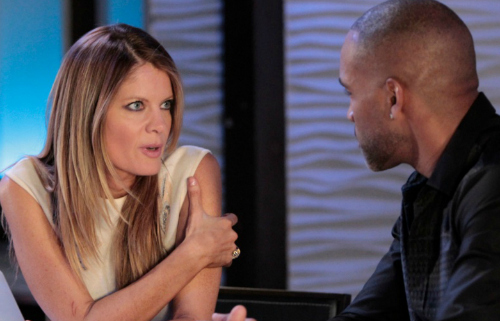 In England, Ava Jerome (Maura West) isn’t pleased to wake from a night of shed-boozing with Nikolas to find him half undressed. Ava worries their problems will follow them as they work to get away. Ava steps up to help Nikolas.

Jason Morgan (Billy Miller) is knocked out as he and Sam Morgan (Kelly Monaco) pursue Nikolas. Sam is devastated to learn that Alexis Davis (Nancy Grahn) has been arrested but is committed to staying with Jason to secure his freedom from murder charges.

Lulu Spencer (Emme Rylan) is still convinced her brother is dead and she and Dante Falconeri (Dominic Zamprogna) want to pay respect to him in a personal way. Will they decide to name the baby they’re planning after Nik or is it something else?

Julian Jerome (William deVry) is being haunted by Carlos Rivera (Jeffrey Parise) who seems to be acting as the devil on his shoulder telling him to take out Alexis before she sends him to jail. Julian knows that would be best and what his mob boss side wants but he can’t. 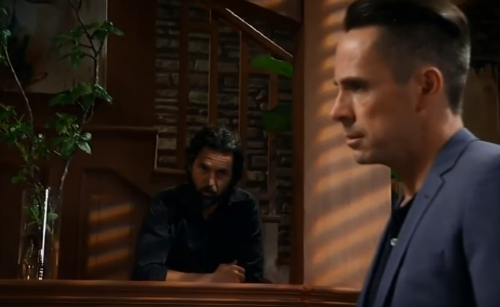 Alexis works with Anna Devane (Finola Hughes) to figure out how to take down Julian. Sonny Corinthos (Maurice Benard) shares his thoughts with Anna and they have high hopes that Alexis can wring a confession out of her husband.

Sonny delivers a surprising piece of info to Julian and then Julian shocks someone when he makes an outrageous demand. General Hospital spoilers reveal that things will get unpleasant at Casa Jerome and Alexis will be frustrated by Julian’s refusal to pay for his crimes.

Also this week, General Hospital spoilers reveal that Anna finds out why Griffin Munro (Matt Cohen) left the church and also new Maxie Jones (Molly Burnett) should make her first recast appearance this week. Maxie decides she might be cursed with bad luck.

Valerie Spencer (Brytni Sarpi) has a tough choice to make this week and Curtis Ashford (Donnell Turner) will get a shot at a new job soon. TJ Ashford (Tequan Richmond) tries to get more info from Curtis about the baby daddy secret.

TJ will confront Jordan Ashford (Vinessa Antoine) this week about her 19+ years of lies. Over at GH, Liz Webber (Rebecca Herbst) has some suspicions after a strange encounter with another staffer. General Hospital spoilers reveal it may be Dr Mayes (Matt Riedy). 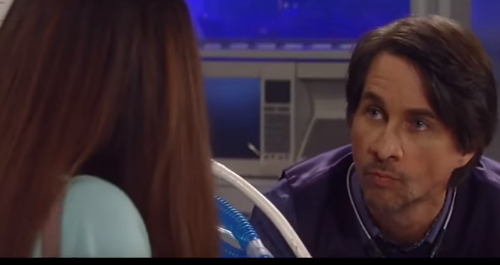 Franco (Roger Howarth) can’t keep ignoring Nina Clay’s (Michelle Stafford) texts – she won’t stand for it. Nina confronts Franco and they have it out including a deep discussion about their split and any residual feelings either of them has.

Aaron Roland (John DeLuca) and Kristina Corinthos (Lexi Ainsworth) get closer and closer, but can she shake offer her feeling for Professor Parker (Ashley Johnson)? When will Aaron and Kristina get into business together?

Kiki Jerome (Hayley Erin) finds out she’s got two men with their eyes on her. Thanks to a pep talk from Nina, Dillon Quartermaine (Robert Watkins) tells Kiki he wants to be with her. But Morgan Corinthos (Bryan Craig) overhears and tells Dillon where to step off. It doesn’t go well.

Kiki has to intervene as the two face off ready to fight for her love. What will Kiki do? First thing is she has to calm them down so things don’t get out of hand. Will Kiki choose one or decide to date them both? Who will lose out on Kiki’s love?

What do you think GH fans? Will Finn be fired instead of suspended for helping Sabrina’s baby? Will Ava and Nik escape? Will ghost Carlos ever leave Julian alone?

Share your comments below on the action coming on GH the week of Monday, June 27 thru Friday, July 1. Plus, check back with CDL all week long for tons more General Hospital spoilers and news.