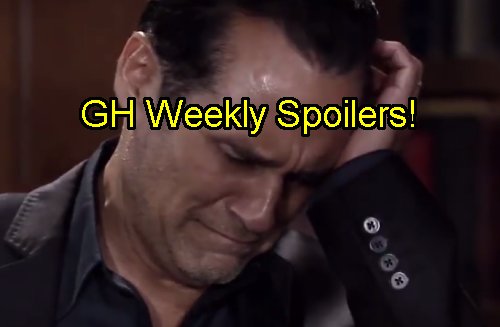 New General Hospital (GH) spoilers for episodes the week of Monday, October 24 to Friday, October 28 reveal that Claudette gets herself into more trouble, Griffin struggles and turns to Anna, Franco winds up jealous after doing the right thing, and Curtis won’t give up the case.

The week kicks off with Laura Spencer (Genie Francis) on a romantic date with Kevin Collins (Jon Lindström) but she’s distracted when she meets Charlotte Munro (Scarlett Fernandez) and has a sense of déjà vu. Does she remind her of Lulu Spencer (Emme Rylan) or a Cassadine? 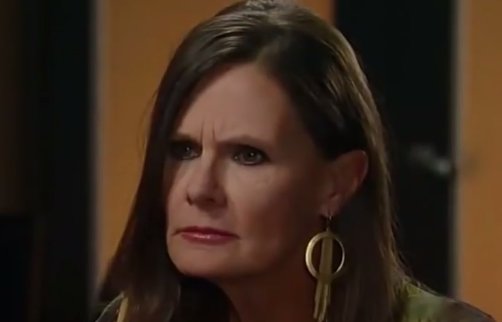 Lucy Coe (Lynn Herring) has some news for Laura on the sale of Wyndemere and Laura prepares to bid adieu to the relic. Did Valentin Cassadine (James Stuart) buy the Cassadine casa? Or was it someone else? Did Valentin have the rights to the house in the paperwork Nikolas signed?

Hamilton Finn (Michael Easton) is flummoxed when Hayden Barnes (Rebecca Budig) presses him to express his feelings for her. Will he finally get past the issue of him dying as a roadblock to romance? Nelle Hayes (Chloe Lanier) urges Michael Quartermaine (Chad Duell) to be patient with his dad. 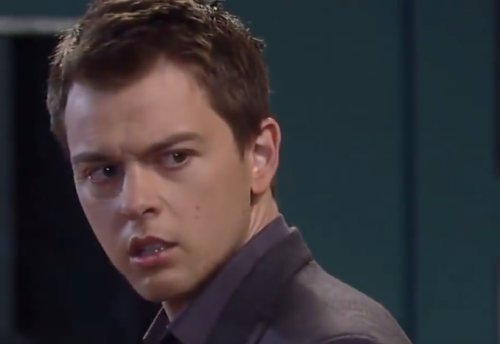 Bobbie Spencer (Jacklyn Zeman) sees Nelle with Sonny Corinthos (Maurice Benard) and is uncomfortable and assumes the worst. She shares her concerns with Michael who then has to rethink whether Nelle was giving him sound advice or had an agenda.

Sonny continues to be haunted by memories of his dead son and is floored when Carly Corinthos (Laura Wright) tells him she doesn’t want him around. Things are not thawing in marriage #5. Scotty Baldwin (Kin Shriner) pushes Sonny’s buttons and they get into an ugly confrontation. 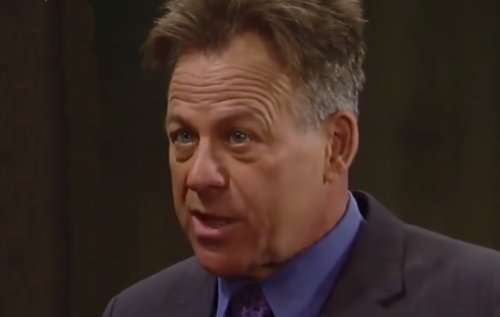 Jason Morgan (Billy Miller) and Sam Morgan (Kelly Monaco) tell Danny they have a baby on the way. Jason steps up for a friend in need and later warns someone to back off. Robin Scorpio (Kimberly McCullough) is back in Port Charles for Morgan’s memorial service and catches up with past friends.

Claudette Bolland (Bree Williamson) skips town and leaves her daughter behind which makes Griffin Munro (Matt Cohen) an instant full-time dad. He struggles and when Charlotte has a meltdown, Liz Webber (Rebecca Herbst) helps out but this has Franco (Roger Howarth) seeing green. 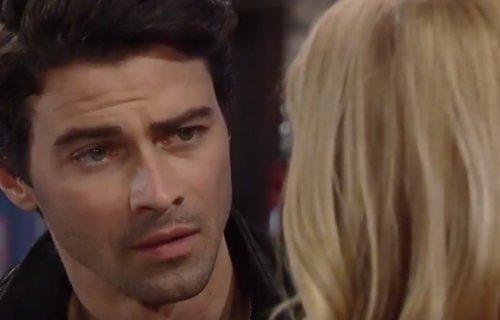 Griffin turns to Anna Devane (Finola Hughes) this week when he struggles being a single dad. General Hospital spoilers indicate that Franco will choose Liz over his mom and rat out Heather Webber (Robin Mattson) to the PCPD this week so they can reopen the hospital.

Nathan West (Ryan Paevey) is not happy that Maxie Jones (Kirsten Storms) was mistaken for Claudette and then the two are stunned when they are sent a video that offers more insight on Claudette and her shady past actions. 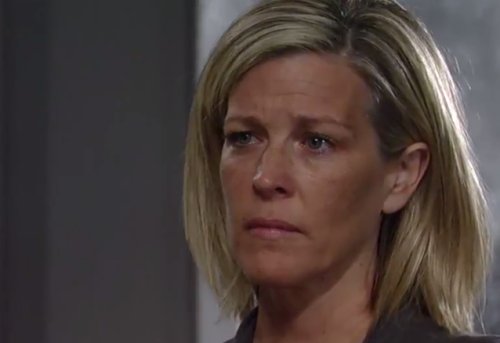 Alexis Davis (Nancy Grahn) has an encounter this week that has Sam wondering what her mom is up to. Turns out Alexis is using her time off of work as a lawyer to work an agenda she doesn’t want Sam to know about.

Also this week, Alexis goes to Carly to express her grief over her loss. How will Carly take this since the bomb that killed Morgan was meant for Julian Jerome (William deVry), a man Alexis should never have married?

Curtis Ashford (Donnell Turner) makes headway into the investigation into Morgan’s death but when Jordan Ashford (Vinessa Antoine) finds out what he’s up to she tells him to stop. Curtis won’t back down so Jordan orders Valerie Spencer (Brytni Sarpy) to keep her updated on his progress.

This will be another sad week in Port Charles on the episodes of Monday, October 24 thru Friday, October 28. Share your comments below and check back with CDL often for all the latest General Hospital spoilers and news.

There are really important matters to discuss. pic.twitter.com/7vTPAQrkuW