‘General Hospital’ Spoilers: Which of Sonny’s Sons Is Your Favorite – Michael, Morgan or Dante? 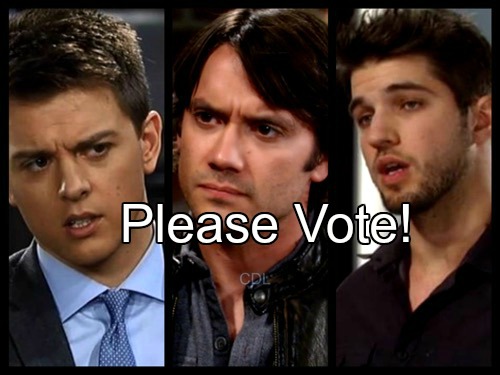 General Hospital (GH) spoilers reveal that Sonny Corinthos (Maurice Benard) has drama coming this summer with his kids – but which of the Corinthos boys do you prefer? Here’s a look at what’s in store for Sonny’s three sons in coming weeks – read and then vote in the CDL POLL.

Michael Quartermaine (Chad Duell) is teetering between his life as a Q and a Corinthos, but his summer drama involves Sabrina Santiago (Teresa Castillo). Michael is determined to get back with her and Sonny and Carly Corinthos (Laura Wright) don’t like it, but he won’t be dissuaded.

Michael will turn to his parents when someone from Sabrina’s past threatens to interfere with their reunion. Sonny and Carly are still reeling from Sabrina running off with Carlos Rivera (Jeffrey Parise) and her baby paternity lie, so will they calm down and accept her or is a Corinthos clash coming?

Plus, there’s still the unsettled issue of how Michael stepped up to represent the Corinthos cartel in mob meetings while Sonny was out of action because he had been shot. Will Michael stay at ELQ or is his fate to be mobbed up like Sonny? It’s not what Sonny wants, but he may not be able to stop Mikey.

As the youngest of the sons, Morgan Corinthos (Bryan Craig) has always been spoiled but his recent actions have given Sonny nothing but angst. First there was the Ava Jerome (Maura West) affair, then the gambling addiction, and most recently the gun runner SNAFU.

Sonny sees so much of himself in Morgan, particularly with the bipolar struggle, so he gives more of himself to Morgan and leaves his other two sons out in the cold occasionally. Michael is more like Sonny when it comes to business, but Sonny and Morgan are like two sides of the same emotional coin.

Morgan is at high risk for a backslide and with Dillon Quartermaine (Robert Watkins) pushing to get with Kiki Jerome (Hayley Erin), if Morgan loses her, he could lose his sanity. Also, General Hospital spoilers reveal Darby Collette (Jesica Ahlberg) is back soon and she’s a terrible influence on Morgan.

Dante Falconeri (Dominic Zamprogna) and Sonny have such a rough history together what with the cop thing plus Sonny shooting him before he realized that Dante was his son. They seem to be in a good place right now, though, and Sonny just helped Dante get the house he wants.

Dante has an adventure coming on Cassadine Island which may see him arriving back in Port Charles with another kid if Lulu Spencer’s (Emme Rylan) stolen embryo was hatched. There are also some General Hospital spoilers that Dante and Lulu might be back-burnered and we’ll see less of them.

And as long as Dante remains a cop, and it looks like he will, he and Sonny will always be operating against each other to some extent and also living by totally different philosophies. Will Sonny’s quest for revenge against Duke’s killer put him at greater odds with Dante? 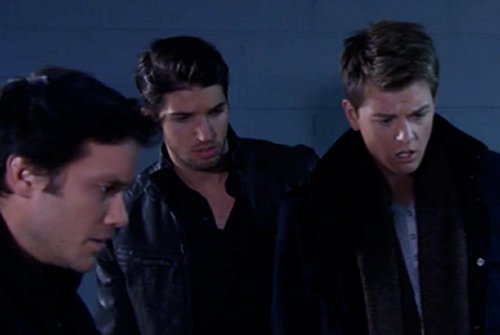 What do you think GH fans? Which of Sonny’s three sons is your favorite? Michael, Morgan or Dante? Vote in the POLL below and share your comments on the Corinthos sons and their coming summer storylines.

Be sure to check back with CDL often for more General Hospital spoilers and news.