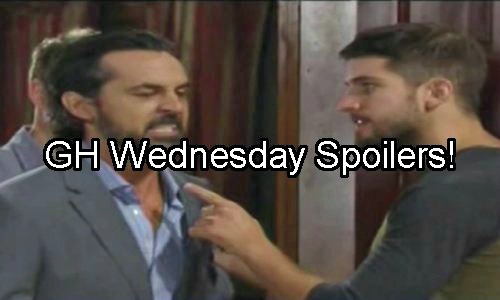 New General Hospital (GH) spoilers for the Wednesday, September 21 episode reveal that Tracy cracks under pressure and confronts Paul. Naomi opens up to Hayden, Finn finds something that sets him back emotionally plus aftershocks from the verdict resonate. 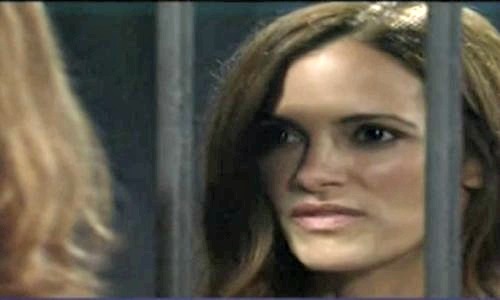 The irony won’t be lost on GH fans that Tracy is talking to the man responsible for all of her woes. Paul assures Tracy that he’ll pressure the PCPD to crack the case but, instead, Paul does all he can to throw the investigation off track. His time is fast running out.

Hayden Barnes (Rebecca Budig) gets a visit behind bars from her mom Naomi Dreyfus (Robin Riker) who has some explaining to do. Naomi comes clean to Hayden and confirms the secret-sister connection to Elizabeth Webber (Rebecca Herbst). Hayden isn’t happy. 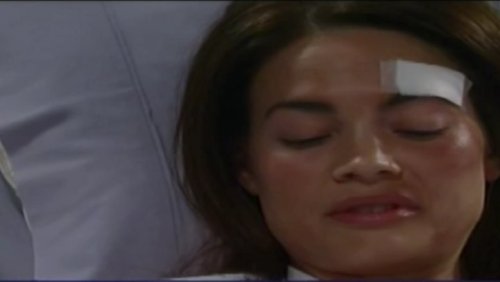 Naomi begs for Hayden’s forgiveness but Hayden is reeling from the shock of her dad Raymond Berlin not being her dad and her father being a man she’s never met. General Hospital spoilers reveal that Hayden asks her mother how long she was going to hide the truth.

Lizard lover Dr Hamilton Finn (Michael Easton) finds something from his past that sets him off. He finds something in a box from storage – is it a token of his dead wife Reiko? Finn struggles and feels defeated but not before wrecking his hotel room in a rage. 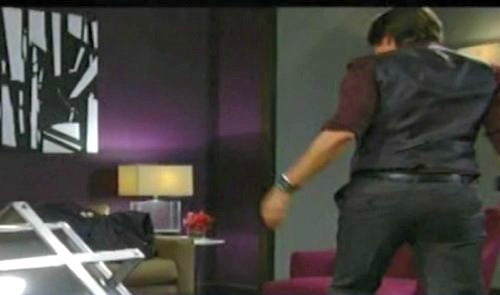 Joe Rivera (Jeffrey Parise) shows up to Q mansion and wants his nephew. Michael Quartermaine (Chad Duell) is holding the baby and Morgan Corinthos (Bryan Craig) and Dante Falconeri (Dominic Zamprogna) are there supporting their brother.

Joe says that Michael is nothing to Teddy and Morgan snaps and assaults Joe. Dante and Michael are increasingly concerned about Morgan’s behavior. Will Joe press charges? This sets the stage for the coming custody battle over Sabrina’s son. 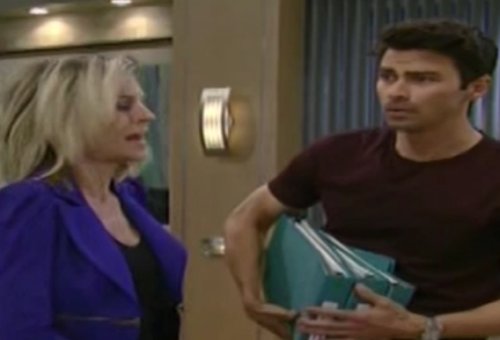 Maxie Jones (Kirsten Storms) talks to Griffin Munro (Matt Cohen) about the hospital shuttering and all the GH killer drama. But the real drama is across town because Nathan West (Ryan Paevey) wants to know about Claudette Bolland’s (Bree Williamson) kid.

Is it his daughter or Griffin’s? The danger Claudette is in explains why her daughter isn’t with her, but this bombshell will stun Nathan, particularly if it’s his child. Elizabeth Webber (Rebecca Herbst) tells Franco (Roger Howarth) that she can’t lose anything else in her life. 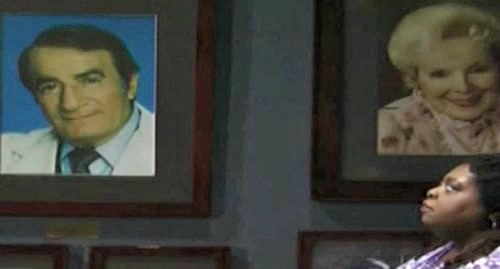 Epiphany Johnson (Sonya Eddy) tells Dr Hardy’s portrait that she’s sorry and says they tried but it looks like GH is going to have to roll up the carpets soon. What do you think GH fans? Who do you hope is the father of Claudette’s daughter?