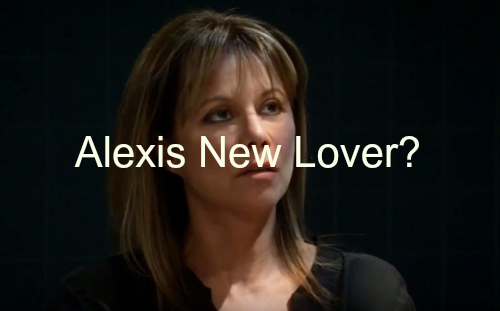 General Hospital (GH) spoilers reveal that Anna Devane (Finola Hughes) makes a play to get Alexis Davis (Nancy Grahn) to flip on Julian Jerome (William deVry) when the lady lawyer is hauled into the PCPD in handcuffs for killing Carlos Rivera (Jeffrey Parise).

General Hospital spoilers reveal that Anna knows 100% that Alexis didn’t kill Carlos but also knows that with Alexis arrested thanks to forensics test on the Cassadine dagger, that she’s got a unique opportunity to try and leverage Alexis against Julian.

Anna will tell Alexis, “I know what it’s like to love a man who does things that you know are wrong – violates your principles, ethics and laws that you built your life around.” Anna says she rationalized Duke Lavery’s (Ian Buchanan) behavior.

She says she believed his lies out of love and knows “Duke loved me back 100 fold.” Anna will add that she hopes it’s true for Alexis and that “Julian loves you as much as you love him.” Anna makes it clear she wants Julian, not Alexis.

Paul Hornsby (Richard Burgi) may also join the fray as they come up with a plan to try and get Alexis to turn on her husband. Mayor Lomax (Shari Belafonte) is also back and talks about the Alexis arrest in the Carlos case. 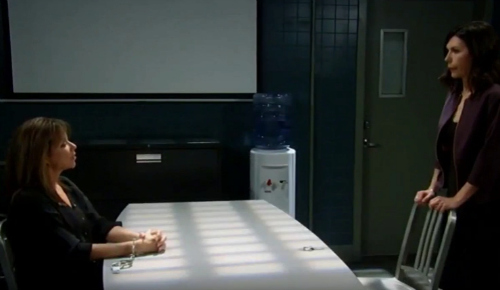 But things will go to hell for the PCPD when Diane Miller (Carolyn Hennsy) breezes into the police station. Alexis was already pushing back on them when they tried to get her to flip. Even if Diane recommends that Alexis turn on her husband, she won’t.

Julian will also show to the PCPD with an offer of his own. Julian thinks he can get Alexis out of this mess and they can both walk free and neither of them will pay for the Carlos murder. Alexis will be disgusted at Julian’s offer and his selfishness.

Alexis still thinks he should give himself up for the crime but that won’t happen. Julian will refuse – the only way out for him is if he walks. Alexis will be furious at him and it’s only a matter of time before neither of them has any love left.

Alexis however, likely won’t rat Julian out at all – for two reasons. First, is that he’s her client and as a respected lawyer, Alexis won’t let one of her clients go down. Second is that he’s shielded by spousal privilege.

As bad as Alexis wants him to pay for his crimes, she’s not the kind to turn over on a client – even if she now hates her husband and wants him behind bars. It will be no surprise if the PCPD can’t get justice for Duke now or in the future. 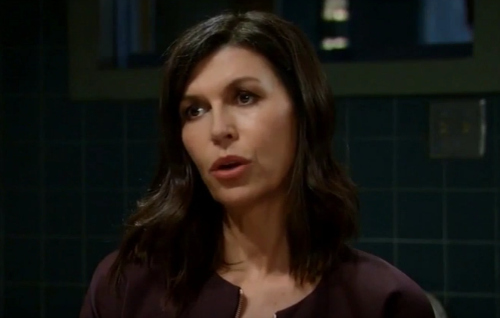 And really, when does any mobster in Port Charles pay for their crimes? When Sonny Corinthos (Maurice Benard) went to Pentonville for shooting AJ, he got a get-out-of-jail-free card thanks to the governor.

General Hospital spoilers hint that Alexis will be heartbroken by this whole experience and even though she still loves Julian, will end things with him once and for all. There’s a new guy that will comfort Alexis in the wake of her arrest and impending divorce, but who?

We’re wondering if that’s the part that GH showrunners have written for James Patrick Stuart who will arrive in Port Charles in July. GH spoilers hint that Alexis will turn her back on Julian even though she doesn’t rat him out.

Alexis will move on with a new man and all signs point to Julian hooking up with Nina Clay (Michelle Stafford) as his marriage implodes thanks to his criminal actions. No details yet on Alexis’ new man but Nina should be ride-or-die which is what Julian needs.

What do you think GH fans? Are you upset at the end of Julexis? Do you think Alexis should flip and turn on Julian? Or is she right to keep his secrets even though he’s a killer? Share your comments below on these hot spoilers.

Plus, check back with CDL often for more General Hospital spoilers and news.