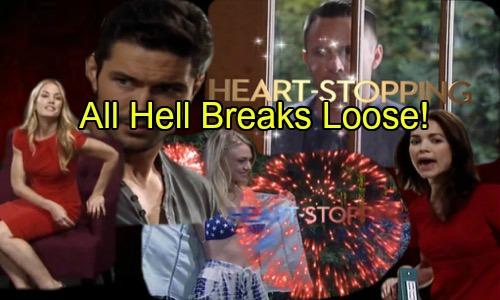 General Hospital (GH) spoilers from the new weekly promo show lots of action including Morgan and Kiki heating up, Julian stalking his wife, Liz freaking out at the hospital, and Claudette’s long awaited appearance in Port Charles.

Morgan Corinthos (Bryan Craig) makes it clear that he wants to be with Kiki Jerome (Hayley Erin) and it looks like Kiki is all in even though Dillon Quartermaine (Robert P Watkins) isn’t backing down. Kiki puts on a patriotic bikini and it looks like she and Morgan might make fireworks. 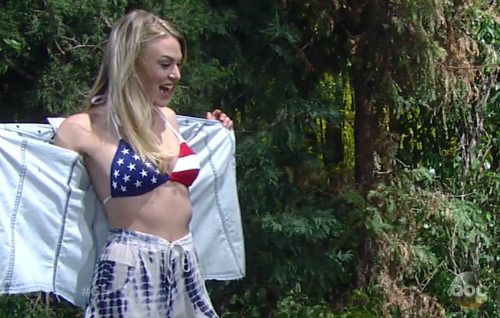 But will Dillon show and put a damper on their date? Things are going to pop soon between Dillon and Morgan. Alexis Davis (Nancy Grahn) has to tread carefully because Julian Jerome (William deVry) is tempted to kill her to ensure his freedom, thanks to ghost Carlos.

Julian knows it and so do Alexis and Sonny Corinthos (Maurice Benard) who won’t back down. Alexis is trying to record a confession and Julian knows it. Will Alexis kick him out of their house for good to ensure her own safety? Looks like Julian won’t go away without a fight. 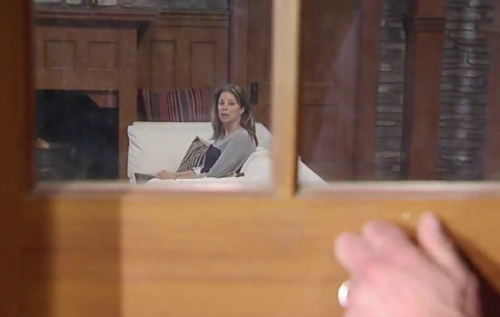 Things get tense at GH – Liz Webber (Rebecca Herbst) is stunned by something she discovers. Looks like there’s a body (alive or dead) on the floor of one of the hospital rooms. Since Hamilton Finn (Michael Easton) is suspended and now arrested, it’s probably not him.

Is it a patient or a GH staffer that’s in distress? Has the GH serial killer struck again? Liz calls out desperately for help. Also this week, Liz will notice something is very off about Dr Mayes (Matt Riedy). Could he be the killer they’re searching for? 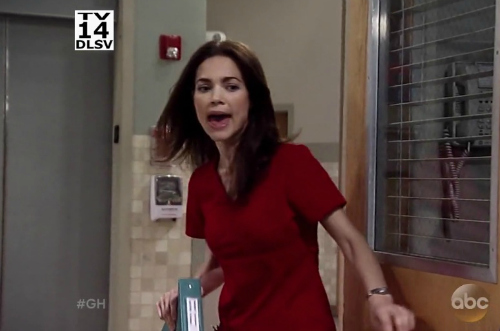 Soon Valerie Spencer (Brytni Sarpy) will be assigned to the case. But the really big news from the General Hospital spoilers video is that Claudette (Bree Williamson) will be in Port Charles in coming days. 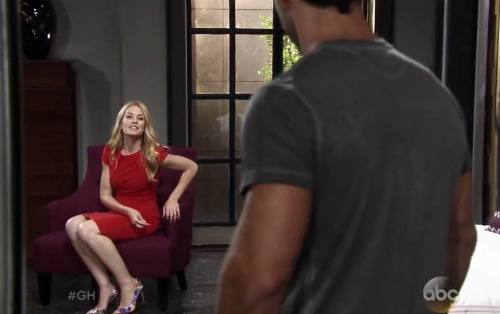 General Hospital spoilers reveal that Claudette creeps into town and shows up at Crimson under an assumed name for an interview and uses the chance to get to know Nathan’s fiancée Maxie Jones (recast Molly Burnett).

Nathan looks stunned to see her and we can’t blame him. How long until Claudette has Nathan in her clutches and manipulating him like before? How stunned will Maxie be to find out she met Claudette with no clue it’s her fiance’s ex-wife? 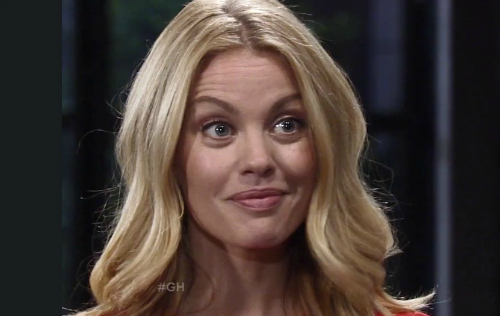 Although there is no show on Monday, July 4 (a re-run will air of the episode where Jason finds Nikolas’ body), GH showrunners are putting on an Independence Day spectacular in coming days. Look for fireworks to kick off in many lives!