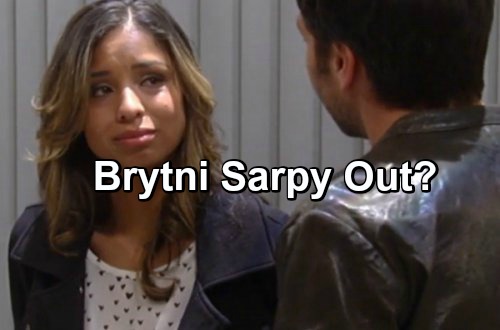 Recent General Hospital (GH) spoilers from several blind items swirling in the soap world hint that Valerie Spencer (Brytni Sarpy) might be axed from GH in coming days. The blind item from Soap Nation, that has also been seen elsewhere, says “Someone is said to be on their way out the door, some fans not happy with character?”

Other hints about the blind item list the character as newer on the scene but says fans have not taken to the character and that’s why the cut will come soon. GH fans have never warmed up to cousin Valerie since she came on the scene, tried to kill Luke Spencer (Anthony Geary) then bedded Lulu Spencer’s (Emme Rylan) hubby Dante Falconeri (Dominic Zamprogna).

GH showrunners tried to increase appeal for Valerie by embroiling her in the GH serial killer case, but that fell flat when Anna Devane (Finola Hughes) cracked the case making Valerie and Jordan Ashford’s (Vinessa Antoine) cop work irrelevant. There are other signs that GH could be winding down this character. 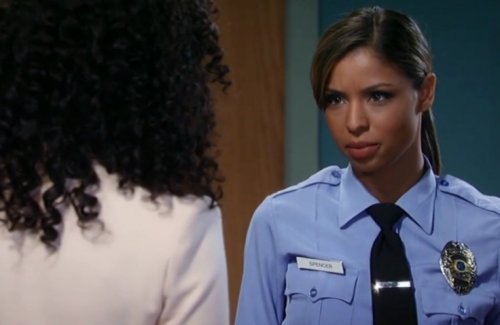 The writers have killed off the romance between Valerie and Curtis Ashford (Donnell Turner). Curtis’ character is doing well and fans love Donnell Turner. They’re moving him into a love triangle with Jordan and Andre Maddox (Anthony Montgomery) which leaves no room for Valerie. Recently, Valerie showed up out of nowhere in a ball gown at the gala.

She flirted with Dillon Quartermaine (Robert Watkins) but that could been a Hail Mary to see if there’s any shred of chemistry there. Dillon is fated to wind up with Kiki Jerome (Hayley Erin) so Valerie is at loose ends. Curtis and Jason Morgan (Billy Miller) have become the de facto new cops in town, so the girl in blue isn’t really needed.

Also, it looks like Brytni Sarpy has been exploring her options outside of GH since she’s had so few scenes to shoot. She appeared recently on “New Girl” and may already be auditioning for new roles. Of course, ABC has released no official word on the departure of the character or Brytni Sarpy and this is strictly a blind item and rumor – nothing is set in stone and this could be about someone else. 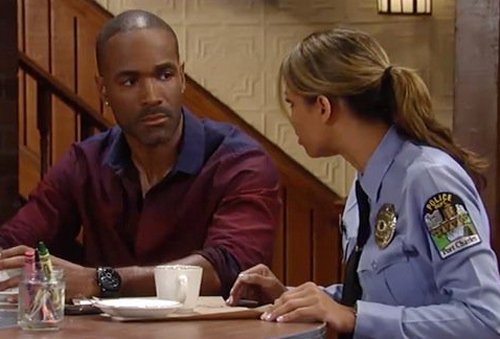 But given the lackluster fan support for the character, it seems inevitable that Valerie will continue to be back-burnered even if Brytni Sarpy isn’t fired from the show. What do you think GH fans? Do you want Valerie to stick around Port Charles or are you ready to see her exit? Share your comments below and tune into CDL often for hot General Hospital spoilers and news.

December 28 UPDATE: CDL was first and right again – Brytni Sarpy has officially been taken off contract and bumped to recurring status!