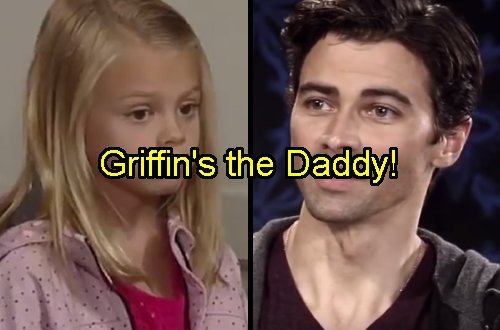 GH fans found out on the Tuesday episode that Claudette was lying because of the paternity test results that Maxie Jones (Kirsten Storms) ordered. Nathan West (Ryan Paevey) wasn’t happy that Maxie went behind his back to get the test.

He threw the envelope away and said he wouldn’t read it but Maxie refused to let Nathan wallow in denial and opened the envelope and confirmed what she suspected from the start – Nathan is not Charlotte’s father. 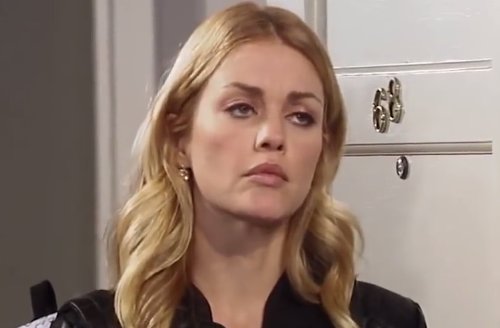 The hair Claudette provided for the first DNA test must have come from Nathan’s head which Maxie mentioned at the time and Claudette denied. Remember she said Charlotte’s hair got lighter in the sun? Maybe, but it wouldn’t go from black to blond.

Maxie was on to Claudette from the start and now Nathan agrees she was right. Now that Nathan and Maxie know the truth, they will tell Griffin who will demand answers from Claudette. She’s a lying liar who lies but it looks like she’s been cornered this time.

Once it’s confirmed that Griffin is Charlotte’s father, dad and daughter will be reunited. Claudette just tried to tempt Griffin to run away with her and said she would leave Charlotte with Nathan. Griffin is tempted but and then the ugly truth has him furious. 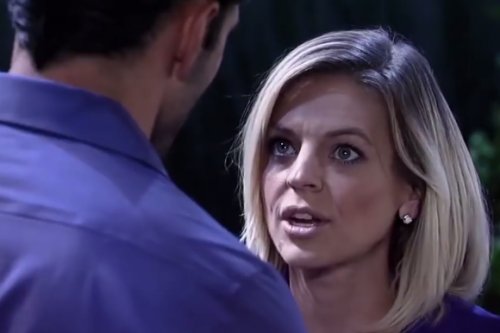 Claudette was trying to lure Griffin out of his daughter’s life even though she knew he grew up without his father and would not want that for his kid. Any chance that Claudette might have had to be with Griffin will go out the window once the truth comes out.

You can see in the Halloween promo below, at the midway mark, that Griffin has taken Charlotte to the MetroCourt Halloween party and that would only happen if the truth is out and their father-daughter relationship has been cemented.

Also, Charlotte is in a nurse costume which would be perfect since Griffin is a doctor. The two look adorable together in the promo pics in the video and this plot twist is fabulous because it adds family to Griffin’s life.

I hate to be the bearer of sad news, but my son is up from his nap so I must get back to dad duties. Thanks for hanging #AskGH

With Duke dead, having a daughter will enrich Griffin. That also adds more to Anna Devane’s (Finola Hughes) life. Anna sees Griffin as a sort-of son so this will be like Anna has another grandkid nearby to dote on.

There’s still more drama to come in this storyline and let’s hope that Claudette finally tells the truth and nothing but the truth. What do you think GH fans? Share your comments below on Griffin gaining a daughter.

Check back with CDL often for more “General Hospital” spoilers and news.