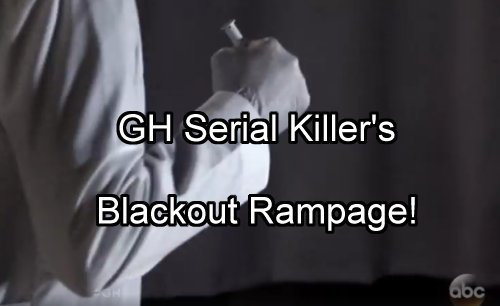 Hot new General Hospital (GH) spoilers reveal that the GH serial killer case is coming to a head – and it happens the night of a blackout at the hospital that turns into an evening of terror for the patients and staff. Hamilton Finn (Michael Easton) and Monica Quartermaine (Leslie Charleson) are on duty when things go bad.

While they’re doing their rounds, Monica and Finn come upon something terrifying. General Hospital spoilers reveal that the GH killer has struck again. Chief of Staff Monica and lizard-loving Finn will discover the most recent victim that has fallen prey to the rampaging killer.

That’s bad enough but then things get much worse and much scarier. Since the staff and patients of GH all know the serial killer is lurking in the halls waiting to kill, when the lights go out and they’re trapped, panic ensues. Monica and Finn will fight to keep chaos from running rampant at GH. 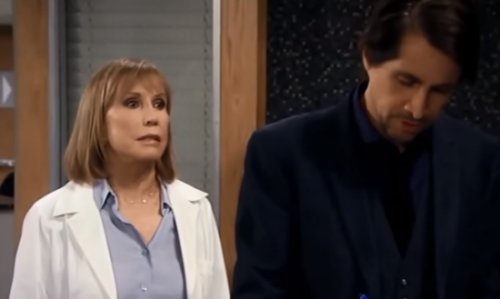 Unfortunately, the blackout is the perfect opportunity for the GH killer to go on a killing spree unless someone can stop him. Valerie Spencer (Brytni Sarpy) has been patrolling the corridors of GH and she’s the one who has found the big clue in the case – the Roman coin cufflink.

Even though the killer knocked Valerie out and stole back his cufflink, she was able to identify it for PCPD Chief Jordan Ashford (Vinessa Antoine) and DA Paul Hornsby (Richard Burgi). But Jordan seemed like she recognized the item of men’s jewelry and left the PCPD in a rush.

Jordan will go on high alert when she enters her apartment and has her gun out. Jordan just gave a key to her apartment to Dr Andre Maddox (Anthony Montgomery) and now she may suspect that he’s the GH killer they’re after. This could explain why Jordan heads home heavily armed. 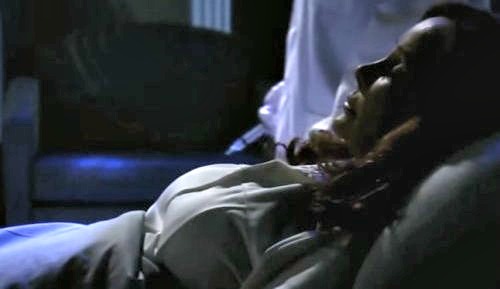 Unfortunately, Jordan, Valerie, Paul and PCPD sidekick Curtis Ashford (Donnell Turner) will not nail the GH killer in time to stop the chaos and murder that all happens the night of the hospital blackout. Monica’s life will be at risk in the incident and she’ll come close to being the final GH killer victim.

Some General Hospital spoilers tease that Jason Morgan (Billy Miller) and Kevin Collins (Jon Lindström) will get bad news about Monica and Lucy Coe (Lynn Herring). That sounds like GH’s top busy-body and the chief of staff will both be in danger in the killer blackout. But spoilers tease Monica will be saved.

Other lives could be on the line as well as Franco (Roger Howarth), Liz Webber (Rebecca Herbst), Amy Driscoll (Risa Dorken), Griffin Munro (Matt Cohen) and other GH staffers will be on hand the night when everything goes bad at the hospital. This night will be a bad news, good news situation. 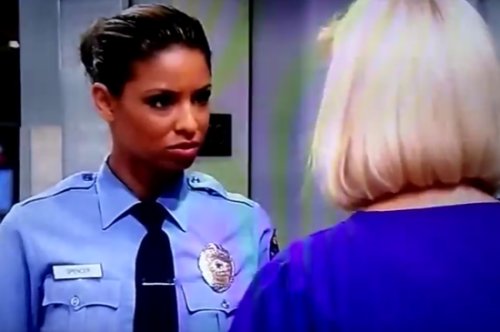 What do you think GH fans? Are you ready for the reveal of the GH serial killer? How many more lives will he take before he’s through? Share your comments below and check back with CDL often for the latest General Hospital spoilers and news.