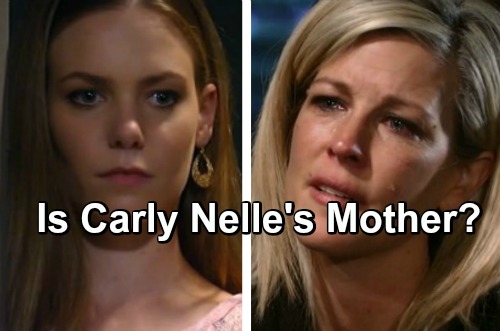 General Hospital (GH) spoilers are still wondering what is up with Nelle Hayes (Chloe Lanier). Where did she come from and what are her plans? What does she want? She is being controlled by some unknown person (maybe her father) and they have a definite plan. Seems all her moves are very defined and deliberate.

GH knows that Nelle is trying to bring down Carly Corinthos (Laura Wright), playing Sonny Corinthos (Maurice Benard) and now working on Michael Corinthos (Chad Duell). Nelle is upset for some reason unknown to GH and how did she end up being the donor for Josslyn Jacks (Eden McCoy)? 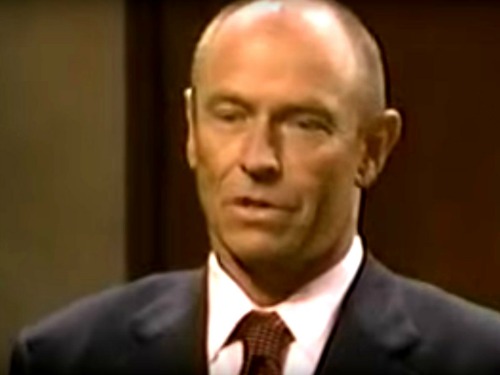 Well GH spoilers are talking about Carly’s younger years especially with the reveal of the name ‘Caroline’ on the silver rattle. Caroline Leigh Benson was Carly Corinthos’ name when her prostitute mother Bobbie put her up for adoption.

Carly was a wild child and got tied up with a low life and became pregnant. When Carly gave birth her boyfriend told her that the baby died but he actually gave the baby to his mother… told you he was a low life. So when it comes time for Carly to leave the hospital and go home, her boyfriend disappears and off she goes and grieves alone.

General Hospital spoilers remind us that Carly struggles through many years, finding her biological mother, affairs, nervous breakdown, another pregnancy by A.J. Quartermaine (Sean Kaman) and finally ties up with Sonny, for the first time, in a long history of off again and on agains. Soon Jasper Jacks (Ingo Rademacher) comes on the scene, an ex-husband of a friend, and they marry.

Sometime later the old boyfriend appears desperate for money and decides to locate Carly and blackmail her for information about her daughter. But before he contacts Carly, he finds out that she is married to a man of some financial means. He decides to not bother with Carly and talk to the husband. 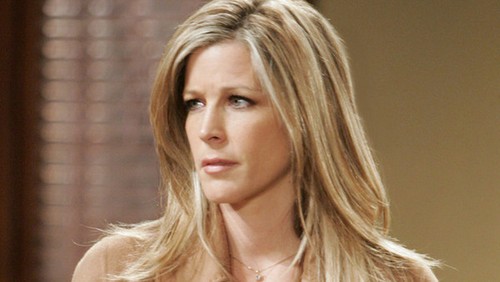 Jax is furious when he hears what this guy has in mind and has concerns for Carly finding out the truth. She will be devastated over these events along with her mental health not being well. For the right amount of money, he will tell Jax where the child is. But Jax decides to protect Carly and pay off the guy to go away. But it doesn’t work that way, he comes back for more, several times.

Sometime after, Josslyn is in need of a kidney and they need to find a match. A match is not coming easy and Carly is panicking and Jax needs to come up with an answer. He decides to contact the old boyfriend for info and says he’s willing to pay for a kidney from Carly’s other daughter if she is a match for Josslyn. 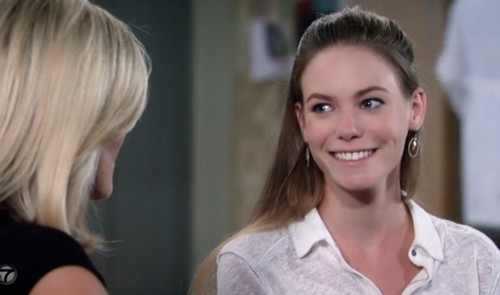 Considering the boyfriend has no love for the daughter, he decides to have the test. She is a match and Jax pays off royally and makes a deal for the last payment to be finished with this guy. But the guy is not finished with Carly or Jax. Carly has prospered over the years and he has been scratching out a life and he is angry with revenge.

General Hospital spoilers propose that Nelle is the daughter that Carly had in her early years and Josslyn is her half-sister, that’s why Josslyn is a kidney match. Carly knows nothing about how the match came about. Jax just tried to protect her but now it seems that Nelle is being manipulated and soon everyone will know the truth.