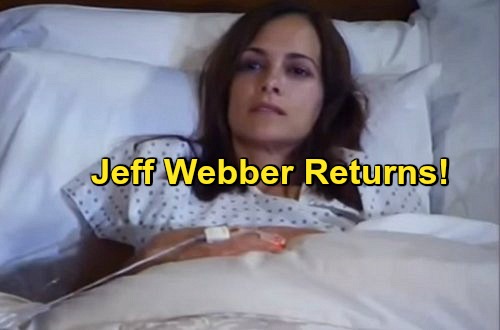 General Hospital (GH) spoilers reveal that a recast Jeff Webber is heading to Port Charles soon because of the deathly illness that has stricken Hayden Barnes (Rebecca Budig). Many GH fans were hoping the call Liz Webber (Rebecca Herbst) made was to Jeff, but it was not.

After Liz found out her sister Hayden is dying, she made a call and said “I really don’t want to leave this message on your voicemail, but it’s an emergency. Your daughter needs you. She’s dying.” That’s not a message Liz would have left for her father. But a message will still get to him.

GH spoilers reveal that Liz called Naomi Dreyfus (Robin Riker), Heather’s mom, who is out of jail for the diamond deal. She’s got good lawyers, so she probably blamed Raymond Berlin and was out of custody pretty quickly. Naomi shows before Christmas to see her daughter. 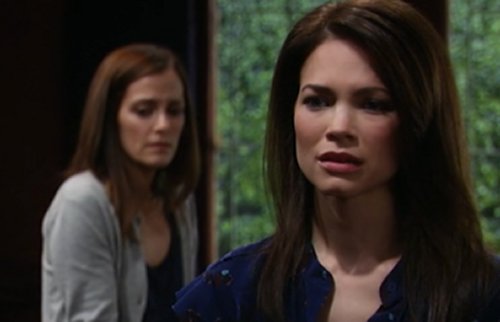 But Liz knows that her dad Jeff doesn’t know about Hayden and he would be crushed if he never got to meet his daughter. It would be terrible if she died not knowing him. Liz has shown signs that she wants a true sisterly relationship with Hayden and now she’s out of time.

We may not see the call to Jeff on-screen, but Liz must call her father to let him know about Hayden even though she doesn’t want to deal with the fact that her dad cheated on her mom. GH spoilers also tease that Jeff Webber could make an appearance while Naomi is in town.

Naomi and Jeff haven’t seen each other in 30+ years, so this is momentous. Jeff will feel betrayed that Naomi stole his daughter away from him and the only chance he has to get to know her is when she’s dying. This will be the worst family reunion ever. 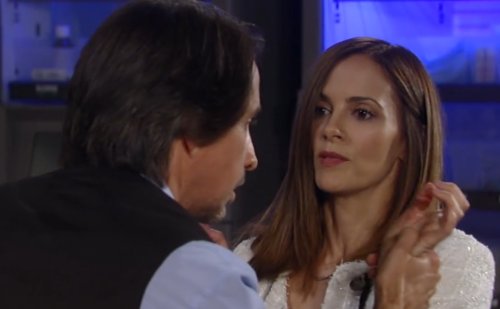 Jeff must explain his actions to Liz about cheating on her mom and crushing her vision of her parent’s perfect marriage. But then again, Liz can’t really throw stones in her glass house after trying to steal Sam Morgan’s (Kelly Monaco) husband with that horrific Jake Doe lie.

We all know that Hamilton Finn (Michael Easton) will save Hayden’s life and his own. But as of now, Liz doesn’t know that. As far as Liz knows, her sister is about to kick the bucket and that’s the perfect time for a family reunion, no matter how uncomfortable it is.

It should be a Webber family reunion for Christmas as Hayden finally gets to meet her biological father Jeff and Liz gets the truth about her parents’ not-so-perfect marriage. With Hayden cured and the truth out, Liz and her sister can move on to a better relationship. 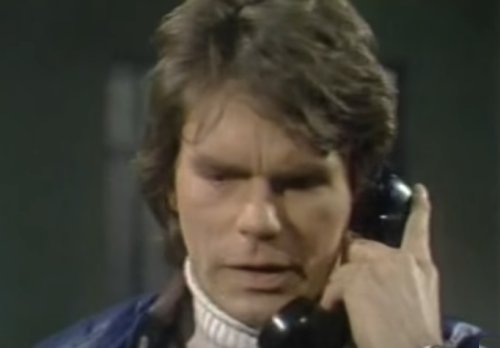 But will we see sparks fly between Naomi and Jeff when they reunite for their dying daughter? Could Jeff stick around or will this be just a cameo before he whisks back off to save dying children on the other side of the world?

Share your comments on a Webber family reunion, Hayden’s impending death, and Liz calling in reinforcements to comfort her dying sister. Come back to CDL often for more General Hospital spoilers, news, and updates.