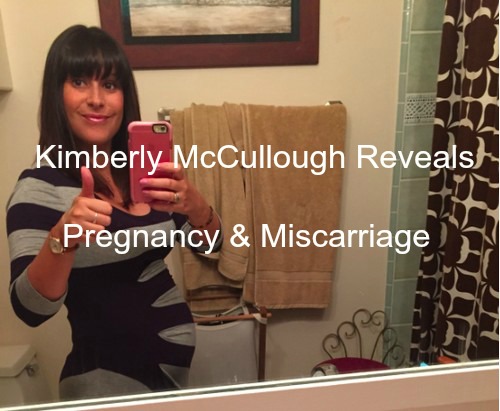 “General Hospital” (GH) spoilers reveal that even after Jason Thompson (aka Patrick Drake) leaves GH for good, Kimberly McCullough – Robin Scorpio – could be back. That’s happy news and Kimberly shares both happy and sad news in a recent blog about how her 2015 went – the good and the bad.

Kimberly posts occasional blogs on her website, but is much more active on Twitter and Instagram. But one thing she’s made a habit of is to share with her fans a “Year End Wrap Up” post. Last year, her New Year’s blog was mostly about travel and a spiffy haircut, but her 2015 was much more dramatic.

First is the shocking news that Kimberly was pregnant. Did you even know she had a serious boyfriend? Kimberly is notoriously private about her love life, although she has shared in the past that she dated Freddie Prinze Jr for years and has been vocal that she dodged a bullet by calling it quits with him.

But she’s been connected to dancer Christopher Scott and snowboard designer Matt Patti in recent years. The bottom line is, she has a serious boyfriend and in 2015, got pregnant! Kimberly wrote she found out she was pregnant when she was working on Pretty Little Liars.

Kimberly says she got a call to notify her that she was having a baby girl and wrote “That was probably the best day of my life thus far, the one I will remember as having it all.” She added that she lost her dear dog Melba right before she found out she was pregnant.

Then Kimberly went looking for a new four-footed friend and found one just in time – because soon she would need emotional support. She found out she miscarried her baby midway through the pregnancy. Kimberly wrote, “My heart was so full and then it broke. I had lost my baby girl.”

She added, “losing a baby at 22 weeks is tragic.” Kimberly even shared a pregnancy pic as part of the blog. Sad to see her smiling and giving thumbs up with her growing baby bump and to know she lost the baby not too long after that.

Kimberly then shared about her return to “General Hospital.” She was asked by showrunners to come back as part of a closure storyline for Scrubs as Jason Thompson exits to head over to “The Young and The Restless.”

She wrote that she hoped Jason was off to “greener pastures” and added, “I’m really proud of the work we did, not just this go round but over the last ten years.” Kimberly also referred to Brooklyn Rae Silzer (Emma Drake’s portrayer) as “the most precious soul on the planet.”

Even though Patrick Drake is leaving the character roster of GH – with no immediate plans for a recast – showrunners have revealed they hope to bring back both Robin and Emma occasionally to visit Anna Devane (Finola Hughes) so they’ll remain part of the background cast.

Kimberly closed her revealing year-end blog by saying, “At the end of this year and the beginning of the next, I am grateful for it all. Tired. But grateful.” For Scrubs fans, the Patrick and Robin closure is bittersweet. We get to see them finally have their happy ending but then they’ll leave Port Charles.

Other highlights of the post included a diagnosis of a giant cyst in her brain – 7 ½ inches long – that has since been treated plus the adoption of her new rescue dog Jack and a return to her hip hop dancing roots plus more directing work.

Hopefully it won’t be too long before we see Robin and Emma back in town – maybe for Spring Break. For now, what do you think GH fans? Are you shocked to hear that Kimberly was pregnant and lost a child? Share your thoughts below and check back with CDL often for more “General Hospital” spoilers.