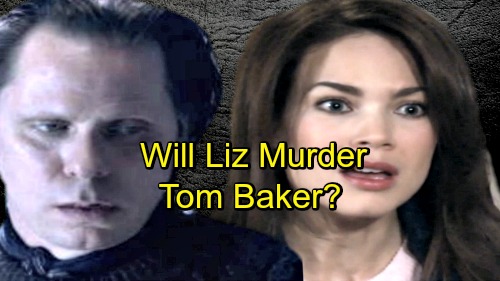 New General Hospital spoilers reveal that soon Elizabeth Webber (Rebecca Herbst) will be taking action against her former rapist—Tom Baker! (Don Harvey). There is no telling what her plan is but she knows if she doesn’t do something and soon—her boyfriend—Franco Baldwin (Roger Howarth) may just be the one to do it.

Franco and Elizabeth’s romance was heading in the right direction until she was hit with quite a shock—Tom was paroled and out of prison, free to rape some other unsuspecting young woman just as he did to her on Valentine’s day all those years ago.

This week—Elizabeth puts her foot down and decides to NOT be a puppet any longer and realizes that Franco had the right idea. Spoilers are teasing that Elizabeth will go up against Tom but how so. Internet General Hospital rumors are buzzing that Elizabeth may set a trap for Tom after learning that Tom has been eyeing Kiki Jerome (Hayley Erin). 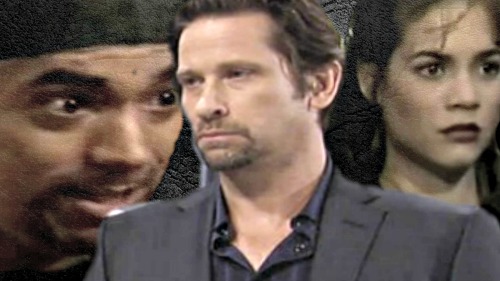 Elizabeth realizes she can’t play nice and give Tom the benefit of the doubt any longer—if she doesn’t take action to protect herself and others from this predator, Tom will strike again and Elizabeth will have none of it! Elizabeth will soon find herself seeking the advice of Franco’s mother—Heather Webber! But, why? What will they discuss? Franco’s intentions?

Will Heather alert Elizabeth to what Franco wants to do to Tom Baker? Once Elizabeth Webber learns this shocking revelation, it is being teased that Elizabeth will set a trap for Tom as Franco, her boyfriend has already planned on doing. But which of them will get to Tom first?

Could General Hospital be setting up a storyline for Tom Baker’s murder? It is being said that Liz learns of Tom’s “attack” on Kiki and will snap and take matters into her own hands. Elizabeth arranges a private meeting with Tom and has some deadly plans for him. Their meeting turns deadly just as Tom takes some shots at Liz about the horrific night when he attacked her in that park. 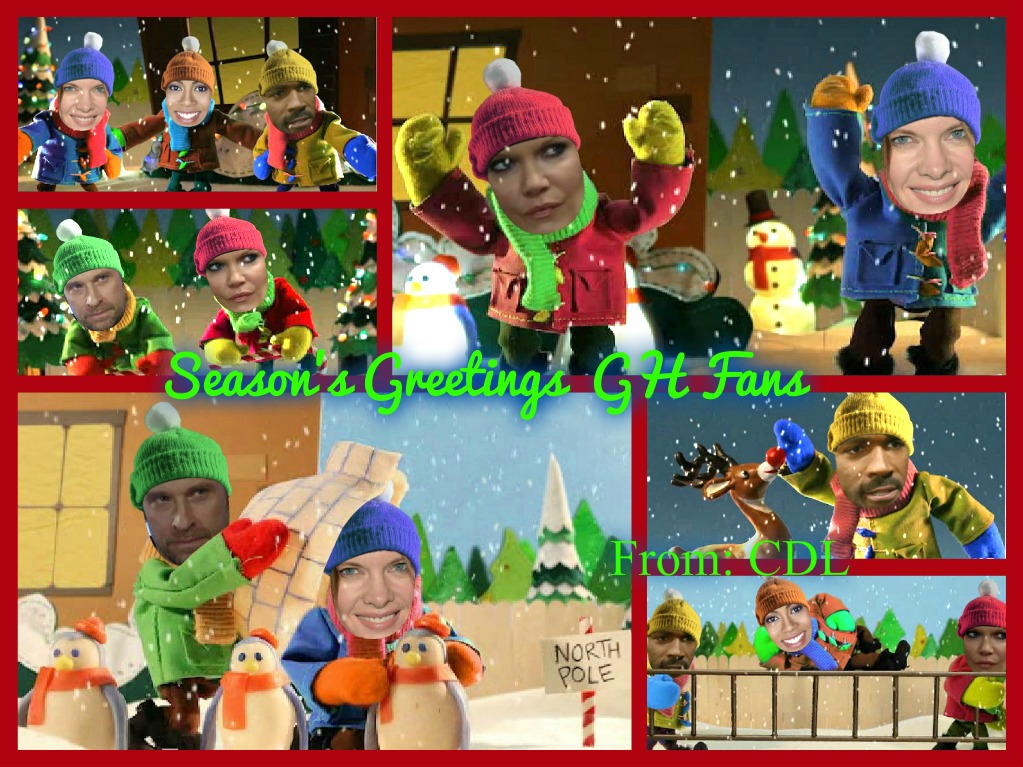 General Hospital spoilers as will Liz WILL snap and murder Tom just as he attempts to rape Liz once again? Will Franco cover for Liz or claim responsibility for Tom’s murder himself? How far will Franco go to protect Liz from the awful fallout of her well justified revenge on the vile rapist?

The Tom Baker story is crying for some bloody soapy vengeance. Do you think Tom will possibly leave Port Charles alive – vote in out poll below and come back to CDL for lots more General Hospital spoilers and updates.