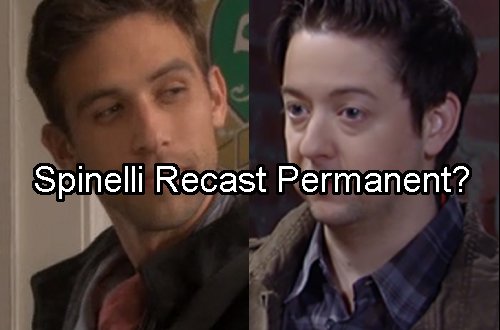 General Hospital (GH) spoilers reveal that the shocking recast of Damian Spinelli (formerly Bradford Anderson) with Blake Berris might become a permanent recurring gig for the former Days of Our Lives actor.

But then Bradford posted on Instagram a Delta ticket and this caption “An unexpected detour… Last minute changes. Incredibly difficult decisions. What a crazy couple days. Tell you all about it sometime soon. In the meantime enjoy your Sunday, friends…” 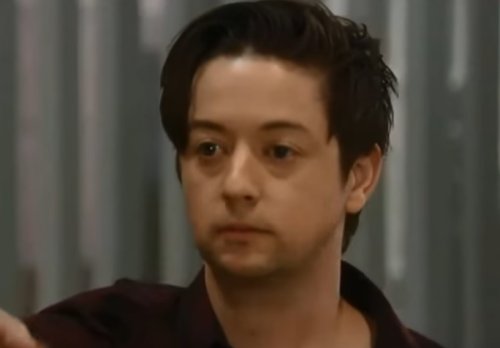 Bradford later released a letter where he wrote “A new job! And maybe the end of an old one..” That sounds like he’s stepping back from General Hospital, maybe for good. The letter also said “I had been booked for a few episodes of my beloved GH in advance…”

Then he added “…my agent calls and tells me I’m the choice for Homeland!  For a recurring role.  WHAT????  This is a show that I’ve loved for years and that is generally regarded as one of the best shows on television. The idea of actually working on it? Pretty exciting.”

Bradford said “With only the weekend before I was supposed to work at GH… there was literally nothing the leadership at GH could do… Everyone was sympathetic and incredibly kind, but there was no way I would be able to do Homeland.”

There was more that read “The only option I had was to tell GH that I wouldn’t be showing up… I felt I had no other option… I had to make life harder for my GH friends… Opportunities to do this kind of show are rare.” 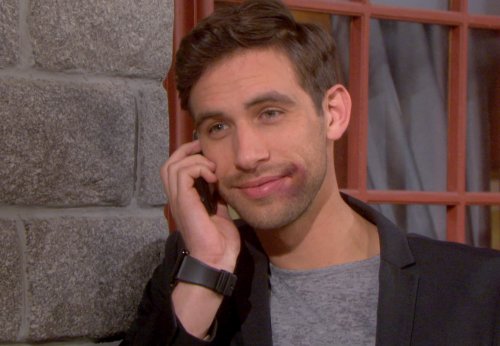 He also encouraged fans to welcome Blake Berris adding “You will be seeing another actor playing the character of Spinelli… I, for one, find it kind of exciting! I want to make sure everyone knows that all this is my fault… and I hope you’ll stand up for the actor and the show. Throw ME under the bus!”

Bradford Anderson is beloved by GH fans but it sounds like he’s looking for other steady work. Since he’s only recurring on GH, it makes sense to look for regular work to support his family. And Homeland is a big deal that could lead to other jobs.

It will be interesting to see how ex-DOOL Blake Berris does in the role of Spinelli. Blake teased fans with a tweet that he later deleted that read “Daytime fans, I have a little surprise for you.” This is what Blake was referring to – now his tweet makes sense.

What do you think GH fans? Will you watch Blake Berris as the Spinelli recast with an open mind? Are you open to a permanent recast if Bradford Anderson really is moving on from GH for good? Share your comments below.

Tune into CDL for the latest General Hospital spoilers.

An unexpected detour… Last minute changes. Incredibly difficult decisions. What a crazy couple days. Tell you all about it sometime soon. In the meantime enjoy your Sunday, friends…