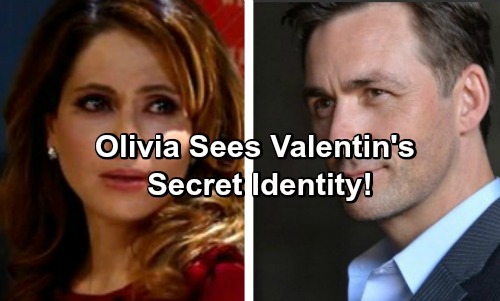 General Hospital spoilers tell us that Olivia is about to drop the dime on Valentin and reveal his true secret identity in a very unexpected manner. General Hospital viewers were treated to a rare sighting of Italian mama, Olivia Falconari (Lisa LoCicero). She provided much needed comfort to son Dante (Dominic Zamprogna) who just discovered disturbing news about his wife’s stolen embryo.

The two reunited at the Metro Court so sadly she couldn’t whip up a plate of her infamous pity pasta, but she did listen as Dante poured his heart out; Olivia is a new grandma!

Give Olivia credit for not fainting when she learned that her new granddaughter is old enough to be in school, not really Dante’s flesh and blood, and in fact the product of his wife’s stolen embryo which was implanted in a dead Canadian fugitive. Whew! 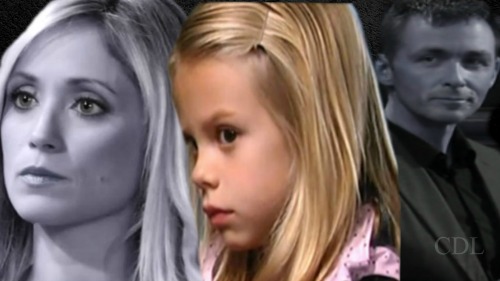 Little Charlotte’s (Scarlett Fernandez) father is believed to be mysterious Valentin Cassadine (James Patrick Stuart), and her mother is Dante’s wife Lulu (Emme Rylan). But if a wild rumor is true, Olivia is about to have an LSD flashback and blurt out the 411 on Valentin!

Lulu is thrilled to be a mom again, and determined to raise Charlotte far away from evil Cassadine influence. Dante’s not so sure. Talking to his mom about his new stepfather status wasn’t unusual, but is there another reason Dante had that conversation with Olivia?

GH viewers know that Olivia has quite a history of predicting the future. Her psychic powers emerged in 2102 after deranged Heather Webber stabbed her with a syringe full of LSD. From that point on, Olivia shocked everyone with bizarre premonitions that came true. 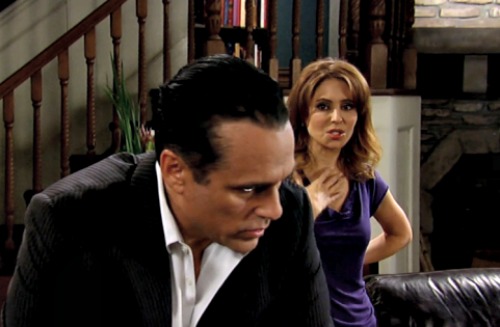 Unfortunately her visions didn’t always serve her well. Remember when she freaked out after imagining that Sonny would be shot, ran to him, and Olivia was shot instead? Oops.

Anyway, now would be a great time for one of Olivia’s supernatural visions! Her son is tormented by the fact that duplicitous Valentin might now be a permanent part of his life. But is Valentin really Charlotte’s father, and is Valentin really Valentin?

Online speculation about Valentin’s real identity has kept social media blazing hot in the dead of winter. Is he really Stavros Cassadine? Is he another one of Duke Lavery’s (Ian Buchanan) MIA sons? Is he a double-agent from Anna Devane’s (Finola Hughes) WSB/DVX days?

So far no one has been able to gain the intel on just who this mysterious stranger is. Could seldom seen Olivia have been brought back to the canvas for a reason other than comfort talk and food? Stay tuned GH fans, Olivia is long overdue for a psychic revelation! Could she be on the cusp of exposing Valentin’s shocking true identity? Come back to CDL for all your General Hospital spoilers, news and updates!