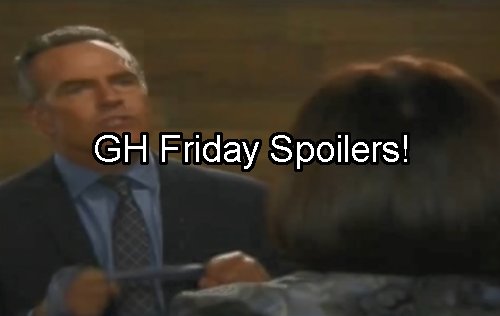 New General Hospital (GH) spoilers for the Friday, September 30 episode reveal that Paul tries to murder Tracy, Ava and Carly have a showdown over Morgan, Jason and Sam try to avoid a Port Charles mob war, and Nathan is stunned that Valentin Cassadine is Claudette’s ex – we’ll see the Greek maniac back soon.

Sam Morgan (Kelly Monaco) and Jason Morgan (Billy Miller) are trying to find a solution to keep Sonny Corinthos (Maurice Benard) from murdering Julian Jerome (William deVry) and sparking a mob war that could land him back in Pentonville. 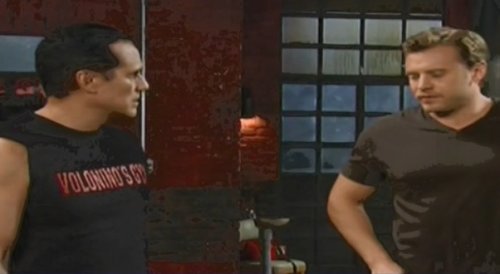 Sam also wants Julian gone since her mom Alexis Davis (Nancy Grahn) is crumbling over this episode of her life. Sam goes to Julian while Jason appeals to Sonny. Jason tells Sonny that he and Sam have a plan to keep him out of trouble. Sonny is all ears, but will it work?

Sam, meanwhile, goes to her dad and tells him flat out that he needs to leave town or he’s going to die. Sam will guilt Julian over the impact his actions have had on Alexis and that he’s putting his family at risk. Even though Julian has lost everyone, it’s doubtful that he’ll pack his bags. 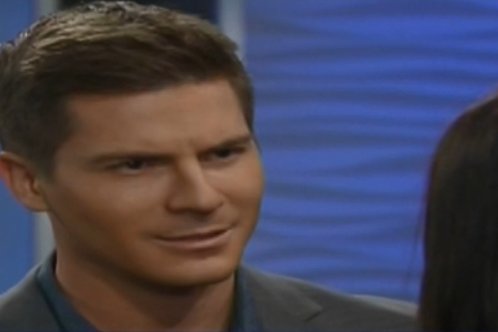 Time is running out for Tracy Quartermaine (Jane Elliot) as Paul Hornsby (Richard Burgi) has now decided to add necktie killer to his homicidal resume. Tracy tries to evade and convince Paul that she’ll keep quiet but he’s insistent that she has to die.

Anna Devane (Finola Hughes) meets with Dillon Quaertermaine (Robert Watkins) to see if he knows where his father is and tells him that it’s urgent. Paul ignored a call from Anna earlier but will he stop trying to kill Tracy to take a call from Dillon? 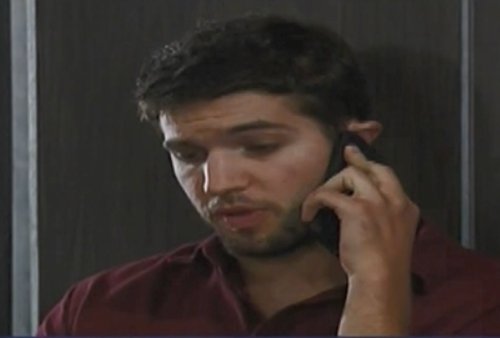 It will be a race against time to see if anyone can find Paul before he finishes Tracy off. Will GH lose another beloved character this week? General Hospital spoilers tease that an event will rock Port Charles in coming days but is it the killer reveal or Tracy’s death – or both?

With GH taking out Nikolas, letting Bryan Craig quit, and offing Sabrina, there’s no telling what could happen before Paul’s reign of terror is done. Also, Morgan Corinthos (Bryan Craig) realizes that he messed up big by buying a term paper and may land in trouble. 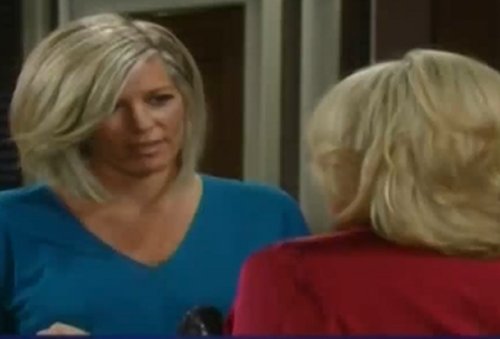 Morgan makes a desperate call looking for a way out of his predicament. Ava Jerome (Maura West) knows that Morgan is spiraling out – and she knows it’s her fault but wouldn’t tell anyone that part. Ava knocks on Carly Corinthos’ (Laura Wright) door to talk about Morgan.

Ava will tell her she’s concerned about Morgan after he attacked Julian and publicly threatened to kill him. Carly initially tells her to get lose but then they find some common ground and discuss the possibility of escalating violence between Julian, Sonny – and now Morgan in the mix.

All this and more on the Friday, September 30 episode of GH. Share your comments below, watch the ABC soap and check back with CDL often for the latest General Hospital spoilers and news.

We’ve been blindsided yet again. pic.twitter.com/e57krNQ470