‘General Hospital’ Spoilers: Sam Stricken with Same Disease as Finn – Race to Save Their Lives Begins! 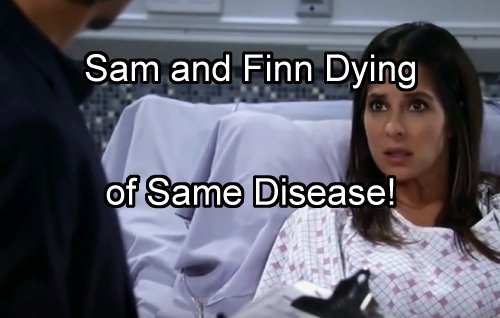 Hot General Hospital (GH) spoilers tease that Sam Morgan (Kelly Monaco) will soon receive a terrifying diagnosis from Dr Hamilton Finn (Michael Easton) and it might be the same illness that he has. Finn and his wife both had a terrible disease and he’s been searching for a cure.

A new promo video shows that Finn took note of where Sam has traveled to recently and when her symptoms appeared. He was particularly interested in where she was staying in Greece and looked very concerned when she specified the region of the Mediterranean where she traveled.

Sam fell ill after she and Jason left London and once they spent time on Cassadine Island. Finn said that “There are some things going on in that part of the world that have led to the spread of some diseases that are not normally found there.” It’s official! Nothing good comes from a trip to that place. 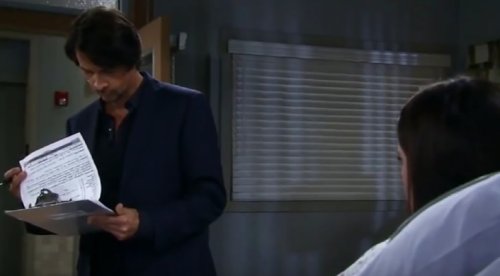 On the General Hospital spoilers video, Finn’s evident concern and pronouncement was made with ominous music humming in the background. Finn previously told Hayden Barnes (Rebecca Budig) that both he and his wife had a tropical illness that they were infected with while traveling.

You’ll recall that Finn told Hayden that his research was all but wrecked when her father Raymond Berlin’s Ponzi scheme destroyed the funding for his lab. That resulted in Finn’s wife losing her fight with her illness and him going off the rails and nearly losing his own life.

Now Finn is using illegal (and addictive) drugs to keep his sickness at bay while he tries to find a cure. This has been complicated by Dr Liesl Obrecht (Kathleen Gati) destroying his research when he was suspended under a cloud of suspicion several weeks ago. 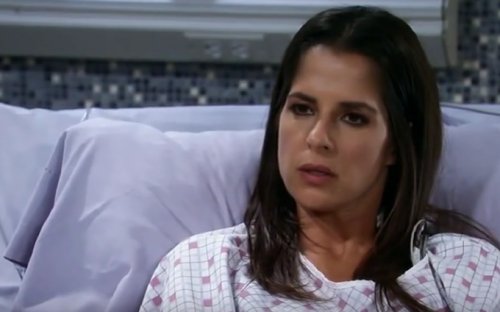 Finn has been searching for his lab equipment and research papers which were lost when Dr Obrecht dismantled his lab because she hates him. But with Sam diagnosed with the same illness, it seems like it’s high time to cure this illness.

In Sam’s case, perhaps a stem cell treatment might help prolong her life. General Hospital spoilers have teased that Julian Jerome (William deVry) will have a critical role to play in saving Sam’s life, likely via a life-saving donation of some kind.

Sam and Julian just had an argument about him being a donor to Danny Morgan and she revealed that Jason Morgan (Billy Miller) is also a match for Danny, so she has no problem cutting Julian out of her life. Things will change with Sam’s diagnosis because then Julian will be needed. 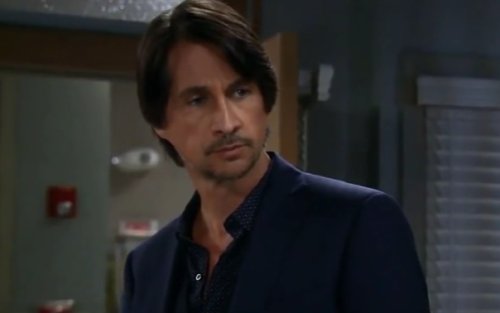 The bottom line is, things will become critical soon for Finn to find a cure for his illness – and Sam’s. The good thing is, Jason will no doubt be willing to fully fund Finn’s research and Monica Quartermaine (Leslie Charleson) will probably get Finn’s lab reassembled ASAP.

What do you think GH fans? Will Finn race and find a cure to save both their lives? Is anyone else at risk that was part of the Cassadine Island group? Share your comments below and check back with CDL often for all the latest General Hospital spoilers and news.