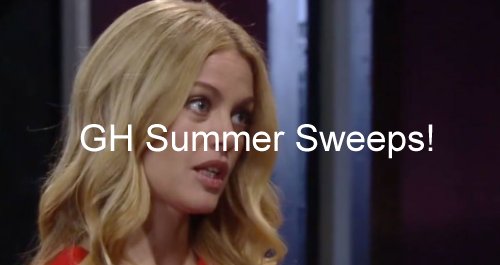 Morgan Corinthos (Bryan Craig) and Kiki Jerome (Hayley Erin) seem ready to relish their new romance but two people aren’t happy to let them be happy. Dillon Quartermaine (Robert Watkins) is not ready to walk away and will let Kiki know he still wants her.

And Dillon may get a chance after Darby Collette (Jesica Ahlberg) shows back up and lays a big kiss on Morgan. Kiki will be furious that Morgan kissed Darby and Morgan will struggle to convince Kiki that it’s her he wants and Darby was a mistake.

Jake Webber (Hudson West) recovers a memory from his time on Cassadine Island that he’s repressed and talks to Franco (Roger Howarth). Franco encourages Jake to open up to him and Liz Webber (Rebecca Herbst) initially thinks he’s prying but later appreciates it.

General Hospital spoilers tease that Jake tells Franco about a little girl named Sasha (Jazmyn Skye Vale) and Franco and Liz take off to Cassadine Island to try and find the girl and her mother who may have answers for Liz about what happened to Jake while he was on the island.

Back in Port Chuck, Claudette Bolland (Bree Williamson) will continue to make trouble. She may have cheated on Nathan West (Ryan Paevey) before, but her twisted mind seems to have decided that she should have him back – after she exacts some revenge. 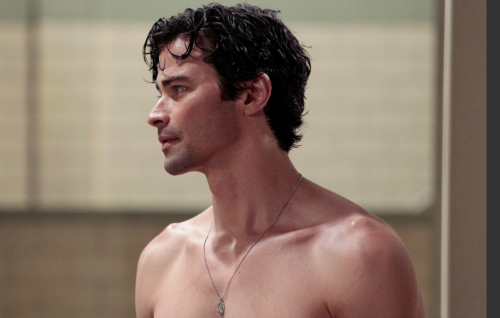 Griffin Munro (Matt Cohen) gets embroiled in this too. Maxie Jones (Molly Burnett) will be stunned when she learns that Griffin was also involved with Claudette and Griffin learns some new info about his past from Claudette that floors him.

Kristina Corinthos (Lexi Ainsworth) and Aaron Roland (John DeLuca) get an intriguing offer from Sonny Corinthos (Maurice Benard) and Carly Corinthos (Laura Wright) about a business idea. Aaron and Kristina will take new steps in business and in their personal lives.

Just when things seem settled for Kristina, Parker Forsyth (Ashley Johnson) shows up in town ready to explore romance with Kristina. General Hospital spoilers hint that Parker also can’t stop thinking about Kristina and this puts Kristina in a terrible position, tempted by both.

Once Laura Spencer (Genie Francis) gets the truth from Spencer Cassadine (Nicolas Bechtel) that Nikolas Cassadine (Nick Stabile) is alive, she’s furious with her son. Now that her grief has been replaced with anger, Kevin Collins (Jon Lindström) reminds Laura of something.

Remember he told her he had a clue about the Helena Cassadine (Constance Towers) mystery but Laura was in no frame of mind to listen because she was grieving. Once the grief is cast aside, Laura and Kevin discuss what he’s discovered.

Laura will share the news with Lulu Spencer (Emme Rylan) that Nik is alive. Laura and Kevin take off to Cassadine Island to confront Nikolas and explore the Helena mystery. Lulu and Dante Falconeri (Dominic Zamprogna) will follow not long after. 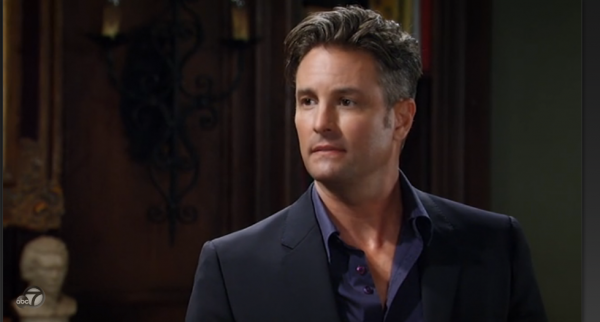 Carly keeps pressing for the kidney truth and the mystery deepens and takes her to uncomfortable places. What Carly doesn’t know is that someone else is investigating the kidney donor and she’s shocked when she finds out who and why.

Lucy Coe (Lynn Herring) is back in town and she schemes to steal Kevin away from Laura. Lucy sets up one of her classic convoluted schemes involving fake blackmail and someone from out of town. Unfortunately, Lucy’s ally turns out to like Laura and the plan goes awry.

Sonny will comfort Alexis Davis (Nancy Grahn) after her Julian Jerome (William deVry) near-death ordeal but soon a new mystery man will become a support for Alexis. Is new romance on the horizon for Alexis even while Julian faces up to his legal troubles?

Naomi Dreyfus (Robin Riker) is back towards the end of summer sweeps and stirs up trouble. She’s got an attachment to Liz that can’t be denied and that will soon come out. Hayden Barnes (Rebecca Budig) sparks romance with Hamilton Finn (Michael Easton). 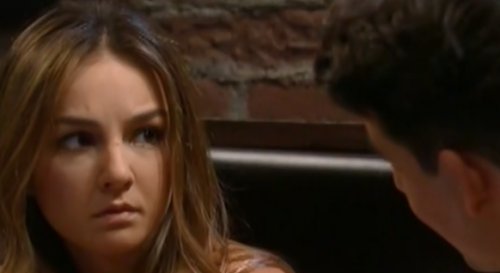 Finn is also fighting for his life and Hayden and Tracy Quartermaine (Jane Elliot) team up to save his life. They have to get access to his costly medicine and fund his research so Finn can find a cure. Meanwhile, the GH serial killer mystery amps up.

Valerie Spencer (Brytni Sarpy) is assigned to the case and the killings at the hospital continue. Epiphany Johnson (Sonya Eddy) worries these deaths will force the closure of the hospital. Valerie discovers the culprit but may be killed herself before she can reveal the bad guy (or gal).

There’s lots coming this summer on GH. Don’t miss a moment as mysteries heat up in Port Charles and Greece and new romances spark. Check back with CDL every day for lots more General Hospital spoilers and news.