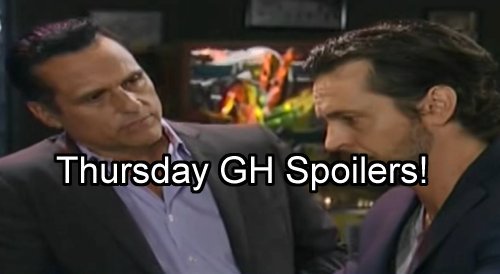 Hot new General Hospital (GH) spoilers for the Thursday, September 1 episode reveal that Griffin has an update on Liz’s condition, Hayden confronts Finn before she’s taken to jail, Bobbie feels slighted, Jason and Sam prep for their big day, and Sabrina has a confession for Michael.

At GH, Hayden Barnes (Rebecca Budig) chases down Hamilton Finn (Michael Easton) in the doctor’s locker room to confront him and tell him she knows what he’s trying to do. Finn is trying to protect Hayden but it won’t work and her time has run out. 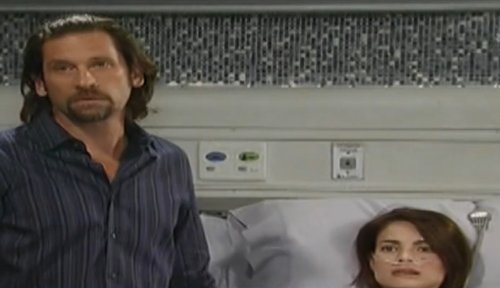 Jordan Ashford (Vinessa Antoine) hauls Hayden off to the PCPD based on the talk she overheard between Elizabeth Webber (Rebecca Herbst) and Franco (Roger Howarth). But will Liz spill the truth about the diamonds yet or will she hold back on that for now?

Dr Griffin Munro (Matt Cohen) stops by Liz’s room with some test results. How bad is Liz’s head wound and how many bones were broken in her fall? Despite those injuries, the bigger concern is whether Paul Hornsby (Richard Burgi) will come back to finish Liz off. 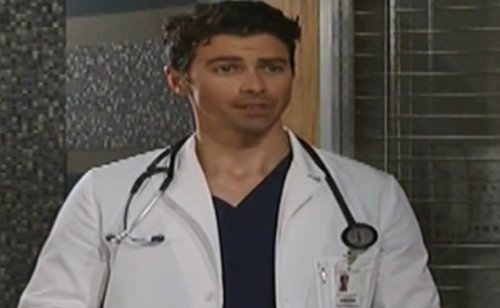 Sabrina Santiago (Teresa Castillo) sits down with Michael Quartermaine (Chad Duell) to have a talk about the state of their relationship. Joe Rivera (Jeffrey Parise) wants visitation with baby Teddy and that doesn’t sit well with Michael. He may push Sabrina to choose sides.

Meanwhile, Joe runs into Sonny Corinthos (Maurice Benard) at The Floating Rib. Sonny doesn’t like the guy just because he looks like Carlos – plus Sonny is still under the impression that Carlos shot him, so there are lots of hard feelings there. 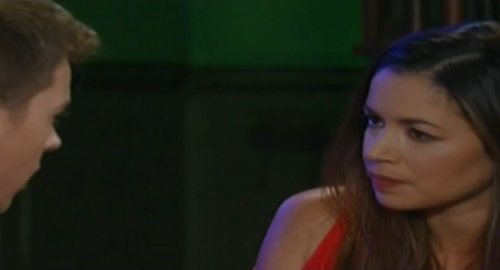 Sonny threatens Joe not to make the same mistakes that Carlos made. Joe knows that his brother was a criminal and killer, but he won’t appreciate Sonny making assumptions about him particularly after he’s worked so hard to be a good man and different from his twin.

Bobbie Spencer (Jacklyn Zeman) drops by Casa Corinthos to visit with her daughter Carly Corinthos (Laura Wright) and baby Avery. Bobbie is surprised to find Nelle Hayes (Chloe Lanier) there and Carly talks through everything with her mother. 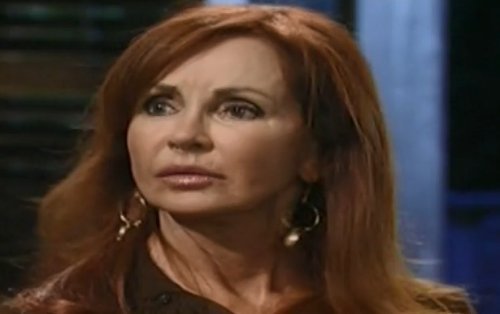 Nelle overhears a conversation of Carly’s and asks her if she’s keeping something secret. Nelle continues to worm her way deeper into Carly’s life and we know this can’t be good. Bobbie offers to help take care of Avery but Carly wants to keep Nelle in the job.

Jason Morgan (Billy Miller) brings Sam Morgan (Kelly Monaco) a pair of chopsticks for them to split and make a wish. This looks like a nod to their last wedding at Noddle Buddha. They are in preparation mode for their Friday wedding which looks beautiful! 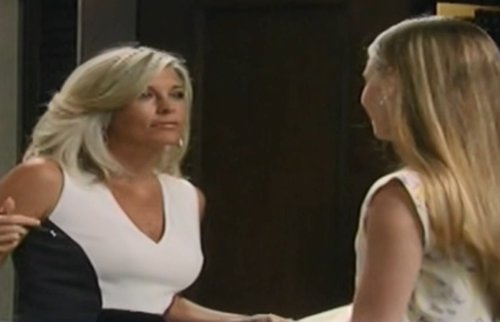 Carly has to get their house in shape since she and Sonny are hosting the JaSam wedding and Damien Spinelli (Bradford Anderson) is already on the way. We have to wonder when Jason will find out Liz is hurt and whether little Jake Webber (Hudson West) will be at the wedding.

All this and more coming on the Thursday, September 1 GH episode. Share your comments below, be sure to watch this exciting episode and check back with CDL often for all the latest General Hospital spoilers and news.