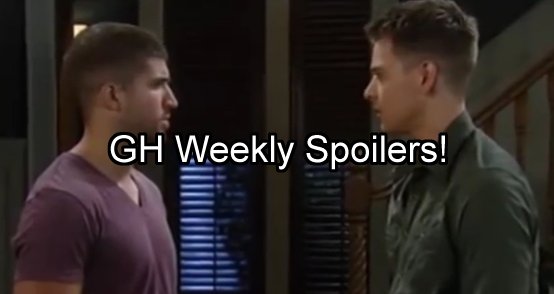 New General Hospital (GH) spoilers for episodes the week of Monday, August 8 to Friday, August 12 reveal that Sam lands in the hospital, a surprise guest at Bobbie’s birthday sends guests reeling, sexy Dr Joe scrubs in at GH, Chloe Lanier debuts, and Ava and Kiki have it out over Morgan.

As the week kicks off, there’s lots of action at GH. Sam Morgan (Kelly Monaco) is stunned by the diagnosis she gets from Dr Hamilton Finn (Michael Easton). Jason Morgan (Billy Miller) is shocked when Liz Webber (Rebecca Herbst) tells him to butt out of her life and go take care of Sam.

Dr Joe Rivera (Jeffrey V Parise) landed a job at GH and Sabrina Santiago (Teresa Castillo) is surprised to see him there. Looks like they’ll be working together since she also got her job back at GH. As serial killer suspicions run high, Finn urges Liz that Franco (Roger Howarth) could still be the culprit. 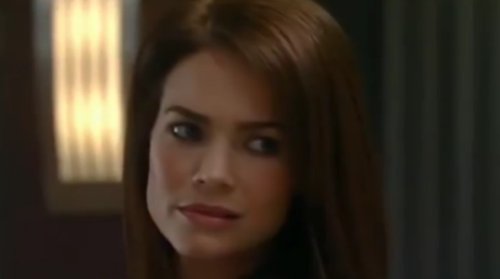 Liz goes to Franco later in the week to talk about him walking away from their fledgling romance and Dr Liesl Obrecht (Kathleen Gati) intervenes when Jason hassles Liz about spending so much time with Franco. That’s unsettling…

Ava Jerome (Maura West) has a busy week. She comes home to find her apartment wrecked. Is Huxley (Trent Dawson) in Port Charles searching for the statue he wants? Ava and Laura Spencer (Genie Francis) find common ground this week.

Ava and Kiki Jerome (Hayley Erin) have an explosive fight over Morgan Corinthos (Bryan Craig). Ava wants Kiki to dump him and Kiki wants her mom to butt out. Morgan also drops by to rant at Ava about pressuring him to dump Kiki in the first place. 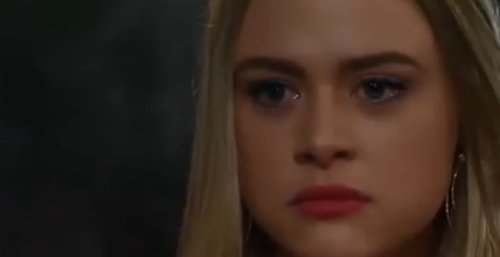 Chloe Lanier debuts as Nell (unless GH has changed her name) and it looks like she might be Josslyn Jacks’ (Eden McCoy) kidney donor or perhaps another mystery character. Bobbie Spencer (Jacklyn Zeman) and her family celebrate her birthday and this may be where Nell shows up. People are shocked.

Carly Corinthos (Laura Wright) fights to keep the peace but may fail. Will Jasper Jacks (Ingo Rademacher) and Sonny Corinthos (Maurice Benard) control their tempers? Michael Quartermaine (Chad Duell) makes a plea to someone this week.

Lulu Spencer (Emme Rylan) goes to tell Hayden Barnes (Rebecca Budig) that Nikolas Cassadine (Tyler Christopher) was alive but is “dead” again – although GH fans know that he’s not dead. Hayden will be stunned. Finn gets closer to Hayden when he opens up to her again. 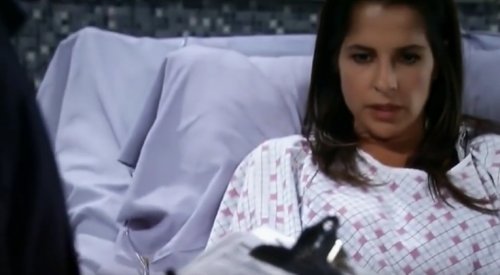 Lulu is haunted by two incidents from Cassadine Island – the skeleton with her dad’s bling on it and the empty envelope with the address where mystery lady Daphne lived. It won’t be too long before Lulu decides to go back to Greece looking for answers and closure.

Laura accidentally eavesdrops on Kevin Collins (Jon Lindström) and Lucy Coe (Lynn Herring). Lucy obviously wants Kevin back but the guy just took a bullet for Laura so it’s not likely he’s going to jump at a chance to get back with his ex-wife.

Andre Maddox (Anthony Montgomery) gets an interesting offer from PCPD Chief Jordan Ashford (Vinessa Antoine). Julian Jerome (William deVry) is surprised when Alexis Davis (Nancy Grahn) stops by for a jailhouse visit – this likely relates to Sam’s diagnosis because she needs his help.

Alexis has a rough week ahead since she’s got Sam’s illness to cope with and then Kristina Corinthos (Lexi Ainsworth) discovers her mom broke her and Parker Forsyth (Ashley Johnson) up and Kristina lets her mom have it about meddling in her love life.

All this and more on the GH episodes the week of Monday, August 8 thru Friday, August 12. Watch every day and then come back to CDL for all the latest General Hospital spoilers and news.