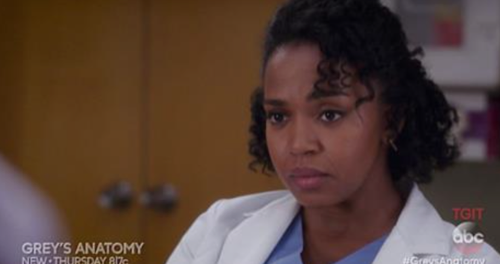 On the last episode, Arizona and Callie clashed over Sofia’s future. Did you watch the last episode? If you missed it, we have a full and detailed recap right here for you.

On tonight’s episode as per the ABC synopsis, “Owen and Amelia grow closer as their romance progresses. Meanwhile, Alex gains insight into his future with Jo; and Callie and Arizona’s custody arrangement proves to be far from harmonious.”

This episode looks like it is going to be a great episode and you won’t want to miss it, so be sure to tune in for our live coverage of ABC’s “Grey’s Anatomy” Season 12 Episode 23 at 9 PM EST!

Owen and Amelia’s relationship is moving quite fast for something that’s been undefined for the past couple of weeks. Yet, Owen did seem like he was in a bit of rush on tonight’s episode of “Grey’s Anatomy” when he sold his trailer and went out to buy his own house on Amelia’s suggestion. So while the two of them have been happy talking about marriage and speaking hypothetical about children, they naturally thought their friends and family would support them. And instead Meredith appeared to have a problem with the way their relationship was going.

Meredith was initially the person that told both Owen and Amelia to take a chance on each other however she had a problem with Owen selling the trailer. And she later refused to say a single thing, either negative or positive, about whether Owen and Amelia were moving too fast. So Amelia had noticed that and she had tried to get Meredith’s opinion on what was happening because she was concerned. But, Meredith did what she normally does in these situations. She just pretended like Amelia was blowing things out of proportions before she walked away.

And so Amelia was left feeling like maybe she did push things when honestly all she wanted was some answers. However, she was never going to get them until Meredith was ready and Meredith hadn’t been ready then. She hadn’t wanted to tell Amelia what was really bothering her so she left Amelia in limbo while she went to go speak with Alex.

Alex and Meredith were working on two teenagers that had been brought in after the boys had gotten sick during their Driver’s ED class. Though Arwin and Rhys weren’t all that fazed about being sick. They had been joking around with each other and making fun of their teacher who was apparently dating Rhys’s mother. Only Rhys knew that his mom wanted to break up with his teacher so he kind of told him about it after the older man began to annoy him by acting as if he was already Rhys’s stepfather.

So at first Meredith and Alex were trying to see to the care of the two boys yet the X-ray had come back with some negative results and so they had to follow up on that by doing further tests. And so they didn’t get a chance to talk until their patient was going through his CT scan. However, Meredith was still deflecting when she was talking to Alex. She told him that she didn’t want to go through the whole wedding thing again with brochures and a stupid dress. And then she asked him to save her the trouble of having to do that again with him so she just wanted to elope with Jo if Jo ever took his ring out of the drawer.

Only Jo hadn’t thought about that ring in a long time and Alex hadn’t brought him up lately. The two were finally back on the right footing and so they were merely enjoying what they have now rather than think about the future. Though, elsewhere in the hospital, Jo was on Amelia’s shift and the two were busy trying to keep the peace between Stephanie and her ex-boyfriend Kyle.

Kyle was the patient that Stephanie had dated and dumped. So it was only reasonable that Kyle didn’t want to see her or have her treat him when he had to be readmitted. Yet, Stephanie didn’t care about what he wanted because she wanted to be involved. Make that needed to be involved. She had dumped him earlier not because she didn’t want to be with him, but because she hadn’t liked being the person that had to wait outside and be scared for him.

So once she realized that she would always care, even when they were broken up, she had gone out of her way to defy his orders and Amelia’s to see him. And they talked about what happened which seemed to help them both cool off. However, Stephanie was worried about his surgery. She had thought it was risky and so she had tried to talk Amelia out of doing. Only Amelia reassured her that everything was going to be fine.

Amelia was good at what she does and so she knew that she could do the surgery successfully. But later Meredith had knocked some of Amelia’s confidence. Amelia had tried talking to Meredith again and that time Meredith just went off on her. Meredith had accused her of wanting someone else life when she should have living her own. So she told Amelia that she lived in her house, taking care of her kids, doing her husband’s job, and moving in with her best friend’s ex-husband. And the implication was that there was nothing Amelia could that hadn’t been done by someone else.

And therefore Amelia went on to walk into surgery doubting herself. She had been confident before and there was probably of her that knew Meredith had only said those things because she wanted to rain on everyone that was happy if she couldn’t be yet Amelia hadn’t been as strong as she should’ve when she walked in the OR. So it was just one disaster after another until she was forced to call time of death for Kyle.

Though Stephanie had been watching the surgery from the viewing room and so she saw the moment when Kyle died. So the only way Stephanie could make peace with his death was to walk away. Both from the hospital and from Amelia who had tried to express her condolences, but was rebuffed.

Amelia had tried and she had failed. At least that’s how Stephanie and Amelia saw it. So Amelia later did something that could be considered reckless yet she felt like she had to do it in order to move on with her life. As well as get pass what Meredith said. Amelia went on to propose to Owen. Although she didn’t want to wait around to get married because she wanted to marry him as soon as humanly possible.

Which explains why she was wearing a wedding dress in next week’s promo, but Meredith was finally told that she was mean on tonight’s episode when Riggs confronted her about what she felt towards Amelia and Owen. So the two argued about it and then they shared a surprising kiss. That somehow didn’t seem forced or just venting off steam.

So a surprise pairing and a surprise proposal. But Alex had tried to ask Jo to marry him again and this time Jo said no. She didn’t want to get married and therefore Alex has to figure out whether he can live with her decision or want something else from someone else. And so they could break up next week like the way Callie broke up with Penny.