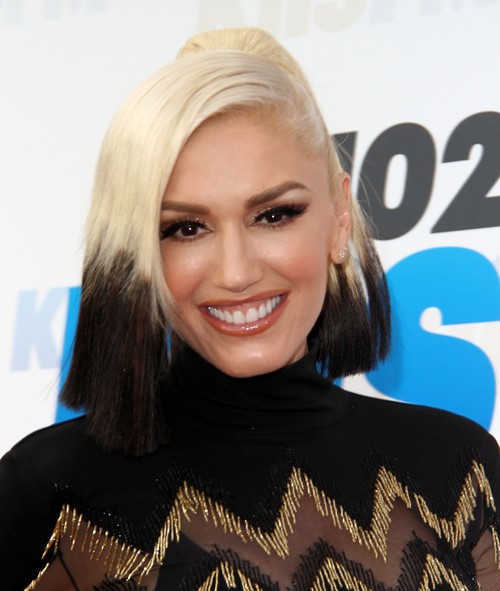 Gwen Stefani and Blake Shelton wedding rumors have been floating around for months, ever since The Voice couple began packing on the PDA, fans have been waiting patient for an engagement announcing. But, don’t hold your breath. According to a new report, Gwen Stefani and Blake Shelton won’t be getting married any time soon – in fact when Blake popped the question, Gwen reportedly said “No!”

Earlier this month Gwen Stefani was photographed rocking a hefty diamond ring on her wedding finger, and marriage rumors about her and Blake Shelton kicked in to overdrive. Strangely, neither of The Voice stars ever acknowledged the ring or the wedding rumors.

According to a new report from National Enquirer, Gwen Stefani is “holding on to” the ring that Blake Shelton gave her, but she did not accept his proposal. Her country music singing boyfriend is hoping that she will have a change of heart (a diamond of that size would have the power to sway any woman’s mind).

Gwen Stefani seems infatuated with Blake Shelton, why would she say “No” to his marriage proposal? National Enquirer’s inside sources are reporting that Gwen is having doubts, because of her and Blake’s age difference. Plus, she had to keep her three kids in mind, and the fact that she doesn’t want to have any more children. The source added, “She fears Blake won’t be happy in a marriage where he might never be a father.”

Of course, the obvious and most glaring reason Gwen Stefani is hesitant to say her “I Do’s” is her trust issues. After the Gavin Rossdale nanny debacle, who could blame her? Besides, Blake Shelton wasn’t always the perfect boyfriend. Remember all of the cheating accusations he faced when he was married to Miranda Lambert? Who is to say once the honeymoon stage wears off Blake’s eyes won’t start to wander again?

It sounds like Gwen Stefani is finally starting to get her heads out of the clouds and start to think a little more clearly about her and Blake’s “perfect relationship.” What do you guys think, will she eventually change her mind and marry Blake Shelton? Or is this the beginning of the end of their whirlwind romance?