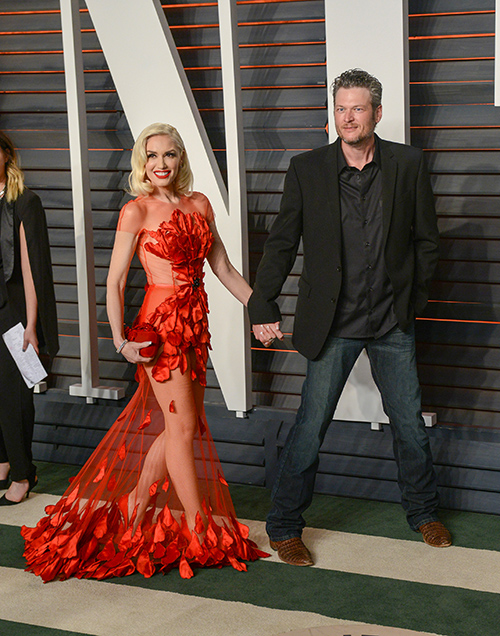 Gwen Stefani just dissed Miranda Lambert. HARD. The media has been in a frenzy over The Voice stars’ Blake Shelton and Gwen Stefani’s relationship – seeing as how they began dating just moments after their divorces from Miranda Lambert and Gavin Rossdale, respectively. Of course, Gwen is capitalizing on all the press she has been receiving and is dropping a new album on Friday, March 18.

Gwen Stefani’s album is packed full of love songs to Blake Shelton, as well as several shade-worthy songs directed towards Gavin Rossdale. And, in one song, she even goes as far as to diss Blake’s ex-wife Miranda Lambert. It’s no secret that there is no love lost between Gwen and Miranda. Miranda suspects Gwen and Blake of cheating long before her marriage to Blake was over, but it looks like Gwen feels a certain type of way about Miranda too.

In one of her many songs dedicated to her love life, Gwen appears to be referring to Miranda as a “stupid girl.” In Gwen’s new song “Rare,” she seems to be praising her boyfriend Blake Shelton, and then she turns around and disses Miranda.

Check out the lyrics: “You’re my answer, one that no one knows, And I can’t believe it, that you even exist … You’re rare, and I’m loving every second of it, don’t you know, You’re rare, and only a stupid girl would let it go”

Considering the circumstances, there really is no doubt in anyone’s mind that Miranda is the “stupid girl” Gwen’s singing about in her new song. The question is, how will Miranda react? Does she have a couple of sassy lyrics up her sleeve? What’s even more interesting is that Blake Shelton seems to be 100% supporting Gwen’s album – and is totally cool with her dissing the woman he was previously married to. Ouch!

Are you Team Gwen or Team Miranda? Is Gwen just being petty at this point? Is she wrong to keep rubbing her relationship with Blake in his ex’s face? Let us know what you think in the comments below!