Halle Berry at 50 Years Old: Actress Desperate For A Boyfriend, Career In Crisis? 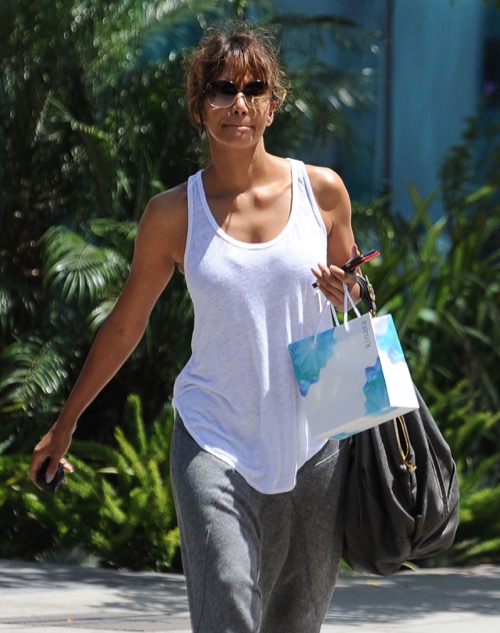 Halle Berry might be one of the most beautiful women in the world, but she’s had a hard time finding and keeping a man by her side. That’s why the Hollywood actress is apparently desperate to find a boyfriend as both her career and her personal life are in crisis.

Halle Berry’s love life has always been quite turbulent for the Hollywood actress. Her last marriage with hot-tempered French actor Olivier Martinez ended as quickly as it began. And of course, no one can forget how Olivier Martinez allegedly fought Halle Berry’s former boyfriend and the father to her daughter Nahla Aubry, Gabriel Aubry back in 2012. Where there’s Halle Berry, there’s definitely drama.

And now it seems like the ‘X-Men’ actress is looking for love again but this time around she’s using social media. Single and with not much to do (her last feature film was well over two years ago), Halle Berry has been taking to her Instagram account to search for a new man in her life.

According to Star Magazine, Halle Berry is using social media to meet potential suitors and get back in the dating game, especially now that she’s 50-years-old. One insider dished, “She’s ready to expand her horizons with men and is hoping someone reaches out to her online.”

The only problem though is that most of the world knows about Halle Berry’s tumultuous past, which included rocky marriages to not only Olivier Martinez, but to ex-spouses Eric Benet and David Justice. Plus, Halle Berry’s drama with her ex Gabriel Aubry made international headlines as she apparently tried to take their daughter Nahla Aubry to France with Olivier Martinez back in 2011.

Halle Berry’s plans were derailed when Gabriel Aubrey fought and won split custody of their daughter Nahla, forcing the Halle Berry and Olivier Martinez to stay put in California.

Of course, Oliver Martinez’s temper wasn’t easy to deal with either. Along with his Gabriel Aubry fight, he also got physical with an LAX employee by shoving him with a baby seat while making his way through the airport last year. Halle Berry surely doesn’t want to make the same mistake twice and that’s perhaps why she’s looking at different alternatives to find love again.

Tell us CDL readers, do you think Halle Berry has a chance of not only finding true love but someone special through social media? Let us know what you think by dropping us a line below!