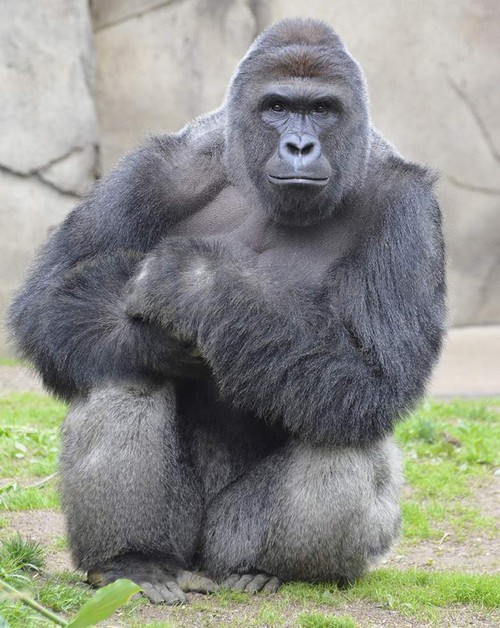 Michelle Gregg could face criminal charges once the review is complete. A spokesperson for the Cincinnati Police Department said that once the investigation and review are complete an update will be issued to the media.

Deonne Dickerson was not at the zoo with his family when the horrifying incident occurred. Previous reports state that the young child wandered away from his mother, climbed over a barricade and fell 15-feed into a moat area of the Gorilla World enclosure.

Video of Harambe standing over the boy and dragging him through the water have been seen worldwide. Zoo officials stated they had no choice but to shoot and kill Harambe a 17-year-old male silverback.

The family of Michelle Gregg issued a statement on Monday, May 30. “We extend our heartfelt thanks for the quick action by the Cincinnati Zoo staff. We know it was a very difficult decision for them.”

World renowned Animal expert Jack Hanna, and other animal experts worldwide, have agreed with the decision made by the Cincinnati Zoo.

The complete statement from the Cincinnati Police Department can be found on Twitter and reads, in part, “The review is only regarding the actions of the parents/family that led up to the incident and not related to the operation or safety of the Cincinnati Zoo.”

Three have been several comments on the CPD’s Twitter statement, including, “They [Michelle’s children] have been removed TWICE before for NEGLECT. She’s a *** poor mother.” Another reveals, “there have also been serious death threats & slanderous comments made to Michelle on social.”

Any investigation into the zoo falls under the jurisdiction of the United States Department of Agriculture.